April Bloomfield knows burgers, as evidenced by the amazing versions she serves at The Spotted Pig and The Breslin, so when she announced a burger-centric spot it immediately hit my radar.  I made it to Salvation Burger within the first two weeks of opening and it was already running smoothly.

Bloomfield’s other forays into the burger scene have used less common, more polarizing ingredients.  If you’re not a fan of pungent blue cheese the one at The Spotted Pig won’t float your boat.  And if you don’t dig lamb and feta, you won’t be feelin the one at The Breslin.  But if you’re into a tried-and-true American style beef burger, Salvation Burger will appease your cravings.

There are two options: there’s the “classic”, which is sort of like their take on a Shake Shack burger.  It’s a double decker with pickles, special sauce, and a homemade cheese meant to taste like processed American…but homemade.  Everything here is homemade, actually, right down to the bun.  Then there’s the Salvation Burger, a bigger bistro-style deal at $25 (with no sides).  I’m reticent to order a burger that pricey, but with it’s caramelized onions and taleggio cheese, it’s a serious burg’.  I’m still thinking about it. 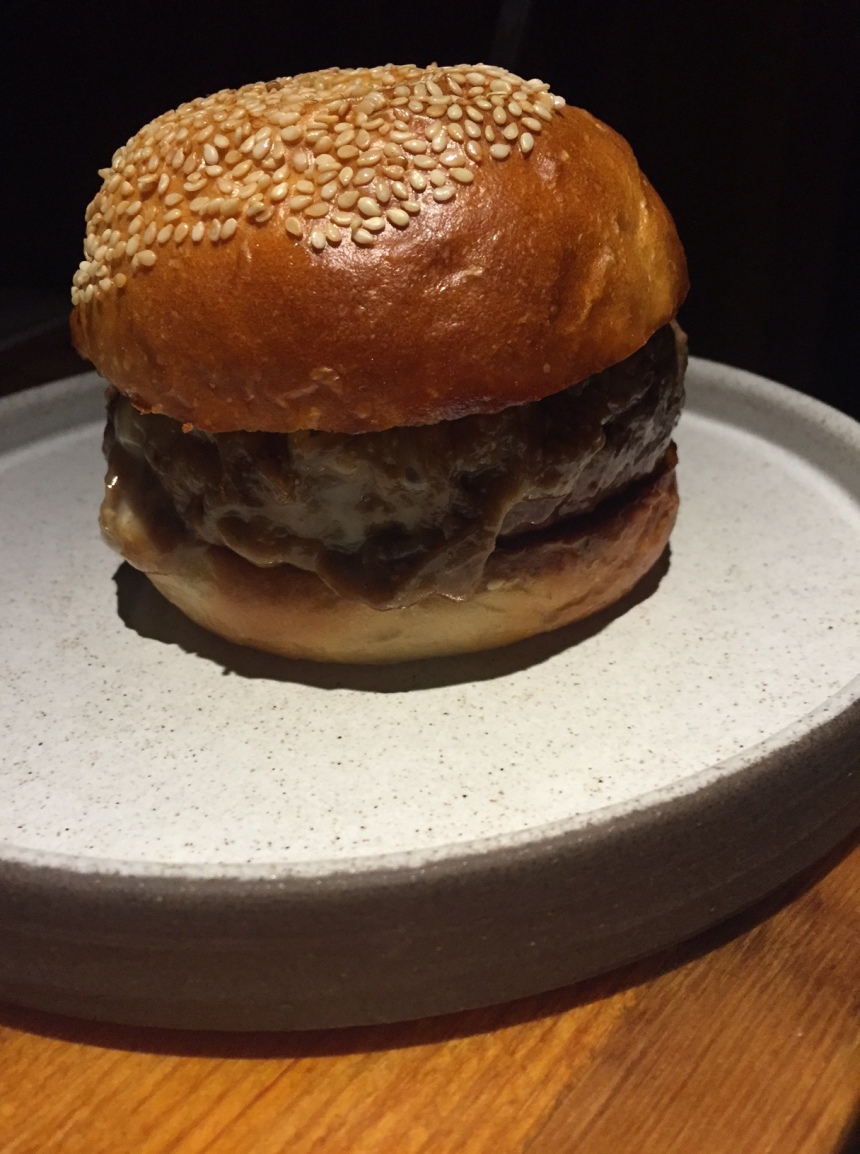 And believe it or not, I’m actually still thinking about their veggie burger.  File that under words I never thought I’d say.  It’s made with carrots, beets, and garam masala – no breading whatsoever is used to bind it.  And then there’s an herby white sauce on top.  It was fabulous. 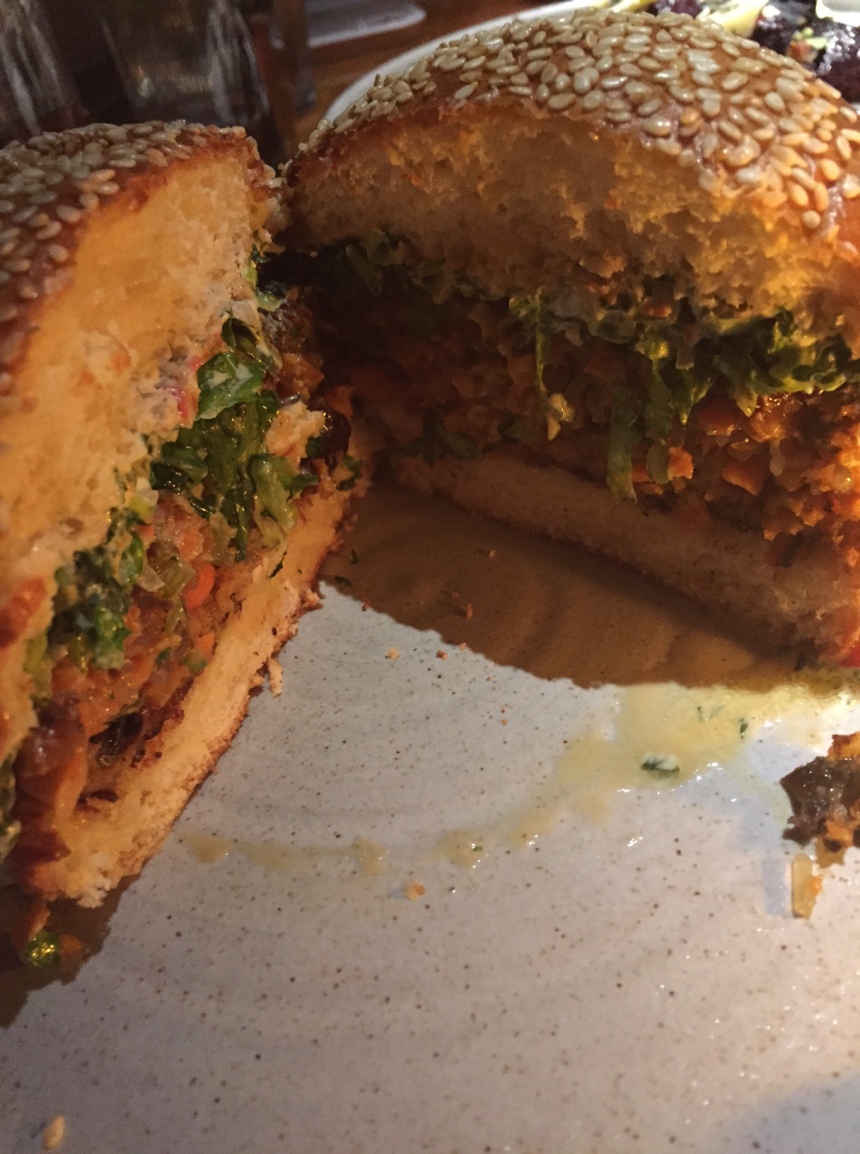 Other things I tried: the beets (roasted and topped with blue cheese and walnuts – not typical to a burger place but delicious just the same – and the fries, which were thin yet not overly crunchy.  I recommend requesting a side of the special sauce for dipping.  And then we finished the meal with a slice of pie, the parsnip chiffon pie, to be exact.  The chiffon was so incredibly light, but the pear chunks tucked inside and the candied ginger on top kept it from feeling like you just swallowed a dollop of whipped cream. 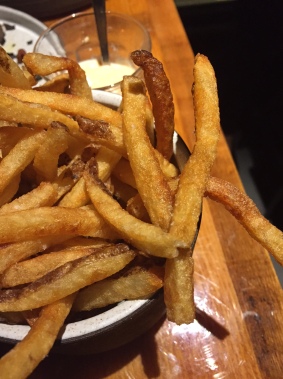 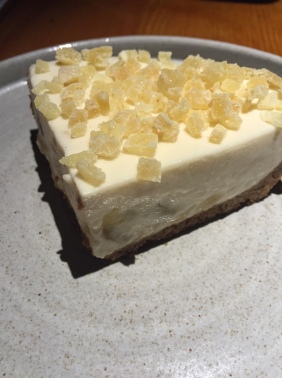 April Bloomfield has managed to knock it out of the park with every one of her restaurant ventures, and this one is no different.  I enjoyed everything I ate – even more than I enjoyed the cow shaped coat hooks (cursing myself for not taking a picture of those).  I want burgers all the time, but that doesn’t mean I always want to be in a jeans and t-shirt atmosphere.  Salvation Burger allows me to live out my burger and fries dreams, even when it’s one of my fancier days.