I was devastated when Johnny Harris closed.  That restaurant was an institution.  My grandparents went on dates there as teenagers and I have the bbq sauce shipped to me in NYC because I can’t live without it.  But as one smokehouse door closes, a window opens.  What started as a small batch sauce out of the original restaurant has grown into a full fledged restaurant of its own.

BowTie Barbecue still has the old school Savannah faves on the menu, like lamb and batterless fried chicken, but they’ve added some funky sandwiches and a craft beer and whiskey menu for a hipper, more foodie crowd.

Albert was craving straight up bbq so he got a platter of smoked pork with a biscuit, collards, and cole slaw.  He was the first to clean his plate.  Also members of the clean plate club are my father and brother, who both ate massive sandwiches on Texas toast.  My father had a simple sandwich made with just bbq lamb (his obsession from the original Johnny’s), while my brother had one of their Frankenstein sandwiches (pictured below).  Basically, their menu has several sandwiches that combine ingredients that you wouldn’t think to put together, but they totally work.  Mark’s was the Bag of Hammers, which was bbq brisket, collards, and smoked gouda. 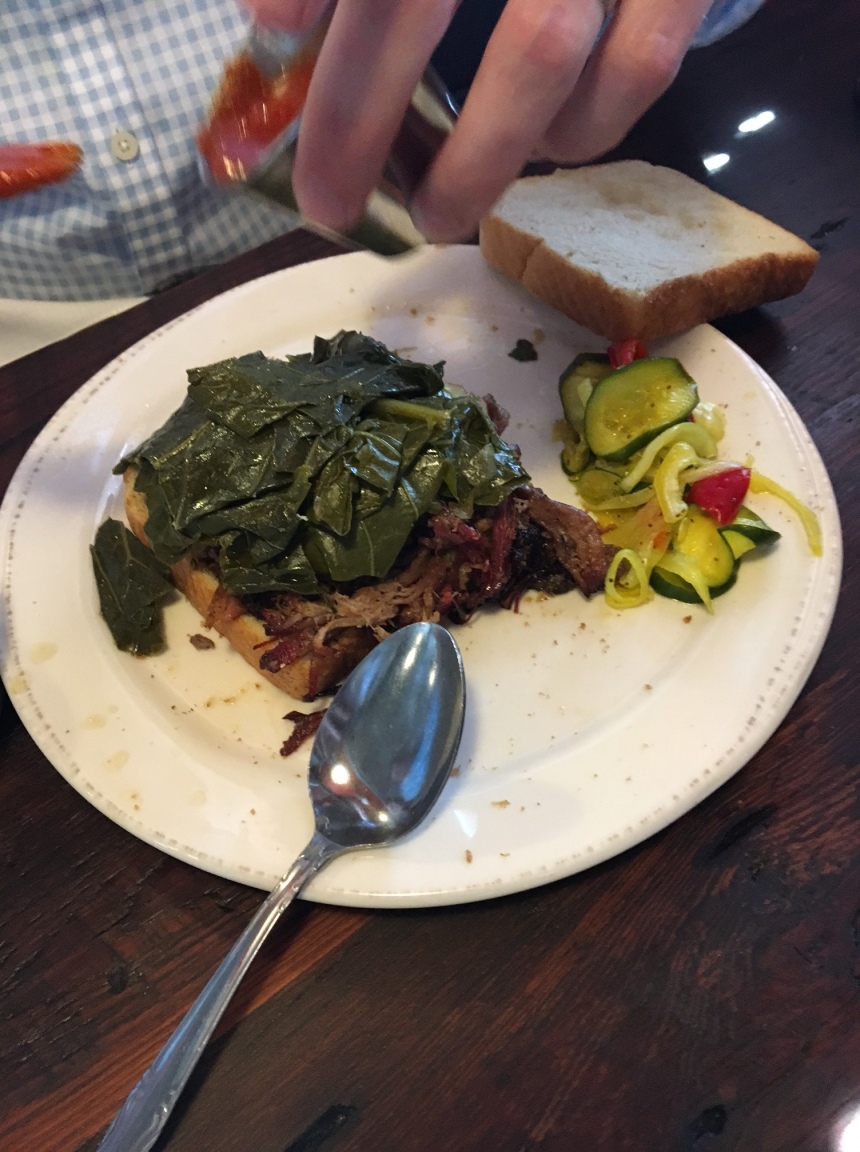 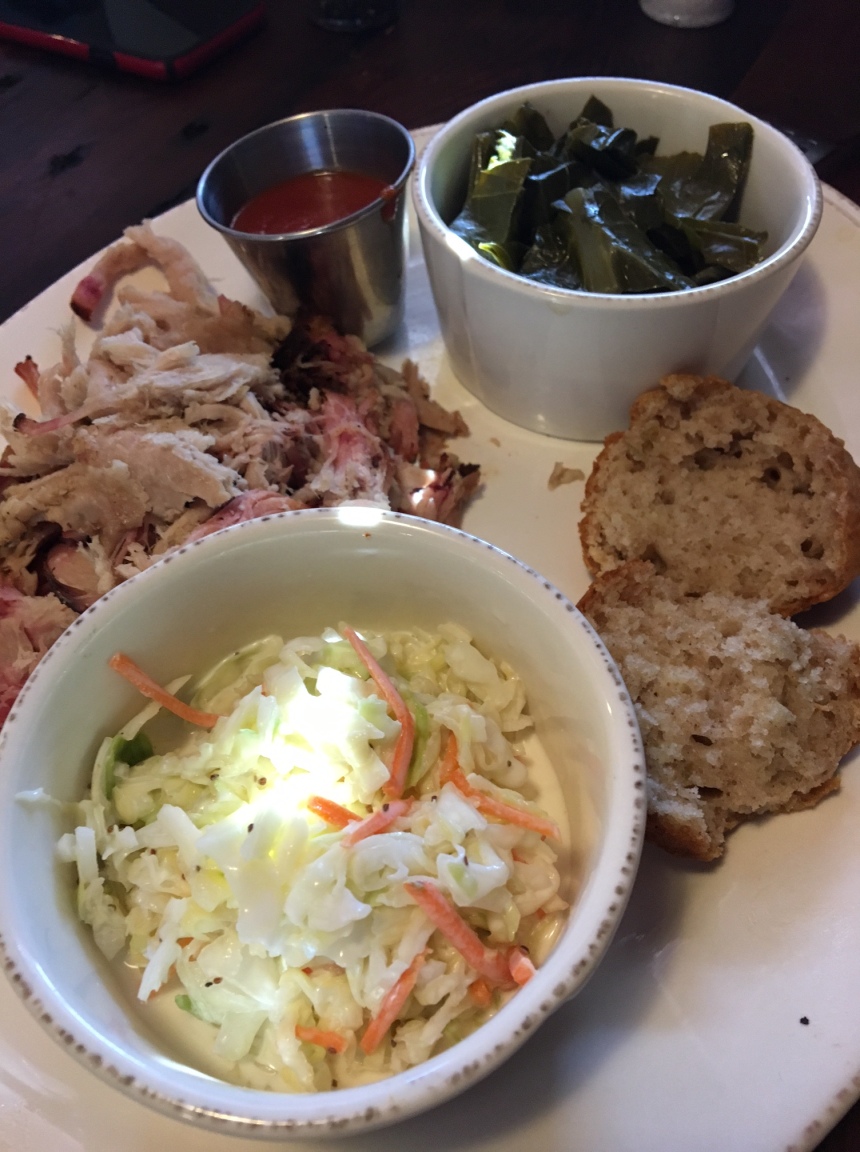 I was also a satisfied customer.  I had arguably the least traditional meal at a bbq restaurant: the salad.  The 1924 salad is topped with cucumbers, roasted bell peppers, olive tapenade, blue cheese, and a light vinaigrette.  I then topped mine with their juicy pulled pork.  It was really good and satisfying – I’m going to have to recreate it at home. 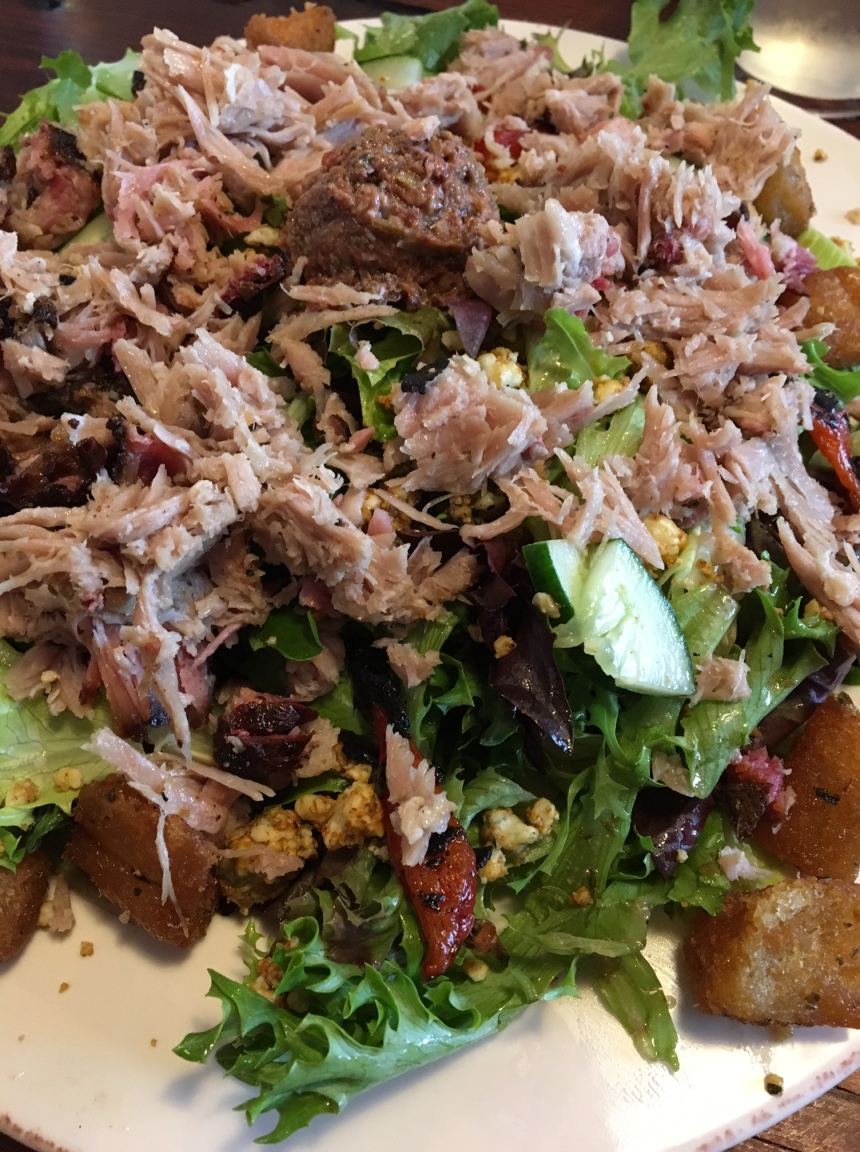 Sadly it’s the end of a Johnny Harris era, but the BowTie generation ain’t so bad!