Weekends are for weddings!  If you’re like me, with 9 weddings each year, the weekends are, quite literally, for weddings (attending them, that is).  Also if you’re like me, the weekend is a time to think about planning your own wedding.  Lots of people carve out a certain time each week for  to wedding planning (Wedding Wednesday seems to be very popular).  It ensures the wedding doesn’t take over their whole lives; however, I find that confining wedding planning to a specific time is too pressure-filled and bicker-prone.   I planned my wedding when inspiration struck.  Weekends, in particular, offer the time to let my mind roam and plan my own wedding in a stress-free environment.  In this series, I’ll take you through some of my major planning steps – hopefully this will help you plan your own wedding!

I am a pragmatic person in general and definitely took that approach when it came to planning our wedding.  As we started to organize ourselves, I found invites to be a sticking point, as is often the case for couples.  Who, exactly, makes the cut?

In many cases, the number of invites is dictated by budget.  It’s also about making sure you’re surrounded by people who you love and who love you right back.  I wanted people there because they wanted to celebrate the joyous event, not because they wanted free booze and a chance to party with all their other friends who would inevitably be invited. 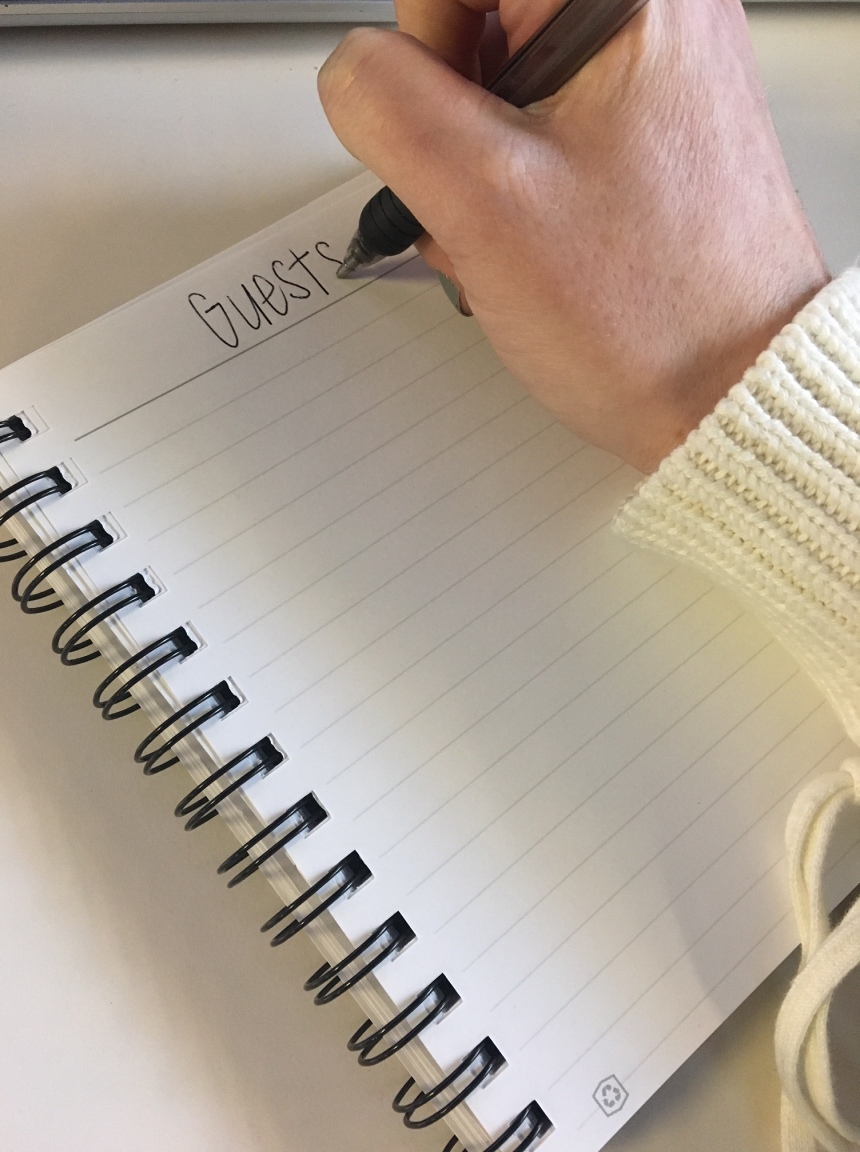 In these situations, emotions often take the lead: “well we hang out with so-and-so all the time” is something my fiancé would say to me.  Most of the time I agreed, but there were some cases where I thought…”do we?”  As in: Do we hang out with a couple all the time because we have mutual friends or because WE’re friends with them?  Are they glorified drinking buddies we only see at group hangs? And then there’s the question of who’s close enough that they should be allowed to bring a date.  As more and more such scenarios popped up, I decided to take emotions out of the equation and developed a set of rules for determining the invite list.

HOT TIP #1: When you have a rule you follow, it keeps people from getting upset or offended.  You’re able to provide clear rationale why they weren’t offered a +1, for example.  When it’s obvious everyone was subject to the same rule, folks usually don’t take it quite so personally.

We asked ourselves the following questions to determine our set of “rules”:

HOT TIP #2: It’s usually easiest to make kids an all or nothing thing or at least have an age cutoff.  The biggest thing to consider here is venue.  If the venue is, say, a hotel ballroom, it’s easy for parents to bring their kids to the reception and either bring them to a sitter in the hotel room or all leave together when the kids get tired.  If, however, your reception (like ours) is not in the same place as the accommodations, it makes it tougher.  Parents can’t just run upstairs.  To avoid hurt feelings and logistical stress, sometimes it’s easier to just say no across the board.  Another option is to provide a sitter.  (FYI: In our case, immediate family was offered the opportunity to bring kids but they all opted to leave them home to party.  I will say, I extended the offer for one other close children to come and wish I hadn’t.  It became a logistics hassle and meant that my friend ended up not staying for the whole reception.) 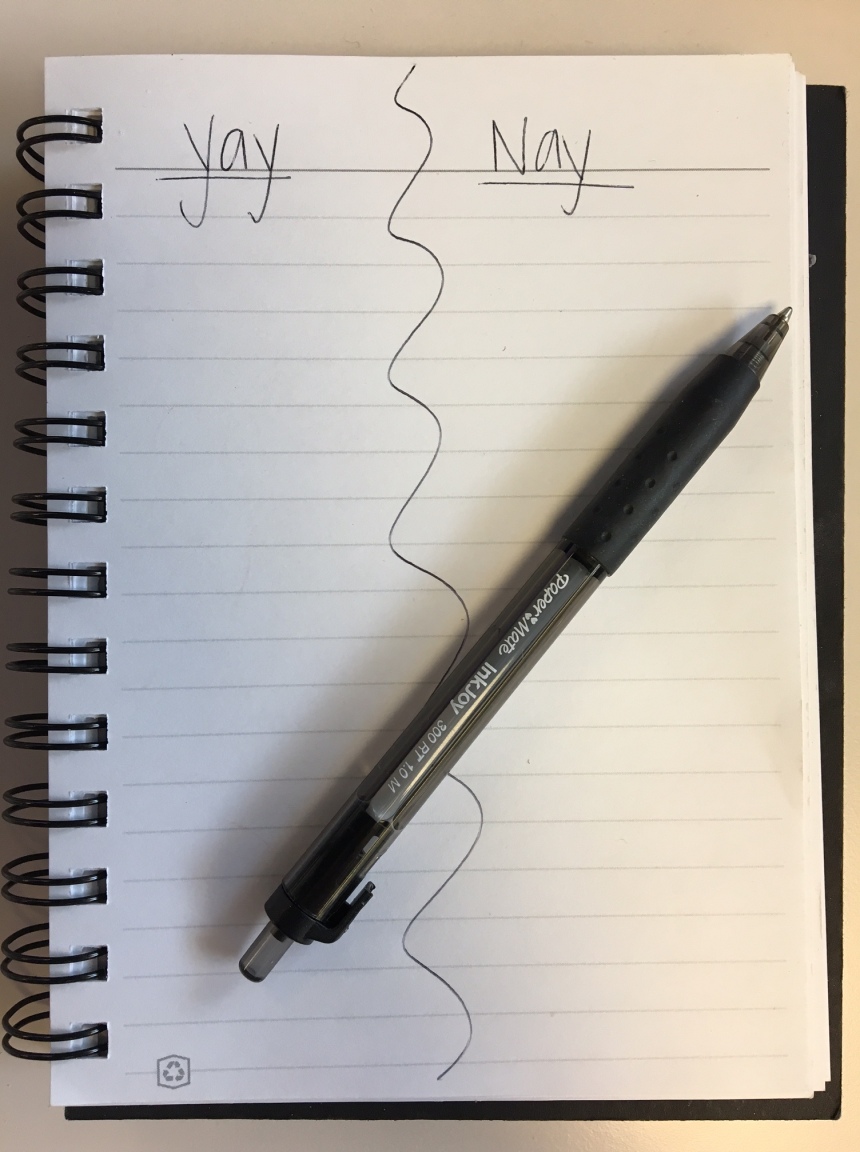 Of all the above, I’ve noticed the plus one thing is the stickiest situation.  I’ll give you an example: when I attended a wedding of a cousin who is also a friend my age, I was invited solo, even though they had met my boyfriend and we’d already moved in together.  I was bummed but assumed numbers were tight and they probably just invited married or engaged couples…until I arrived and saw some of our contemporaries brought their girlfriends with whom they didn’t even co-habitate.  It seemed +1s were offered at random, and I was hurt that I wasn’t deemed close enough for my +1 to be included, despite the fact that we were serious enough to live together and get engaged a few months later.  Had they operated according to some sort of rule, it would have been easier to understand, and I would have felt less slighted.

Fast forward to my own wedding planning.  I didn’t want to make anyone feel the way I had so we decided to only invite significant others if they were at least living together.  I’m so glad we set a rule because it can certainly get tricky.  For example, my Mom felt my cousin should be allowed to bring her boyfriend because they had become quite serious and perhaps family should be awarded the courtesy of a +1 before friends.  While I respected their relationship, it was still relatively new (they were not dating at the time the save the dates were ordered) and it also meant other cousins would need to be allowed to bring their SOs (though they’d been dating even less time) to be fair.  More importantly, though it’s close family, I didn’t feel right allowing them to bring dates but not offering the same courtesy to our friends who had been dating their SOs longer and who we’ve hung out with on multiple occasions.  Then we would maybe feel the need to offer +1s to the few remaining truly single guests so they wouldn’t feel lonely on the dance floor.  It just started snowballing.

HOT TIP #3: Clarity is important.  My family has a “no ring no bring rule” for family vacations.  My Mom mistakenly said that was our rule when allowing +1s and got called out when someone saw a non-engaged couple at the wedding.  In fact, our rule was living together, which this couple actually was, but because the one of our guests didn’t realize that, she thought another non-engaged couple was offered a courtesy that she was not.  Of course my Mom smoothed out the situation, but I wish we had been clearer from the get-go so this person wouldn’t have had to question anything.

LET’S BE CLEAR: I would have loved to invite all of those +1s. However, in our situation, it was just starting to get out of hand and we thought setting a standard across the board would offend the least amount of people.  Also, I will admit that there are often exceptions to every rule.  Stand your ground, but NOT if it risks causing a family war.  And don’t forget: if you start getting your RSVPs back and you have a little room to play, that would be an opportune time to extend the +1 invitation (i.e., a B List).