Simon is gay.  Nobody knows it yet, but he’s gay.  He’s not ashamed or tortured by it (a nuance I think is important for this story), but he’s still trying to figure out his next move.  Gay, straight, in the closet, or out of it…we’re all still trying to how we want to tell our own narrative.  Which is why it’s a problem that one of Simon’s classmates has figured out his secret and is using it as blackmail.  Now Simon has to figure out how to keep Martin at bay while also maintaining the secret email relationship he’s cultivated with another closeted student AND navigating the ever-rocky social politics of high school.

This is actually the book on which the movie Love, Simon is based.  (It just came out on video, and I’m going to try and see it ASAP.)  I can see why it has won over many a teen.  Simon seems to get how things that aren’t a big deal can be, like, such a big deal.  And isn’t that what all of high school is like?  Overall, this is a charming coming of age story. 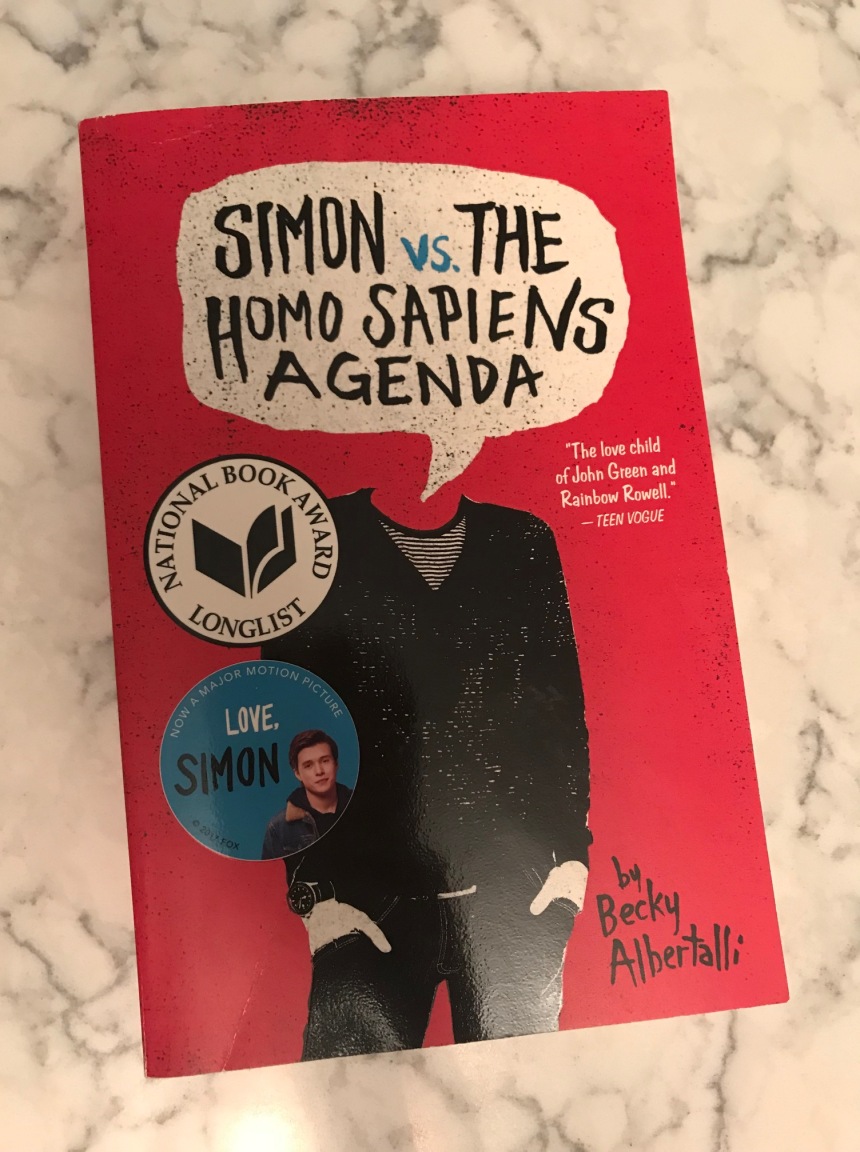