The snow is melting and we are ready to bloom! All three of these books are super quick, light reads – we’re talking 1-2 days each – which is perfect for this season, when we’re ready to just shake off winter.

For the girl who roots for young love: If you like rom-coms , this is for you. When Dimple Met Rishi is an adorable teen romance. Dimple is a modern gal who, much to her parents’ chagrin, would much rather focus on becoming a top coder than on finding the Ideal Indian Husband. Rishi is far more traditional and totally down to be setup with Dimple. There are no surprises here as you watch two teens fall for each other at a summer computer camp, but that doesn’t mean it’s not fun to watch. While it’s pretty clean cut, it’s a relatively realistic portrayal of 18-year-old life – when you’re still sort of a child (and feelings are all-consuming), but you’re on the cusp of adulthood, where things really start to matter. My main complaint: I don’t like the cover. Well, I like it, except it’s supposed to be Dimple who wears glasses, dresses partly in traditional Indian garb, and forgoes makeup and a hairbrush. Her whole thing is that she doesn’t feel the need to play into those standard assumptions of a woman’s value. It’s nice to read a book whose central character is like me and less than perfect. We always say we hate when movies have unattainable models portraying scientists…this cover, while cute, doesn’t exactly fit the character.

For the Miranda of your friend group: I’ve always enjoyed Curtis Sittenfeld’s novels, but I particularly liked this collection of short stories. You Think It, I’ll Say It shows us a bunch of flawed characters…who are just as messed up as we all kinda are. We all imagine the downfall of our frienemies, right? And even if we don’t really want or act on it, we all wonder what life would be like with a different person, don’t we? Sittenfeld puts all these thoughts out there so we don’t have to. 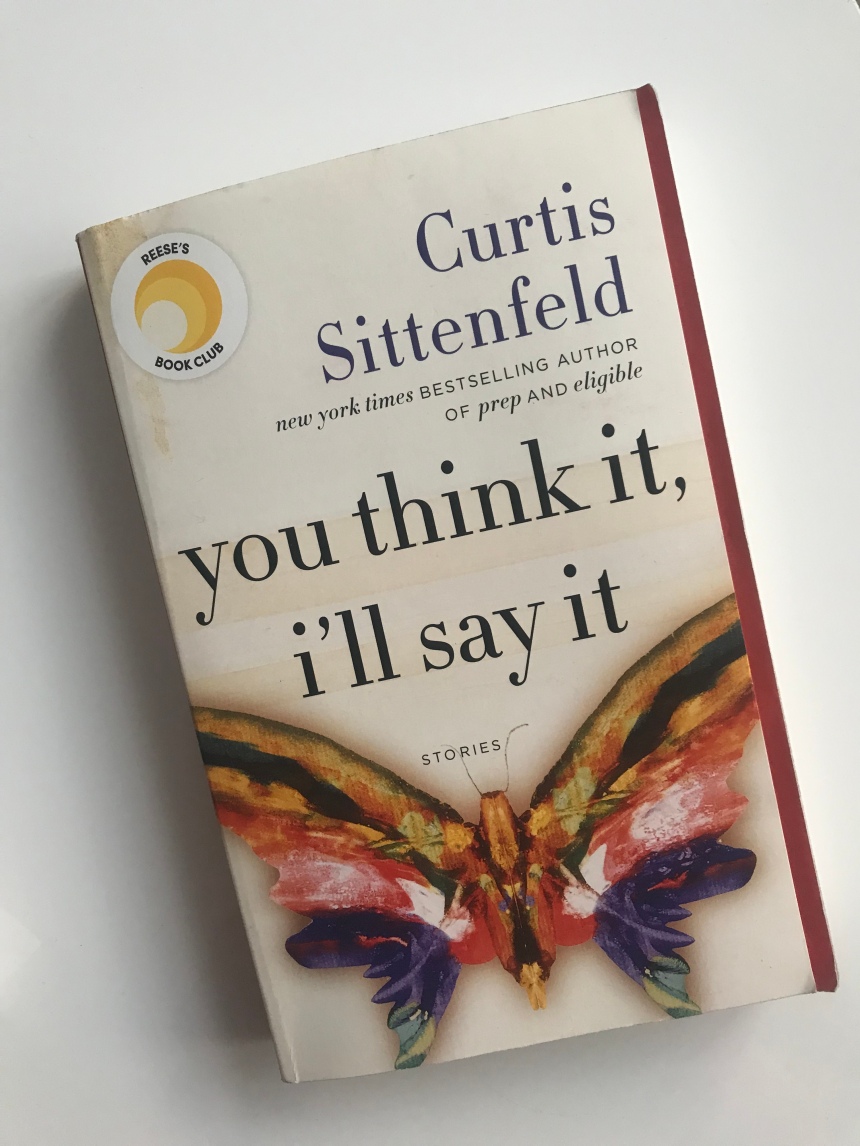 For the person who’s still staying indoors due to unseasonably cold temps: Agatha Christie’s murders may be simple compared to the Gone Girls of today, but that doesn’t mean she doesn’t churn out a good mystery. Crooked House is the perfect example of a mystery that’s simple but just interesting enough to keep our attention. When patriarch Aristide dies via poisoning, all bets are on his second wife, who happens to be about 50 years his junior. Charles hopes to marry granddaughter Sophia who won’t commit until the murderer is discovered among this house of kooks. The dialogue may be a bit cheesy (it was first published in 1949, after all), but it’s a perfect example of how Christie pretty much created this genre.