There are two directions you can go in at Genuine Liquorette, the new subterranean bar below Genuine Superette.  You can either get a drink via the Cha-Chunker, a contraption that cuts a hole into a canned beverage, into which a mini bottle of booze is inserted.  Or you can simply grab a full size bottle of alcohol from the wall and pour yourself a drink from their wide selection (including all those rando flavored vodkas).  It’s just like you’re in your own living room…assuming your living room has a lot of neon and 70s advertisements.  The bottle is weighed on a scale at the bar before and after you drink it, and you pay by the gram ($.15-.$.25).

It seems gimmicky, but that may not mean demise for Genuine Liqorette.  For one, the drinks are simple.  My cha-chunker paloma (fyi – that’s my new alter ego) was simply grapefruit pellegrino and tequila.  And it doesn’t get more simple than grabbing bottle of booze from the wall behind you and making a drink over ice or with a mixer from the bar.  The methods may be unconventional, but the drinks themselves won’t scare anyone away.  Also, the bar is located in Little Italy, which may not be far from other trendy neighborhoods, but in the immediate radius, it serves as one of the few “regular” bars.  Finally, because it’s right below Genuine Superette, you have access to that amazing fried chicken sandwich of theirs. 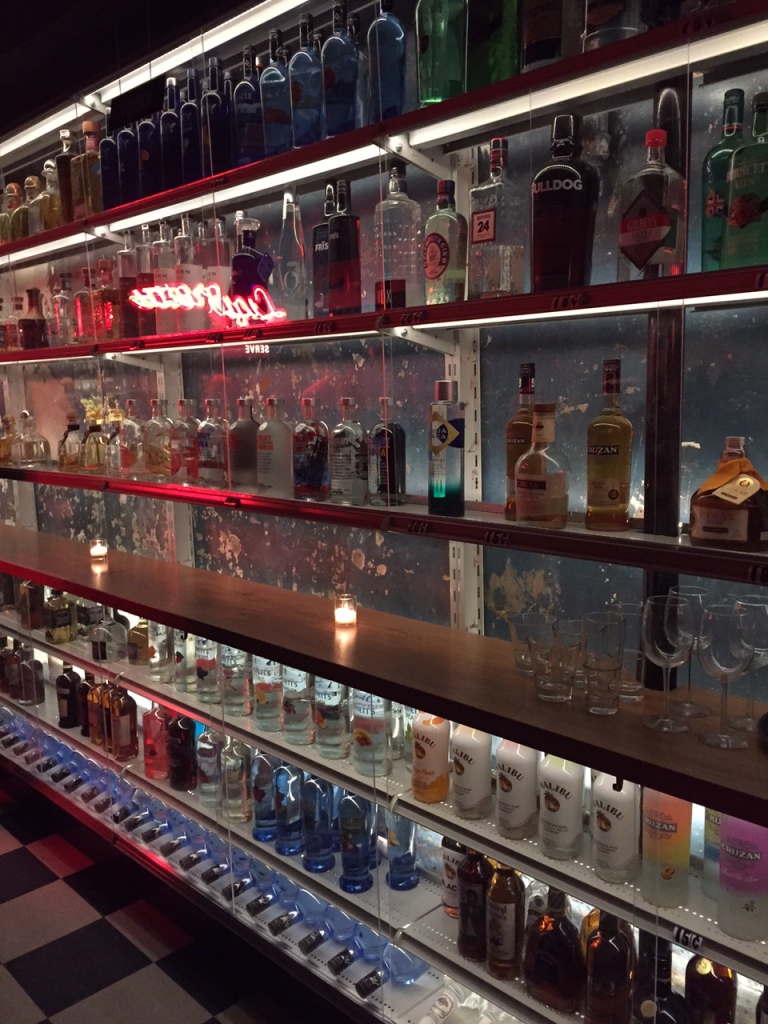 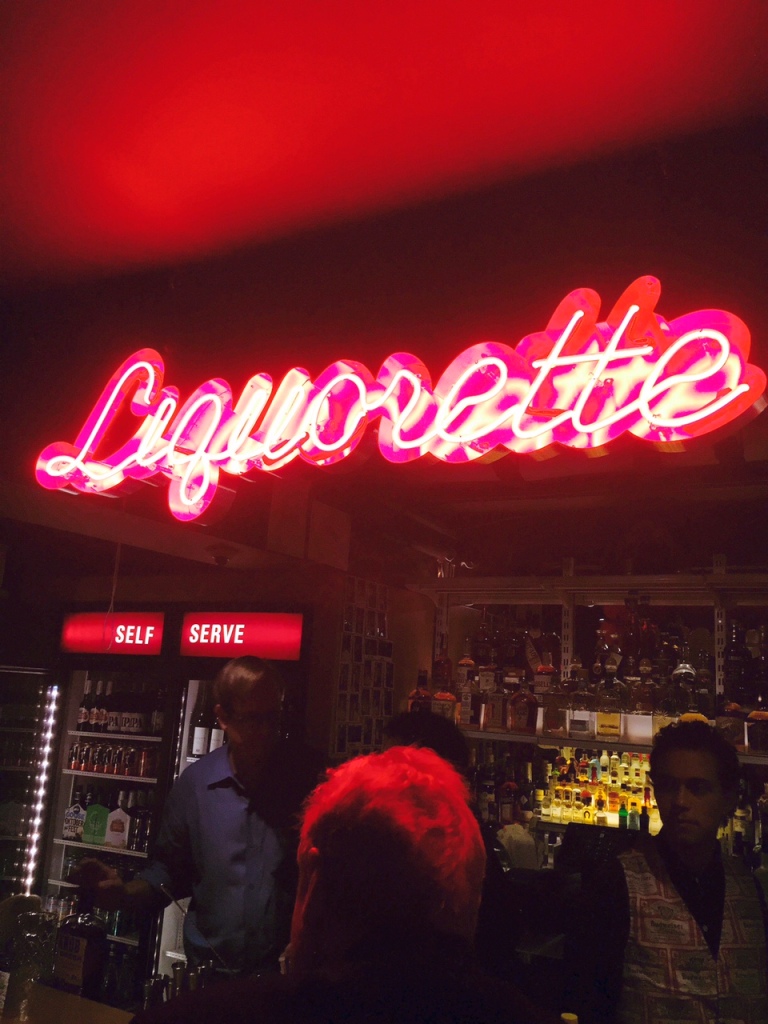 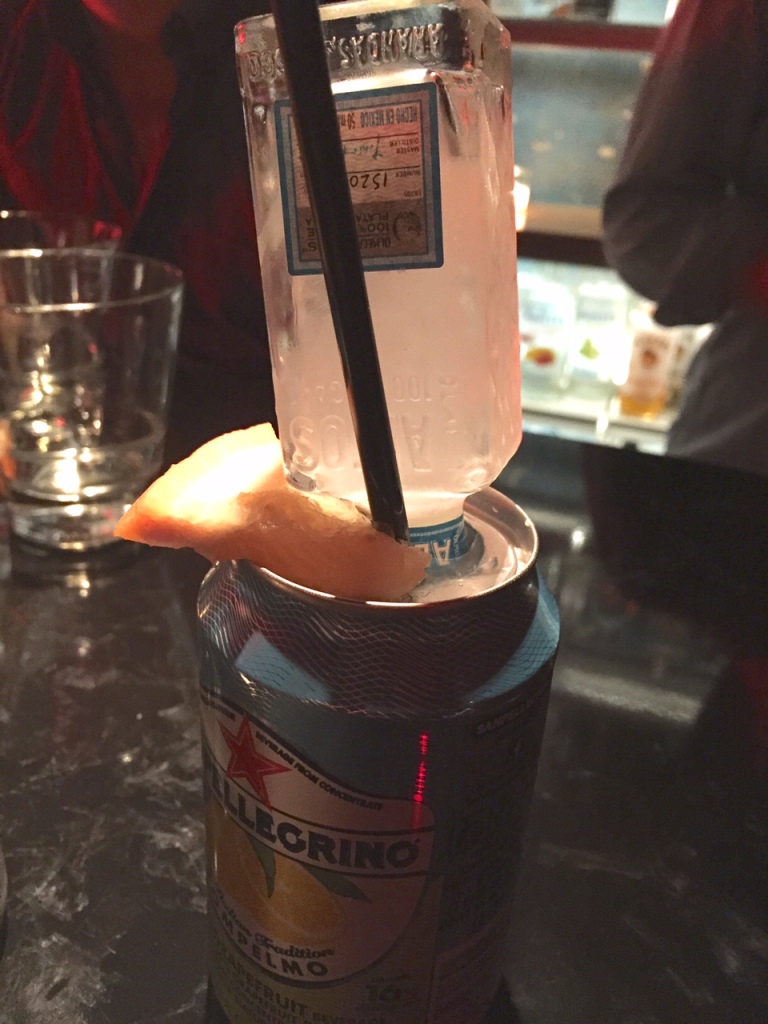