Shredded Brussels sprouts are usually used as a base for something (like a salad or hash), but I like the idea of incorporating it into another dish, like pasta.

While 1 cup of macaroni cooked up, I sauteed 2 slices of bacon (chopped) in a pan.  Next I added half of a chopped yellow onion and one clove of garlic (minced).  Once those softened, I added some cremini mushrooms and then finally a 10 oz bag of shredded brussels sprouts (or just buy the sprouts and chop them yourself til they’re shredded). 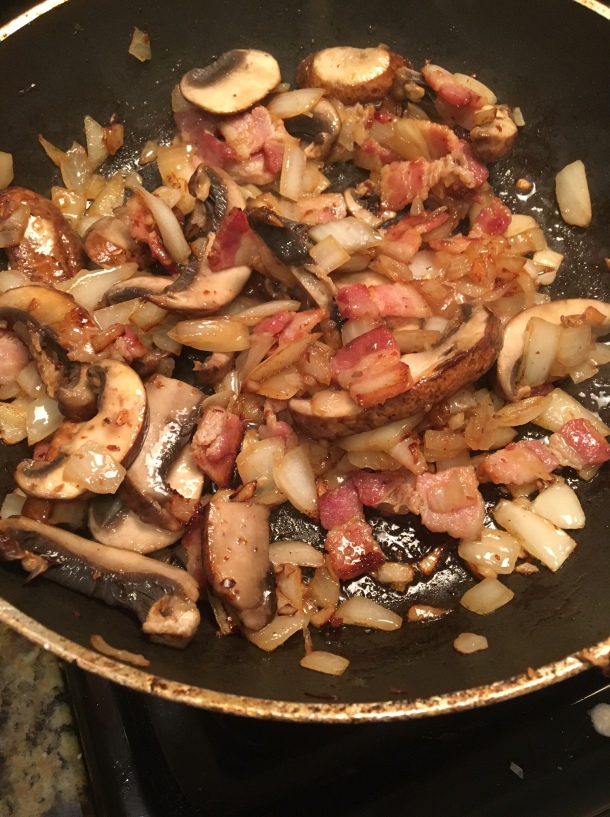 See how the onions have that gorgeous caramel color?  Yea, that’s because they’ve cooked in the bacon grease and are now flavor central.

Add crushed red pepper flakes, just a touch of half and half and a handful of grated romano – just enough to make a light sauce.  Toss with the pasta and you’re good to go. 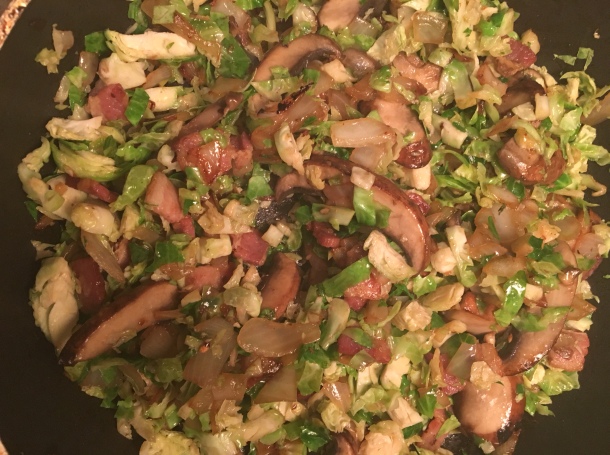 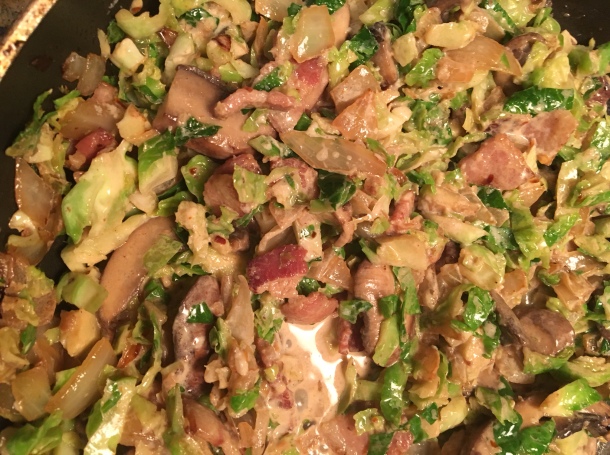 All the veg PLUS some half and half and cheese – see, you don’t need much!

I timed it: it took exactly 15 minutes from the time I dropped the pasta into boiling water (which is when I started on the veggies) until the whole thing was done.

Listen, I expected this to be ok.  It was fabulous.  The shredded brussels sprouts add a perfect crunch and there is so much flavor in just two strips of bacon.  One bowl quickly turned into two and then I had to put the rest in the fridge to save me from myself.  I’m telling you: make this.  And then give me credit.

#tbt to this #valentinesday #stoop because we all need a lil whimsy romance ❤️💗❤️💗❤️
Ok, LA, I get it; you’re really pretty and your weather is amazing. 🌅
Just a little pier pressure for today’s #tbt 🌊
7 years ago, the Niners played in the #SuperBowl and lost. The very next day, a @49ers fan decided to try and forget his sorrows by asking me on a first date. Sorry, #niners, but your loss worked out pretty well for me back then so I’m not losing any sleep over this one.
The Super Bowl may be happening right now, but I’m just over here thinkin bout my bestie’s bday. Always love dancing into another year with you, Sliz. 👯‍♀️
Ready to plan another adventure ✨ 🌺 ✨ #tbt