City Winery is a wine authority in Manhattan and now they have a beautiful waterfront space right on the Hudson.  If there’s something I enjoy more than drinking wine, it’s drinking wine on a warm day looking at the water.  I was in heaven. 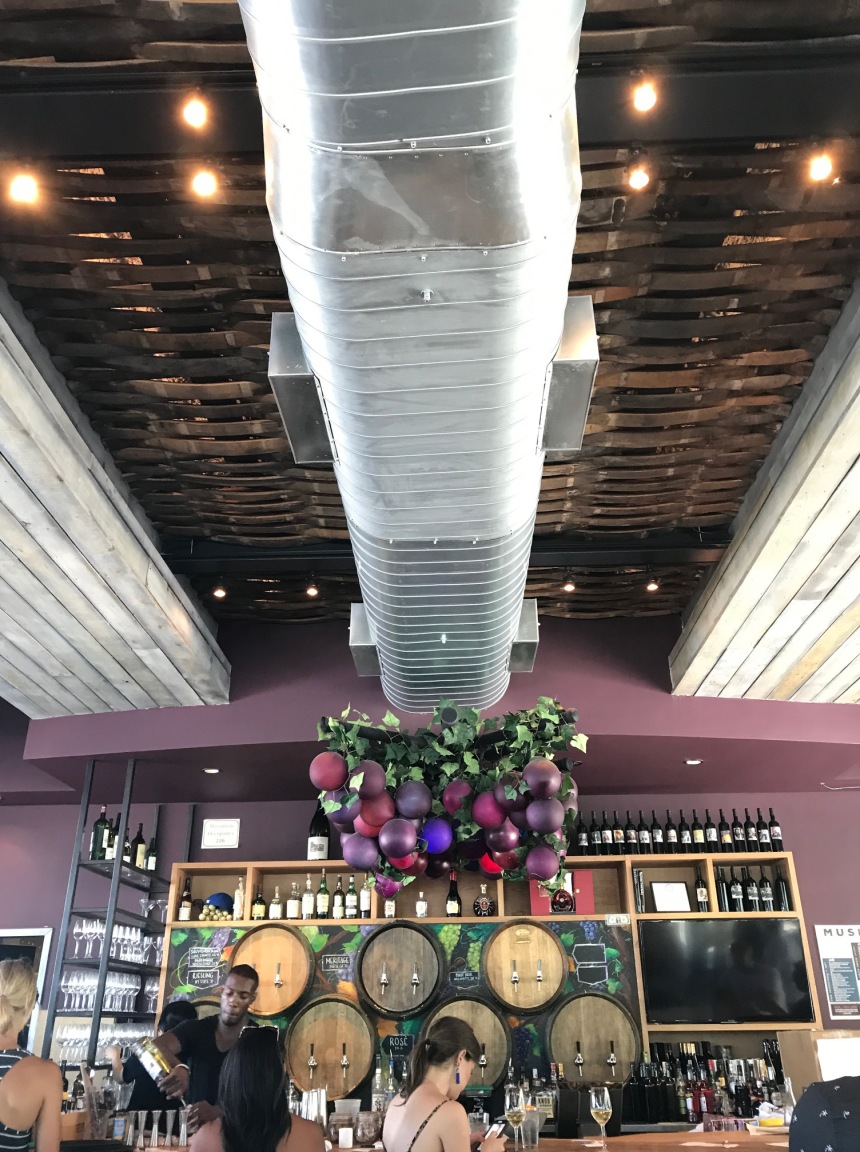 City Winery opened just under a year ago, and I’m just bummed I didn’t know about it last summer.  I intend to make up for lost time now, though.  Because it was pride weekend and between normal meal times when we arrived, we were offered a limited menu with just a few snack options.  What we tried (margherita flatbread, falafel and hummus, and the lobster roll) was all good, so I would like to go back and try some of their other menu items. 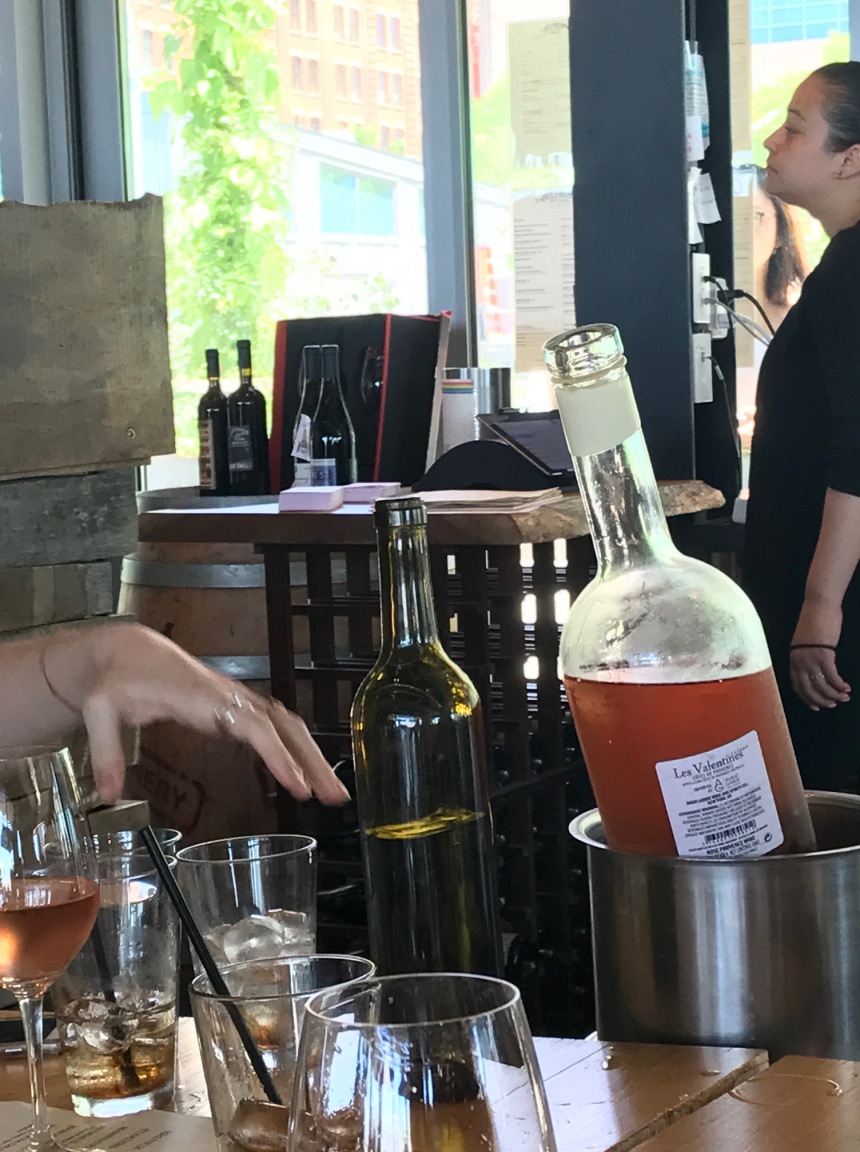 We started indoors, which still felt very open given the massive floor to ceiling windows around the whole dining room.  Since there were 8 of us and we all wanted to drink rosé, we figured we would get bottles.  The waiter suggested the triple magnum, which was the largest bottle I’ve ever seen and equated to 6 regular bottles.  It was $200 and we said “bring it out, my good man”.  They ran out of the $200 bottle so they brought us the $250 label (same size) but only charged us for the $200.  Such service!  We had two of them.  (Eep.)  And then we moved the party outside for more drinking. (Double eep.) 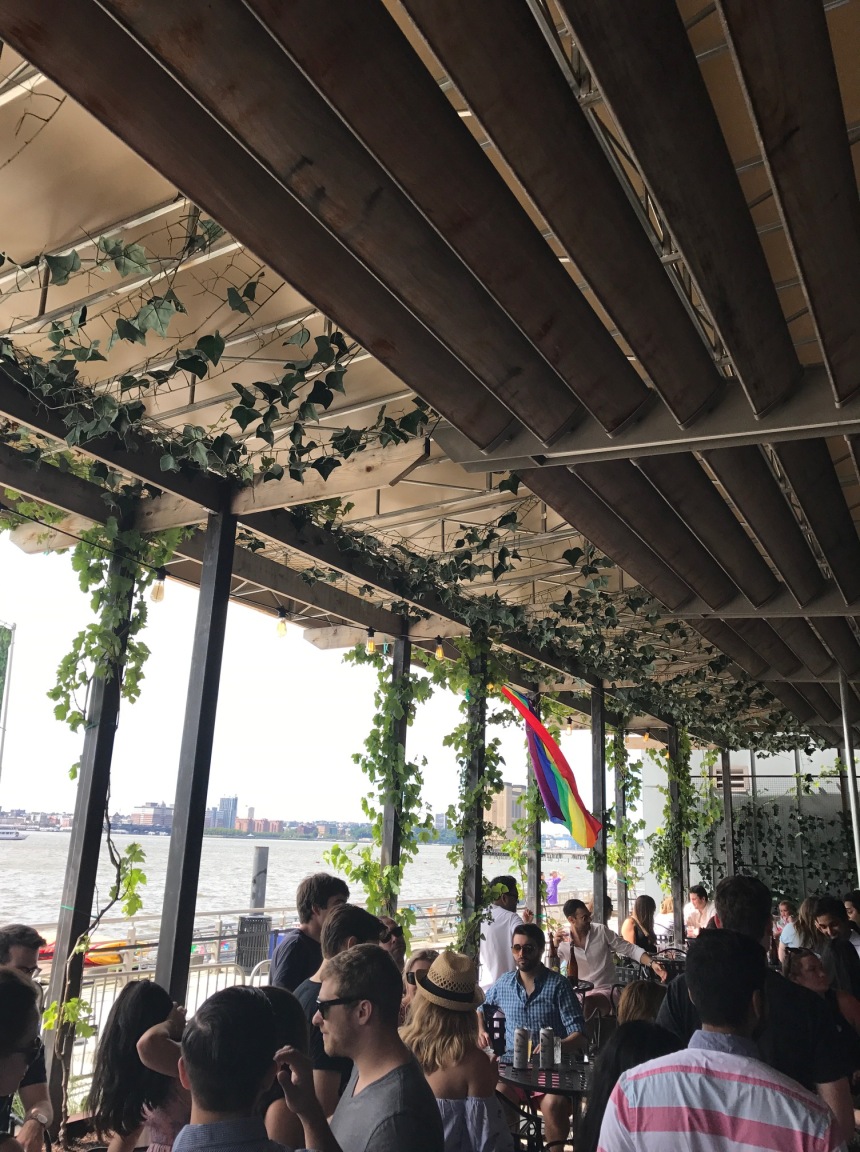 First outdoor stop was the patio, just outside the dining room.  It was lovely.  Love all the vines.  One drink there and it was up to the roof.  Also lovely with the breeze coming off the Hudson.  I don’t know if I could find one person in Manhattan who doesn’t like summertime drinks on a rooftop.  This rooftop was particularly up my alley because it was wine-focused vs. beer (though they did have two beers for those interested).  It basically felt like a grown up Frying Pan.  Wine on tap: it’s a beautiful thing.