Weekends are for weddings!  If you’re like me, with 9 weddings each year, the weekends are, quite literally, for weddings (attending them, that is).  Also if you’re like me, the weekend is a time to think about planning your own wedding.  Lots of people carve out a certain time each week for  to wedding planning (Wedding Wednesday seems to be very popular).  It ensures the wedding doesn’t take over their whole lives; however, I find that confining wedding planning to a specific time is too pressure-filled and bicker-prone.   I plan my wedding when inspiration strikes.  Weekends, in particular, offer the time to let my mind roam and plan my own wedding in a stress-free environment.  In this series, I’ll take you through some of my major planning steps – hopefully this will help you plan your own wedding!

And here’s yet another example of where Yankees and Southerners are different when it comes to weddings.  In the Tri-State area, DJs are all the rage.  A former co-worker explained it to me thusly: “I want to hear the songs in the way the artist actually plays them.  Why would I want to hear a cover?”  Meanwhile, where I grew up, it’s all about the band because there’s just something special about live music.  It’s a stereotype and generalization, but I would maybe say that my first thought upon seeing a DJ at a wedding would be “Oh they couldn’t afford a band.”  I now know that’s not necessarily the case – many people up here simply prefer DJs.  Being cheaper is a nice little bonus.  It’s all about personal preference. 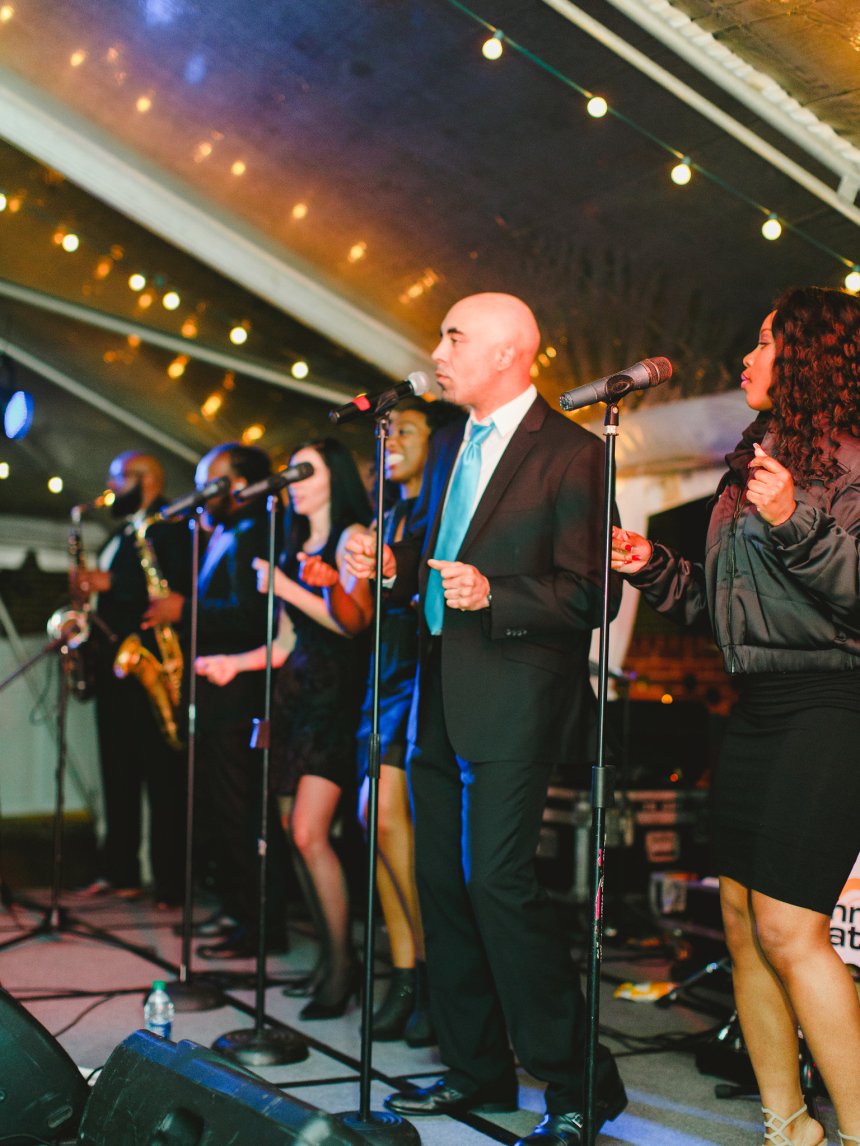 When it came to my own wedding, I still wanted a band.  It felt fancier.  It felt livelier.  It felt like a celebration.  It was important to both me and my beau to have a band to really make it feel like a PARTY.  It ranks up there as one of the things Albert cared most about during wedding planning.  He really got involved with this one. 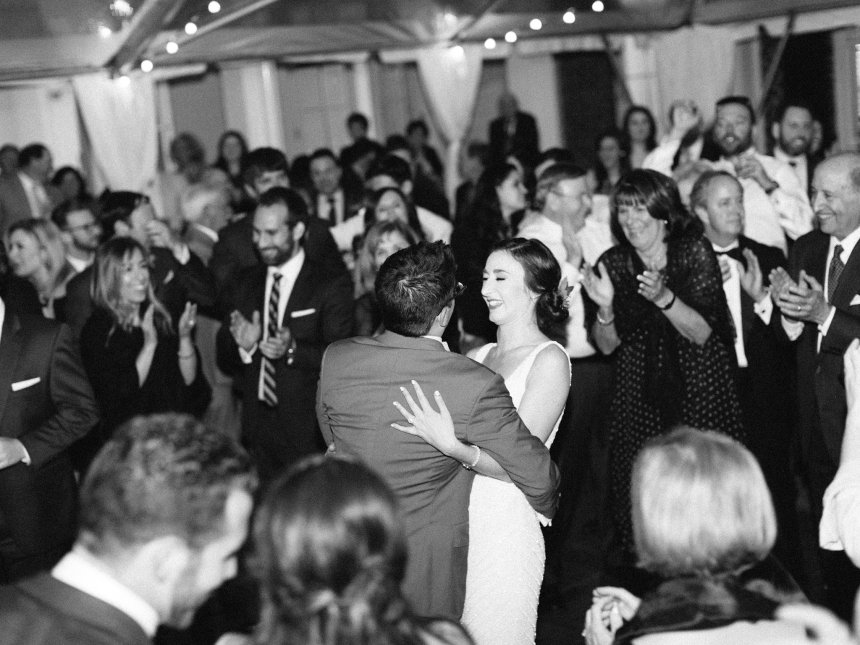 HOT TIP #1: To get this party vibe, timing is everything.  Not only should you check the band’s list of artists to make sure they have enough on their roster to maintain a dance party feel, feel free to give them an idea of when you want things to happen.  If you don’t want people sitting down for more than 30 minutes to eat, tell them!  For us, a big determining factor was the timing of the hora.  Too early and nobody gets into it…too late and people could have left.  We figured 9:30 PM was a good time.  It was an hour into the reception so people had time to eat and listen to my father’s speech, but it was still early enough that I had plenty of time to spend the rest of the reception in my 2nd dress (since I wasn’t going to change until after the hora). 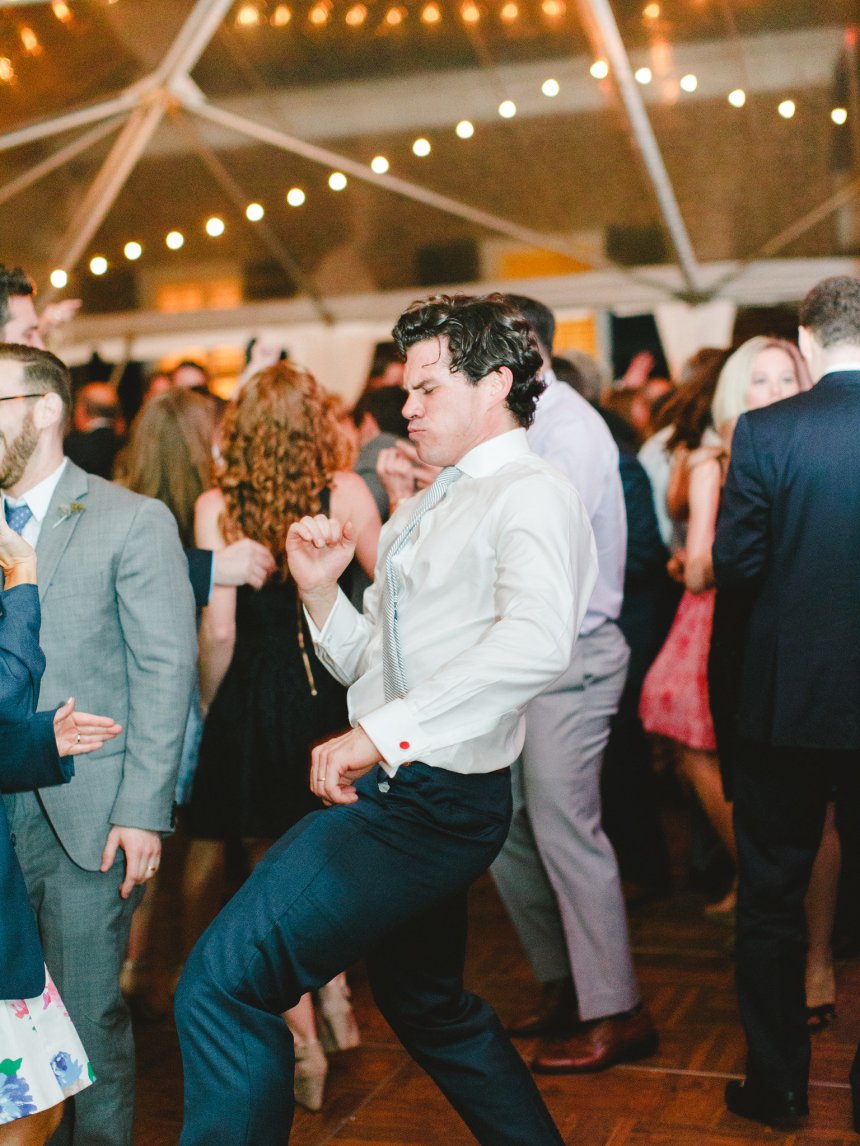 We started by looking through East Coast Entertainment‘s site, picking out the bands we liked most.  Of course, I blindly picked the most expensive band on their whole site.  Ummm time to dial it back a bit.  I had actually worked with the entertainment company’s rep while I was in college and had developed a nice rapport.  I gave him our budget and a feel for what we wanted (oldies, R&B/hip hop, and some new songs – all mostly upbeat). 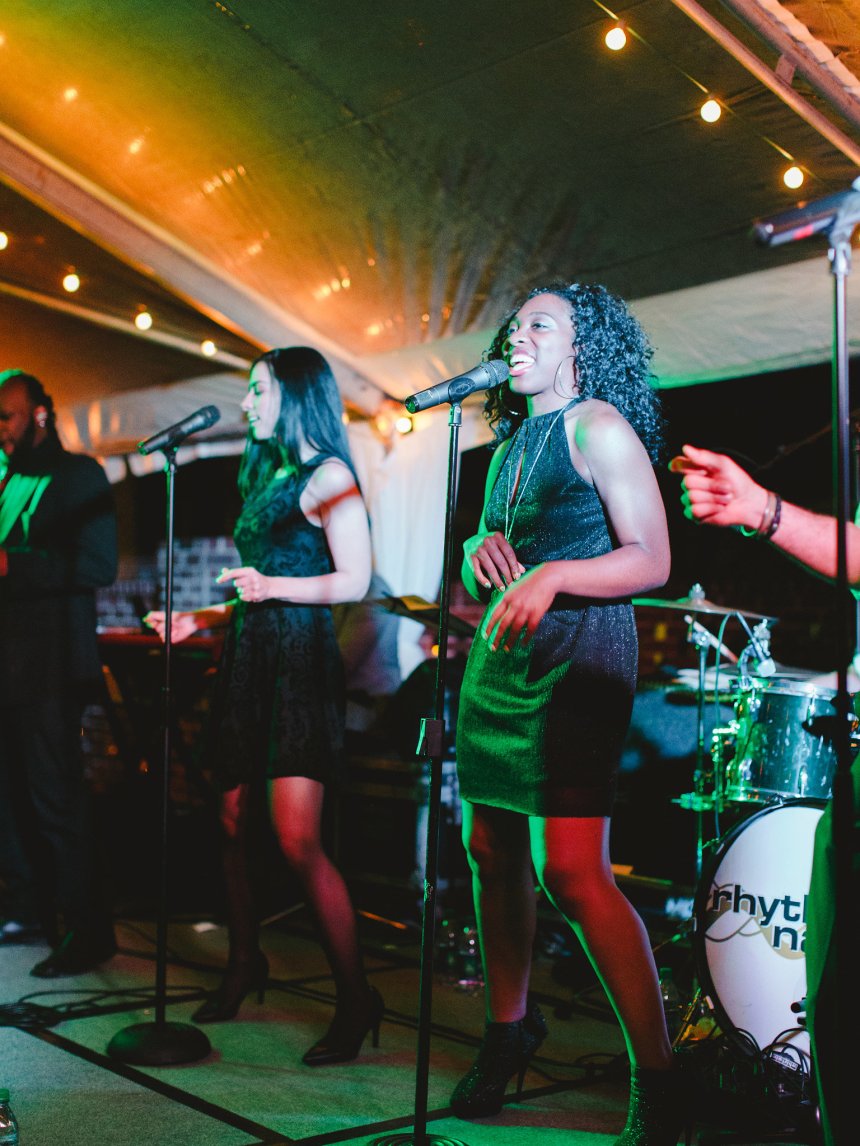 HOT TIP #2: This is what bands do for a living – trust them to read the room and don’t be overly prescriptive when it comes to song selection.  Let them gauge the mood and play calmer songs while people are eating and then pick up the tempo when it’s time for dancing.  We gave our band a very short list of songs we definitely wanted played (wedding party entrances, first dance, and “I Wanna Dance With Somebody”) as well as what we definitely didn’t want played (a simple “no line dancing” sufficed for this one).  We then pointed out a few of the artists on their roster that we particularly liked so they could get a feel for the vibe we wanted.  Other than that, we let them handle it. 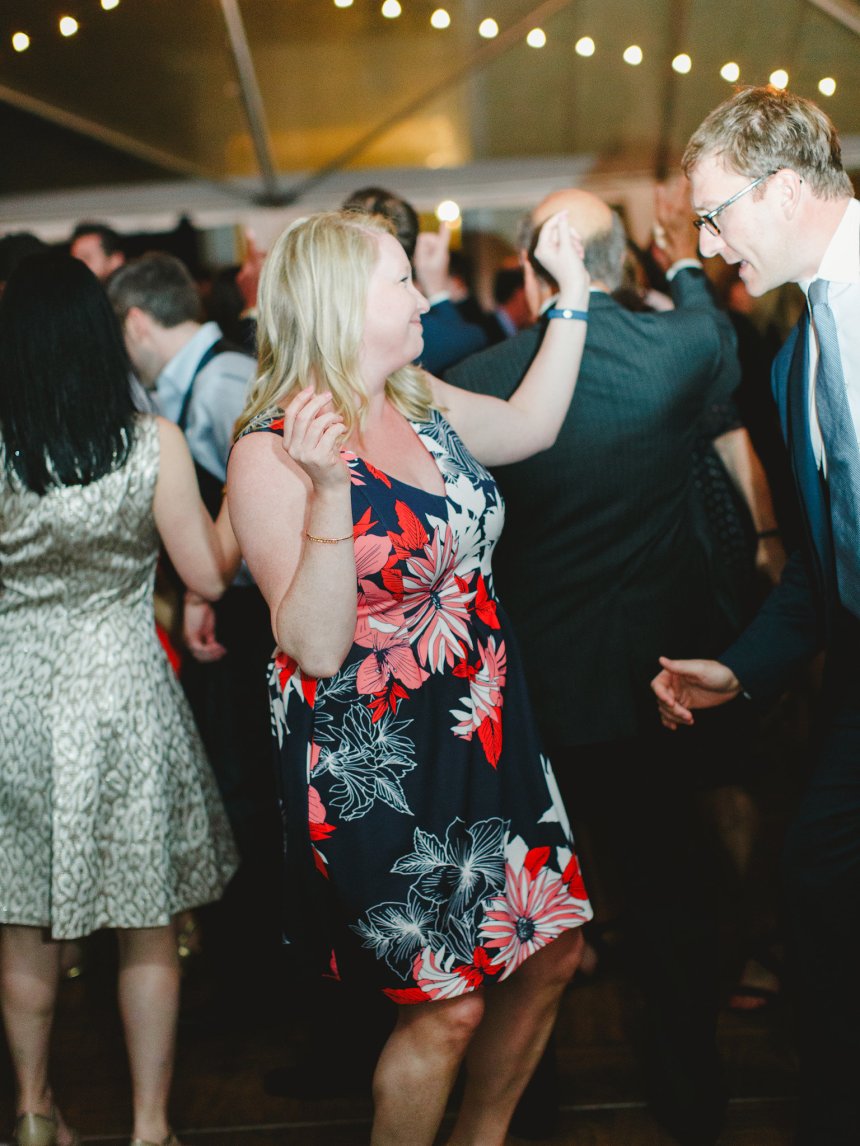 We gave him a list of our top bands and he provided insights into each one (“this one is out of your budget”, “this one is too much about the lead singer”, “this one wasn’t on your list but you’ll probably prefer them”).  We narrowed it down to a few and then watched all their videos on the website.  Over and over again.

HOT TIP #3: While there may be a big difference between the $4,000 band and the $8,500 band, there won’t be a huge difference between the $8,500 band and the $10,000 band so don’t feel like you have to get the most expensive one out there.  None of them are going to have bad voices so if you like the artists/songs they have in their repertoire, you’ll probably like them.

We finally settled on Rhythm Nation.  As my father said “if they’re good enough for Nick Saban [they played his daughter’s wedding not long before ours], they’re good enough for me.”  We loved them!  They interacted with the guests, had phenomenal voices, and really got the party going.  We ordered the largest dance floor available and it remained completely packed the entire night.  DJs may be ideal for some couples, but for us a band was 100% the best move. 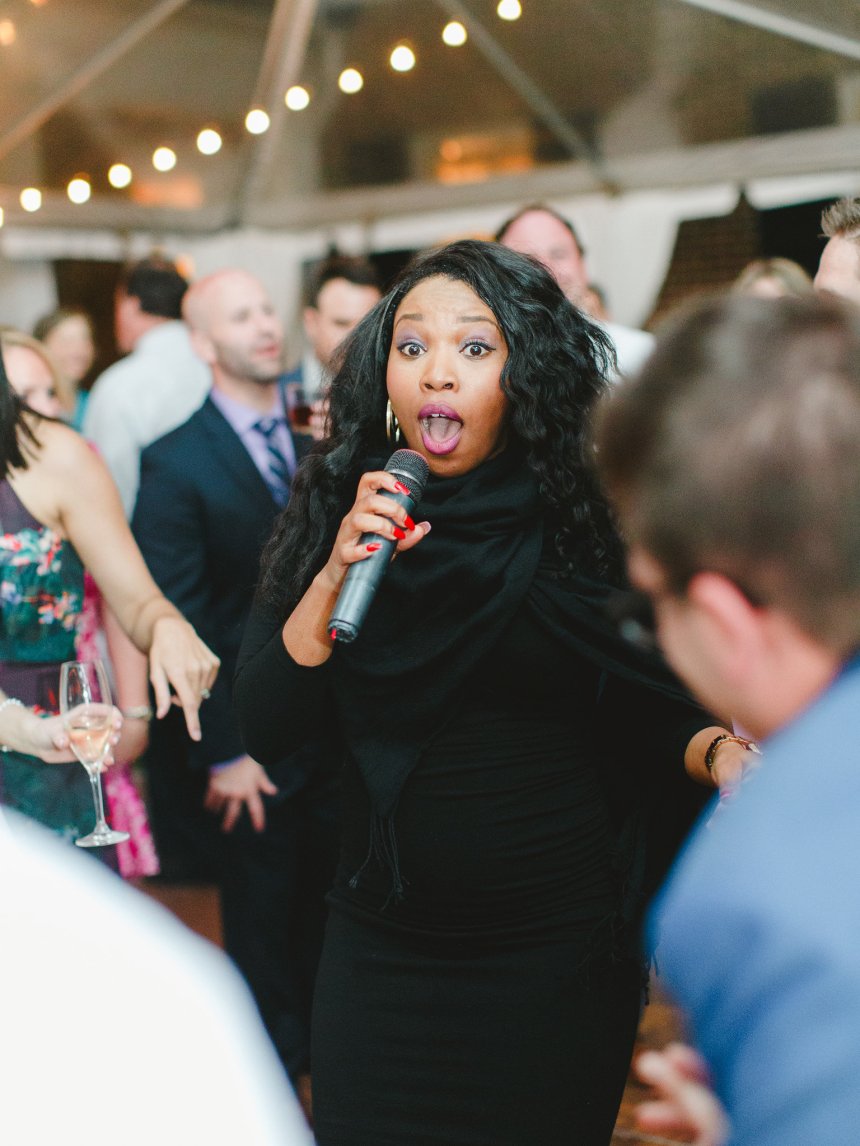 All photos by The Happy Bloom