I was drawn to Jackson’s as we got off the subway in Long Island City because they had some great street art on the side of their building.  After we watched the marathon for a couple hours there was little discussion of where to eat as we went straight back there for brunch.

Overall, I love the industrial vibe of the place.  Wood and steel is my fave.  It’s also very LIC.  Apparently, in the summer, the floor to ceiling windows open up, which I imagine to be lovely.

For starters, coffee was necessary.  The coffee itself was good, but I also loved the service.  The coffee was in what looked to be a light bulb, the mug was metal (which looks cool and kept the coffee warm), and the creamer was in a cute modern pitcher. 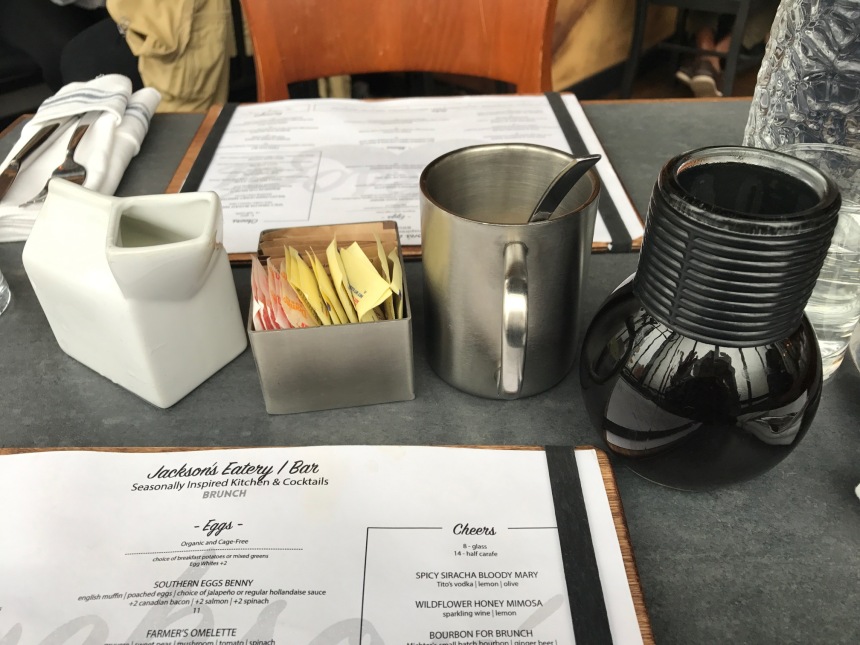 Moving onto the food, Albert was not in love with his omelette, in part because there were peas in it (not his fave) and also because it was more egg around filling vs. filling kinda combining with egg.  I’m not into omelettes in general so I didn’t try it, but I did try the potatoes, which could have been just a teeeeeensy bit crispier but were nicely seasoned.  The side of bacon was also good.  My brunch bowl came with both quinoa and farro, a poached egg, thinly sliced almonds, and kale.  I added an avocado for good measure.  This bowl was delicious with a perfectly poached egg – my only complaint is that it could have been a little bigger. 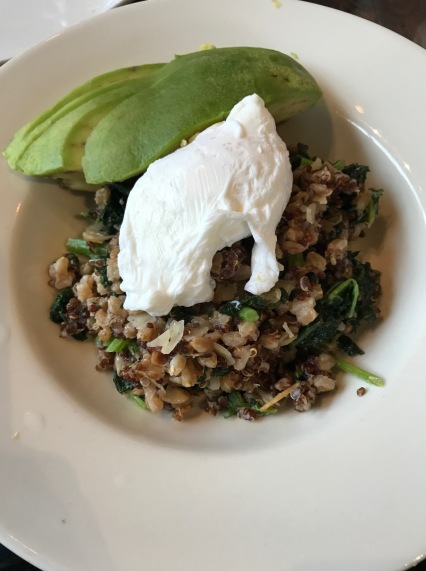 Though Albert may not have loved one of the items we tried, I’d say this was an overall win.  I also peeked at the dinner menu and found a whole bunch of things I’d like to try.  And if I lived in the area, this seems like a great happy hour spot.  Oh and the staff was super nice.  This past weekend happened to be their 1 year anniversary, and I’m guessing the locals hope they stay around for years to come.