Winter is upon us, which means there will soon come a day when the snow keeps you from making it into the office.  If you’re not lucky enough to get an actual snow day, I’m sure there will be a Saturday or Sunday where it’s just too cold to even think about leaving the house.  On those days, it’s time to get takeout and cozy up with a good book.  You ain’t goin nowhere.

For the person who loves old school glamour, dahling:

“Murder on the Orient Express” – Probably one of Agatha Christie’s top two novels, this is an old school mystery.  Set aboard The Orient Express luxury train line, detective Hercule Poirot must uncover who is to blame for a murder that occurs in the middle of the night.  With the train stopped in a snowdrift, the murderer must be one of the men or women on board.  At first I was a little frustrated by how Poirot conducted his investigation – a detective would never lead a suspect the way he did!  But then I remembered this was first published in 1934, when things probably worked differently.  Also, once we realize at the end who’s behind the murder, I no longer cared about Poirot’s methods.

For the person who might want to only read for a little bit before binge-ing Hallmark Christmas movies:

“Uncommon Type” – Tom Hanks (yes, that Tom Hanks) actually has quite a flair for writing.  For his first work of fiction, he has tackled a selection of short stories that are just lovely.  As you may know, Hanks is an avid collector of old typewriters, and this collection is a beautiful homage to his passion.  The stories are pretty much unrelated, except that they all feature a typewriter somewhere.  In some cases, the mention of the machine is extremely brief – blink and you might miss it – while in others it takes center stage.  Some stories are serious, like that of a war veteran on Christmas Eve, and others are more whimsical, like the one about the man who travels back in time to the World’s Fair in 1939.  Overall, the stories have a feel-good vibe to them.

For the girl who’s taking the quiet time to figure herself out:

“The Misadventures of Awkward Black Girl” – Issa Rae speaks to me on her HBO show, Insecure, so it’s no surprise I was a fan of her book.  This collection of essays perfectly depicts what it’s like to grow up when you just miss the mark on fashion, don’t know much about sex, and like “smart kid things.”  Me.  That was me.  At just 200 pages you can polish off the whole thing in one snow day. 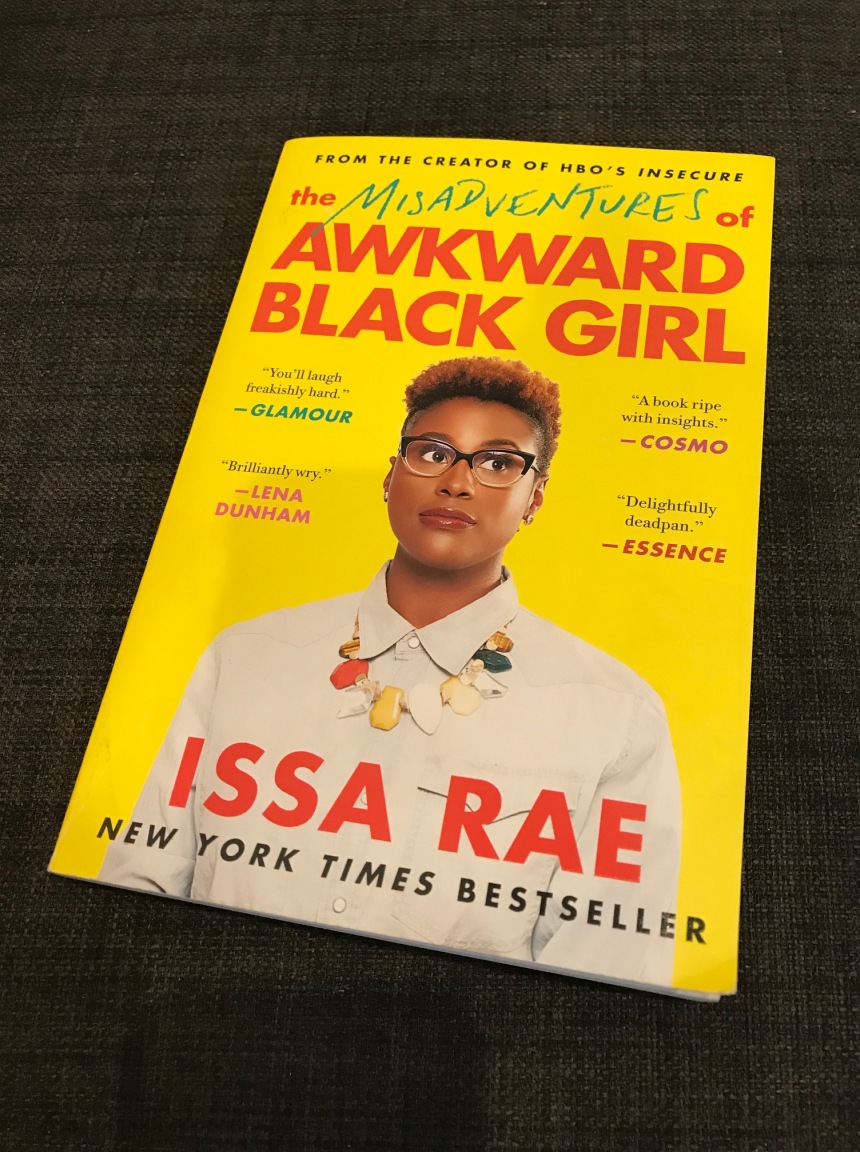