I liked Amy Schumer before reading her book.  Now I LOVE Amy Schumer.  I know a lot of people (almost all of them men, interestingly enough) who don’t find her funny and who think she recycles other [male] comedians’ ideas.  I actually think she’s rather original, but even when you can argue that she’s simply gender-bending a previously successful joke or movie, she figured out how to be the first to do so, and that’s saying something.  Also, male comedians recycle other comedians’ material all the time – why not call them out on it?  Ok; rant over.

Just as she is on stage, Amy Schumer is funny in written form.  You’ll hear about disastrous sexual encounters, her parents’ multiple marriages to crazy people, and humiliating amusement park adventures.  You’ll also start to see her as a hustler.  She is successful in this business because she’s taken it seriously and worked hard to make her way to the top.  I also appreciated how, in addition to just being funny, Schumer tackles some more sensitive topics.  I had no idea about her experiences with sexual assault and domestic violence but am so glad she’s speaking about them in a humorous and relatable manner.  She talks about these things in a way that may make girls rethink their own situations.  Throughout the book she is open and honest with both readers and herself.  The “here I am” of it all just leapt off the page. 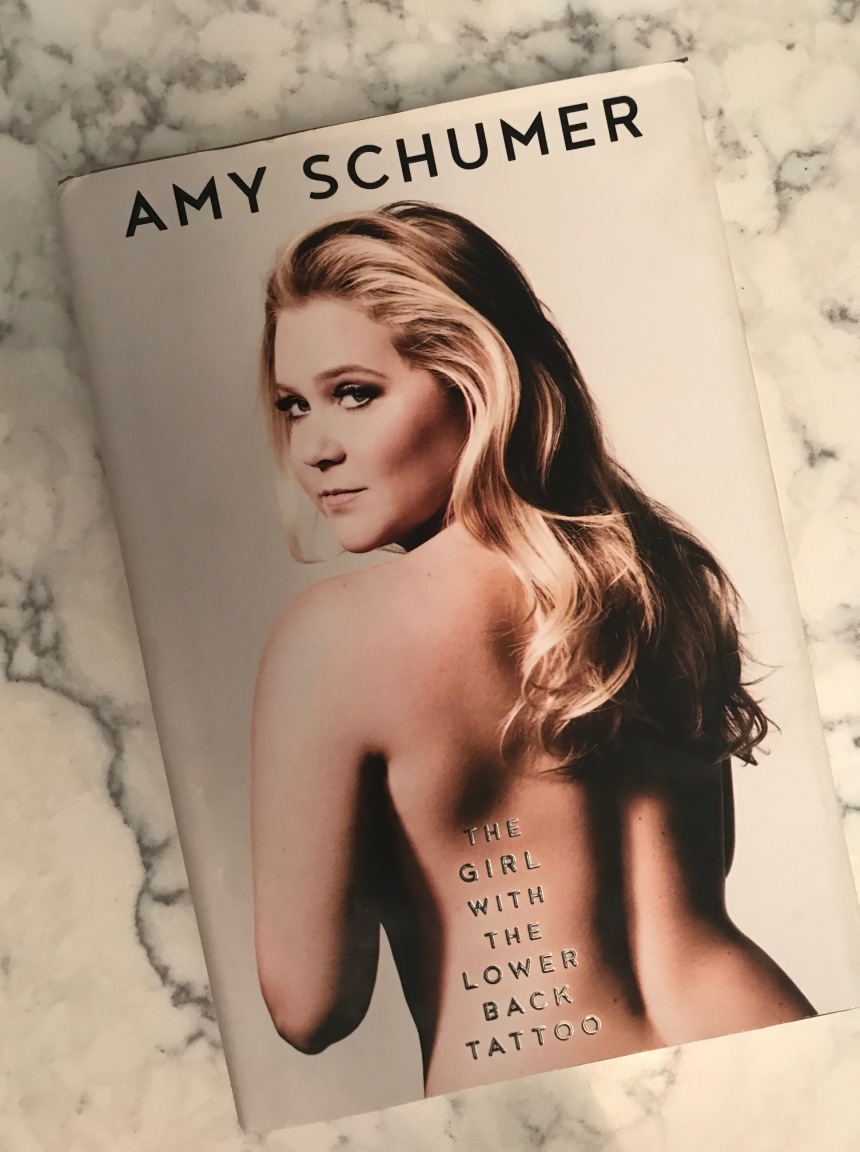