There are so many fun summer things going on lately!  This past weekend was completely filled with rooftop hangs and time spent in the sun.  I thought I would try to slow things out a bit, but all of a sudden planned after work dinners for Wednesday, today, and Friday.  So much good food!  I can’t think of a better way to slide into the weekend. 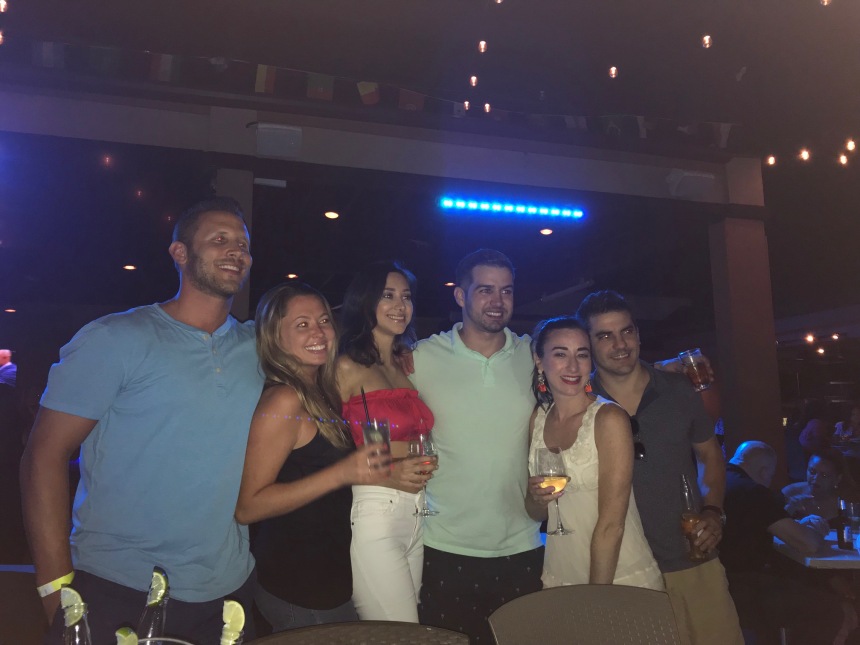 On Friday we headed to Mount Vernon (a very easy Metro North ride) for a friend’s birthday celebration.  While I’m not saying that’s our first choice of neighborhoods to go out in, it was nice to do something different and always nice to hang with that crew.  It’s not so far, but with them being outside of the city, we definitely don’t see them as often.

I raged pretty hard at that birthday party on Friday night and when combined with how crazy I got just two days before on the 4th of July, I decided it was time for me to dry out.  When we were invited to a concert on Saturday night, Albert went, but I decided it was best to sit that one out.  I just hung around the house watching movies and going to sleep early.  It was a wonderful choice that helped recharge my batteries a bit.  But just because I stayed in on Saturday night doesn’t mean the rest of the weekend was lazy.  In fact, it was packed with my favorite activities.  Saturday afternoon was spent on Arthur Avenue, getting tons of Italian goodies.  I took a 305 class on Sunday morning and then spent the next 4+ hours in Central Park with my beau.  We put together a lovely picnic and spent hours people watching and reading.

We finally got all of our stuff from Savannah!  It was a pretty terrible moving experience, unfortunately.  They company didn’t show up at my house in Savannah as scheduled.  I don’t mean late…I mean at all.  They were supposed to pick everything up on Tuesday morning and ended up getting there on Friday, the day it was supposed to have been delivered to us in NYC.  On top of that, they never called me – I had to call and email several times – to relay any information.  They couldn’t even tell me when to show up.  The customer service was truly awful.  I will never use them again, BUT I am so happy to finally have all of our stuff.  We have been busy unpacking everything and are trying to get all 70 boxes done by the end of this weekend.  This is one of the biggest steps towards making our housey a home so I’m thrilled to get all of these items in place.