I learned about Spiegel from someone named Siegel.  That’s just a fun phrase to say.

It seems like Spiegel is mostly a café – the kind of place that’s good to grab a cup of coffee and bang out some work on your laptop.  At least that’s what most reviews I’ve read say.  But I would say it’s more than that.  In fact, Rebekah and I ordered it for delivery so we had zero intention of drinking coffee or doing work.  For us, this food was to be eaten with a glass or two of wine and some good gossip. 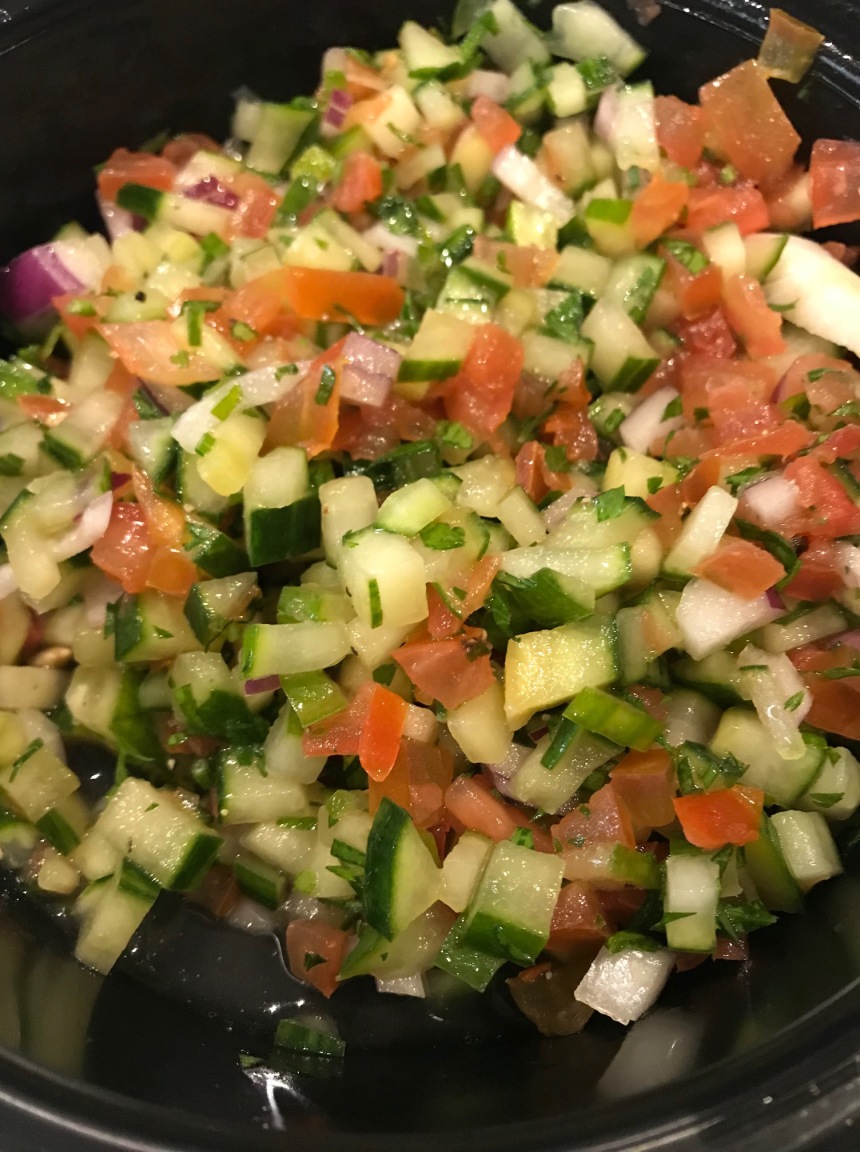 Rebekah and I met in Israel so, as a team, we know our Israeli food.  And this stuff was definitely up to our standards.  The portion sizes were also up to our standards – I was impressed by how large the sides were – certainly enough for leftovers.  And leftover labneh, Israeli salad, and pita, make for a great lunch. 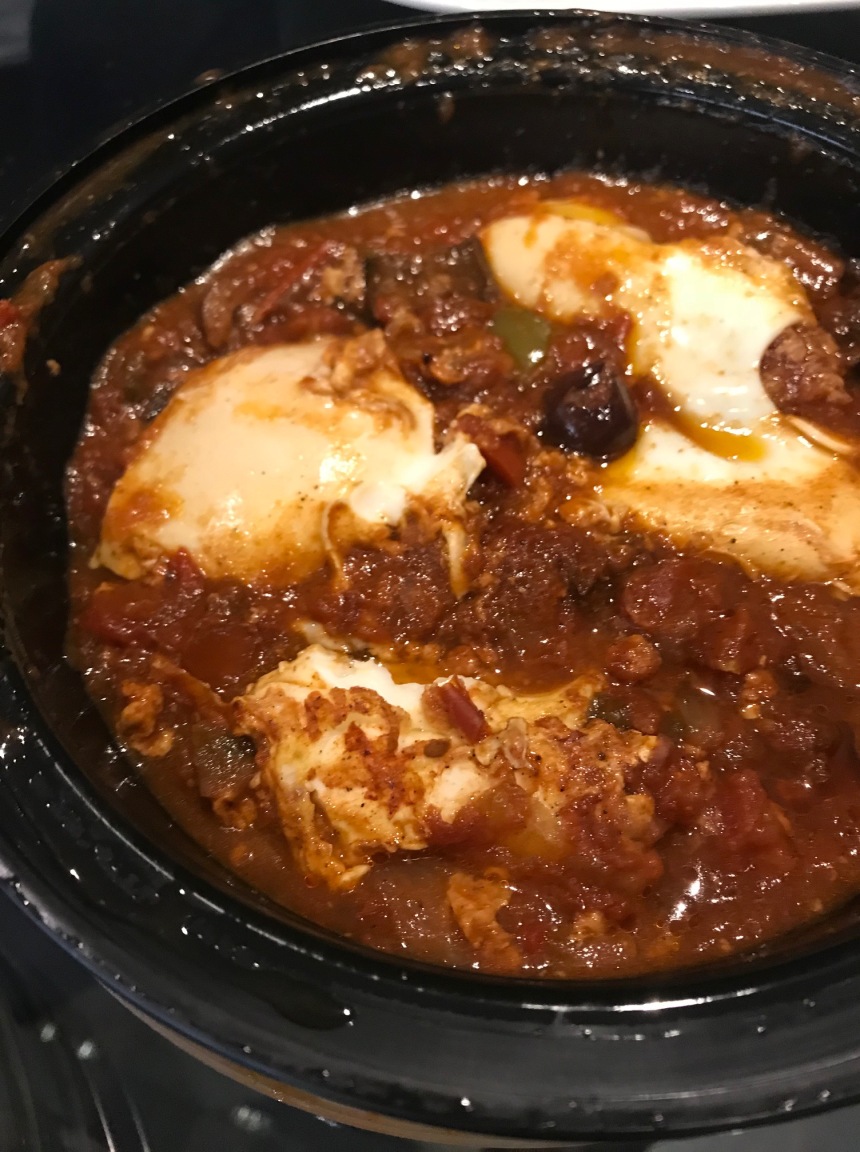 Rebekah ordered the shakshuka and said it was great (I didn’t try any because I was so full from my own meal, but it looked yummy).  I ordered the shwarma pocket with a side of Israeli salad.  The chicken was tender and spiced with turmeric – not everyone can make shwarma that doesn’t come out dry, but Spiegel can. 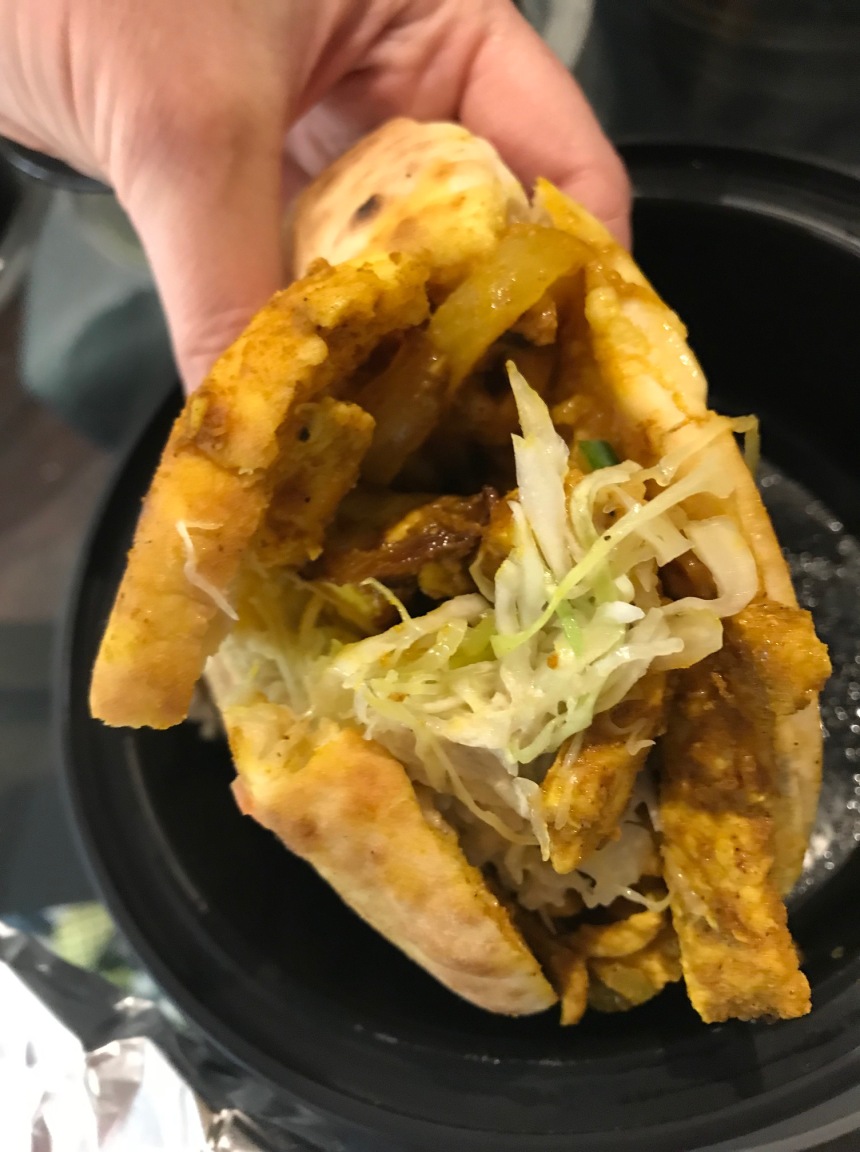 The labneh we split was super thick.  It felt borderline indulgent to dip that fluffy pita in it.  Yogurt’s healthy, right? 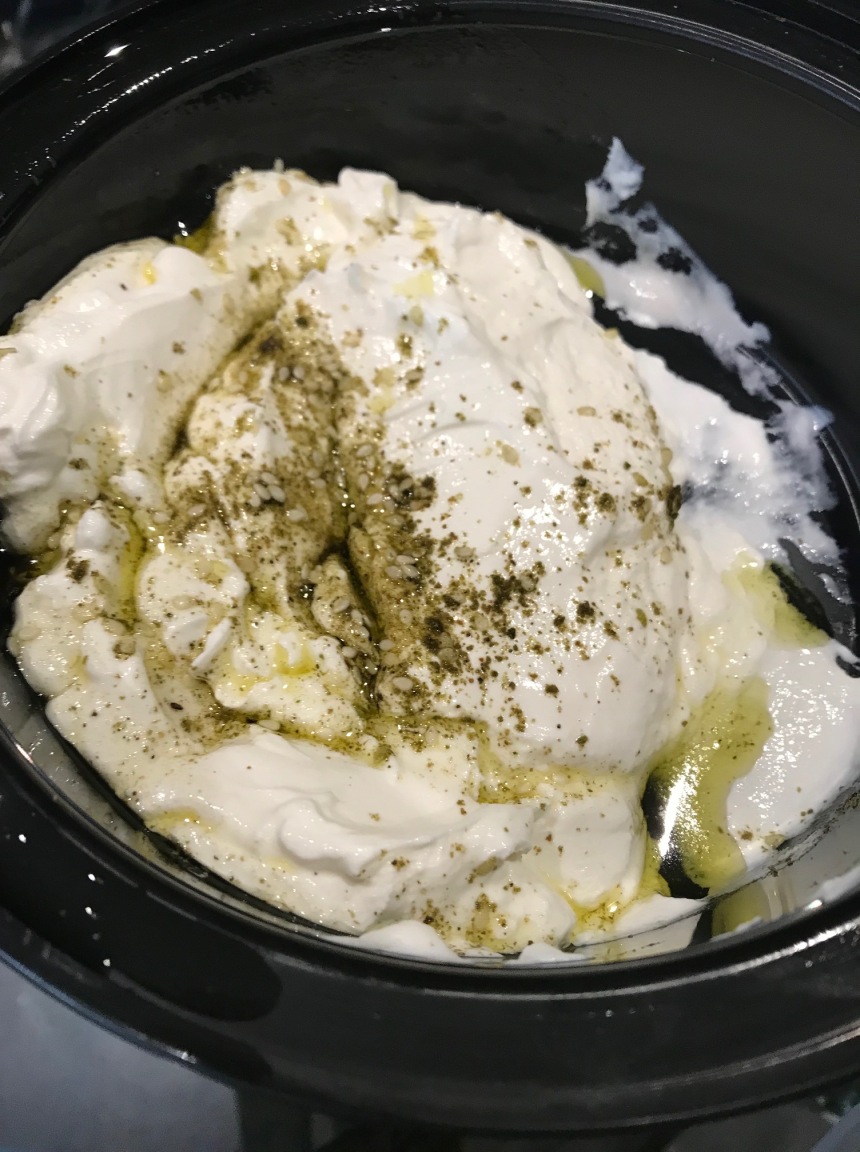 There is no way I can easily get Spiegel delivered to my apartment being over 100 blocks away so I’m basically just sitting around, jealous of Rebekah that she can have this delivered with the click of a button.