I first discovered Sottocasa when I was walking up and down Lenox Ave. trying to see if I liked the neighborhood enough to live there. After seeing a sign outside that read “it’s always pizza o’clock” I decided, yes, I could live here. With signage like that, clearly the residents of this area and I share the same ideals and values.

When it comes to decor, Sottocasa is somewhat rustic and simple. It reminds me a lot of the pizzerias we ate at on Italy – not trying too hard. And it if course it feels Italian – the owners aren’t Americans trying to replicate what they think they remember about Italy. They are Italian. This is what it’s actually like. 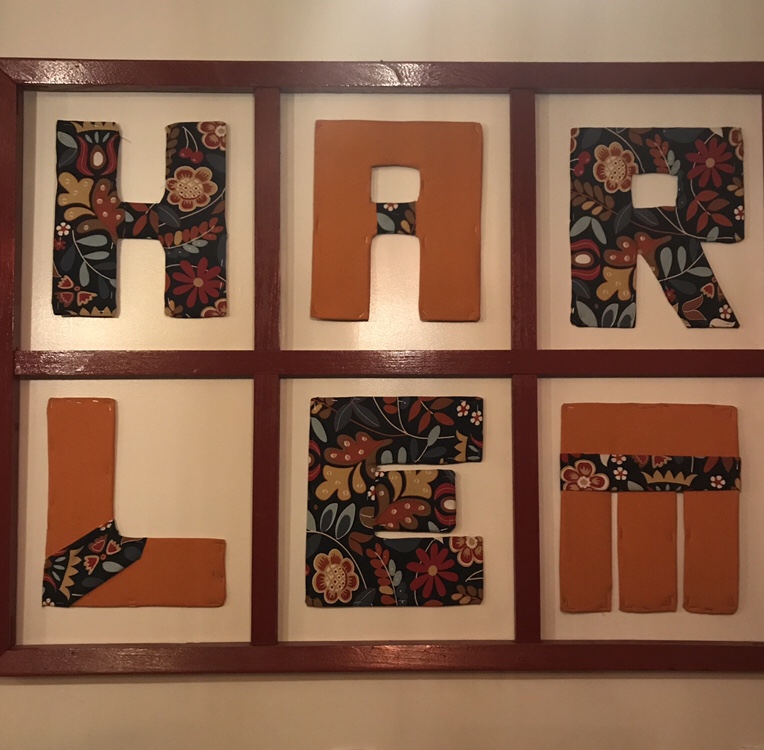 While the general style is simple farmhouse European, they blend it nicely with local Harlem vibes, featuring the art from local artists on the walls. 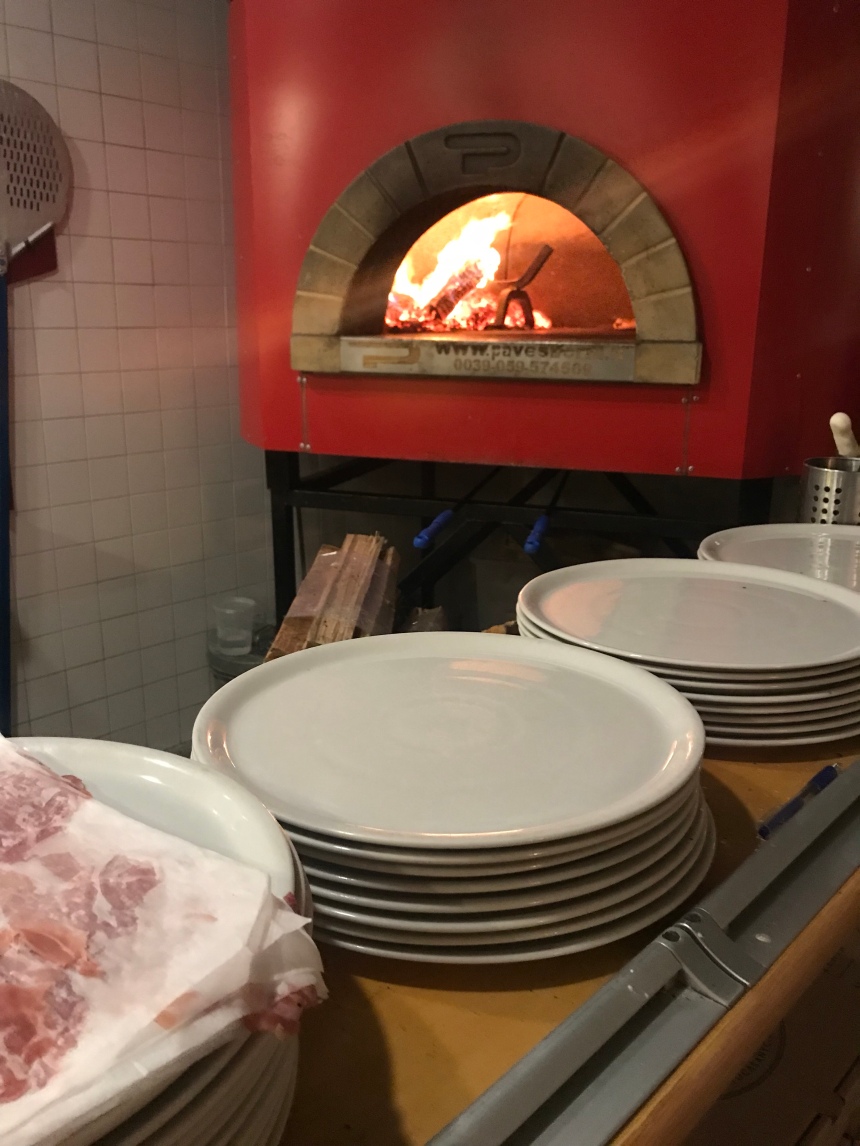 A side note: while waiting for our table, I saw a few people getting pizzas to go. I am definitely going to do that in the future. These pizzas with a good glass of red and a movie on a Friday night would be heaven. 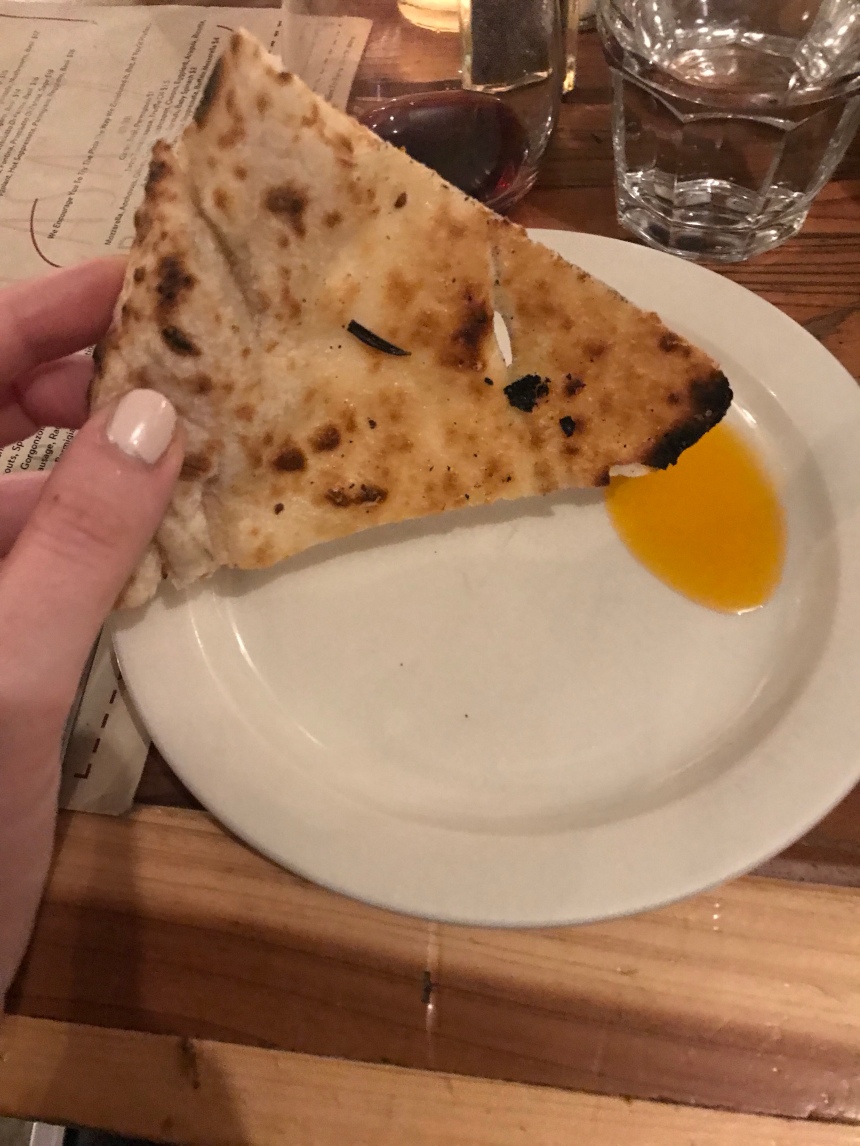 We started with the focaccia, I think because my beau noticed that it came with a side of olives, his fave. A warning: they’re covered in red pepper flakes so they’re a bit spicy. The focaccia itself is basically the pizza crust (a good sign for what was to come) but I loved that they had two different olive oils for dipping. One was a red color because it was infused with pepper – nice and spicy, and I loved it. 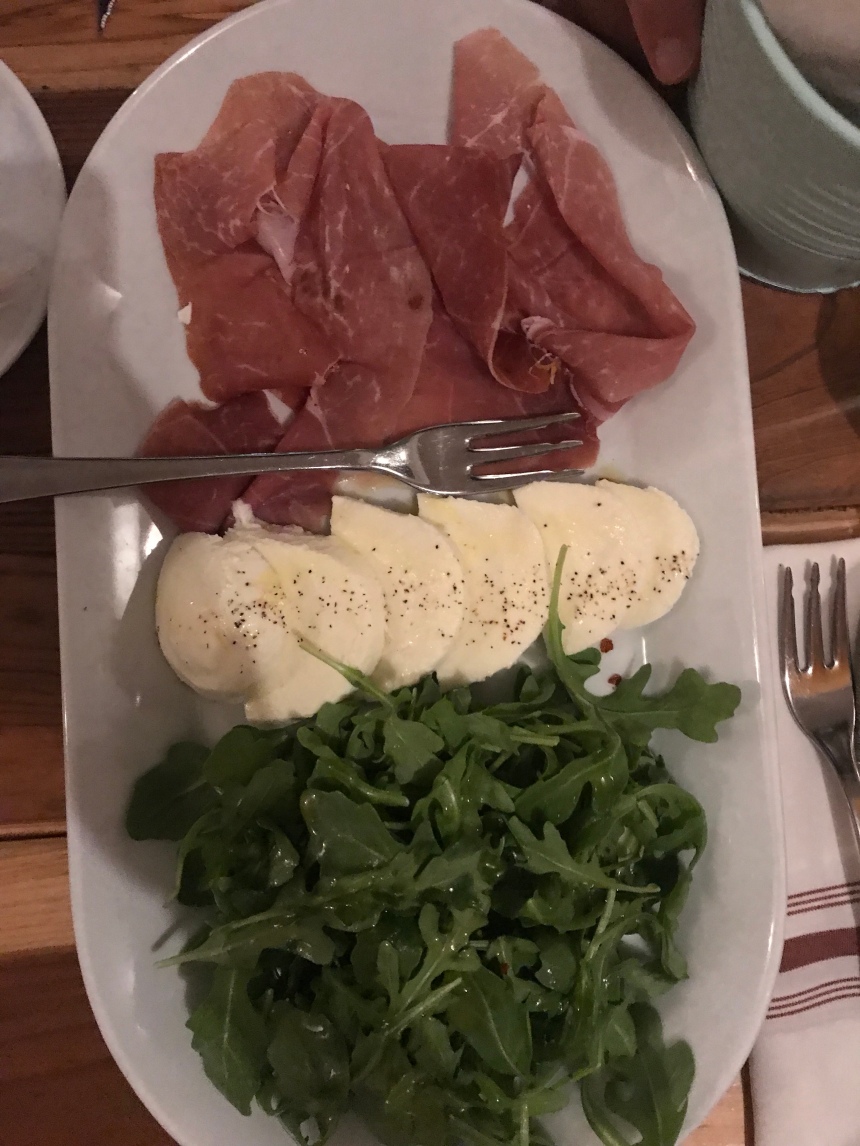 We also got an appetizer of prosciutto and mozzarella. Nice and fresh with a silken texture. I liked that it was paired with a peppery arugula so it could be eaten as a salad (or all piled on top of some of that focaccia like my Dad did). 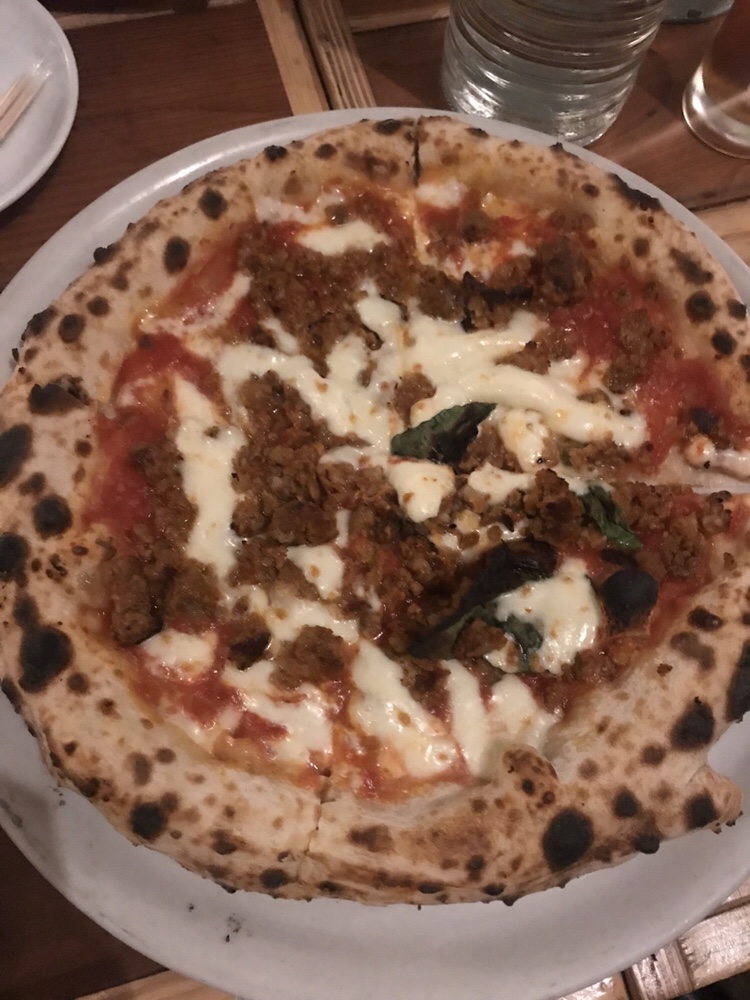 There are a ton of pizza options so we ordered two to share around the table, one red and one white. For the red, we got the salsiccia, which was topped with tomato, mozzarella, hot Italian sausage, and basil. It was my Dad’s pick, but everyone enjoyed it, even my Mom who doesn’t often do hot Italian sausage. I had to practically beg the table to agree to my pick, the autunno, which was topped with mozzarella (both regular and smoked), ricotta, shaved Brussels sprouts, speck, sage, and truffle oil. I think they were weirded out by the idea of Brussels sprouts on a pizza but the waitress even said it was her favorite of the white pizzas so they acquiesced. Then they tried it and all loved it. The smokiness P.C. the cheese and saltiness of the speck worked really well together. 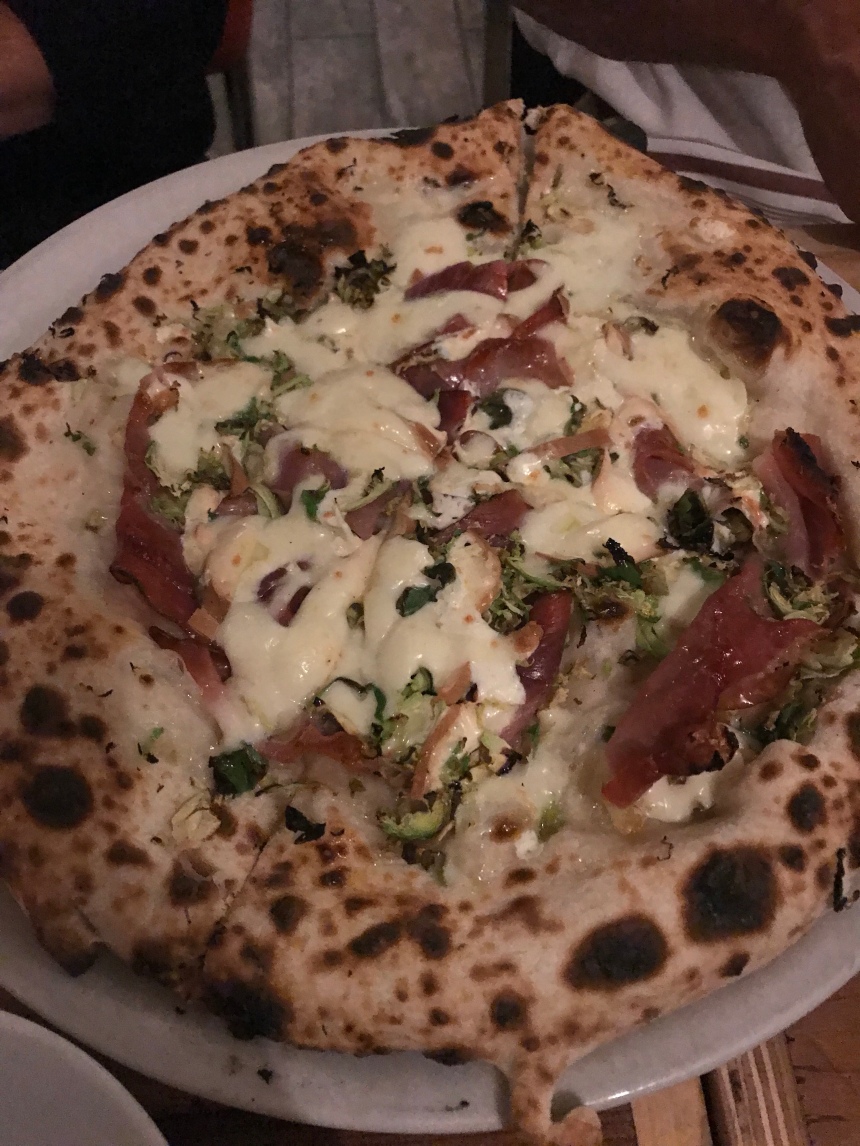 The whole fam was satisfied with the meal at Sottocasa. It’s easy to walk past this subterranean gem, but if you’re someone who likes chill Italian pizzerias (so, everyone?) you should take notice and a just a few steps down off the street.