I’m a HUGE fan of The Marvelous Mrs. Maisel – I’m on round two of watching season one. In one episode our heroine meets a joke writer hack at the Stage Deli and he asks if she’s ever been there, to which she replies, “I’m a little more Barney Greengrass.” 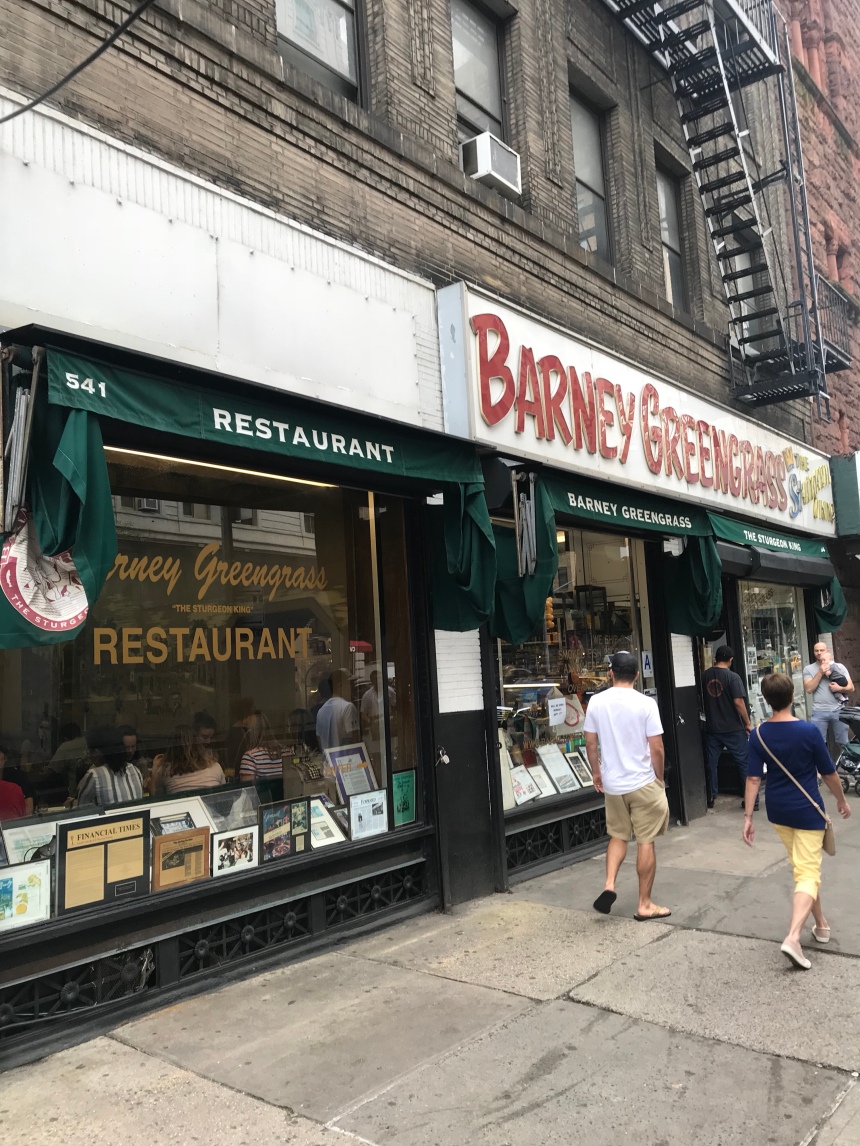 Now, I’ve been an East Sider since moving to NYC – more than a decade ago – and rarely venture to the West Side, least of all the Upper West. From our new housey, however, the UWS is rather easy to get to so I decided it was time to check out the institution that has been specializing in appetizing since 1908.

Barney Greengrass is still a family-run operation, now in their third generation. There, you can get all sorts of bagels, eggs, caviar, and appetizing, which is a New York term for all the lox/smoked fish/things you put atop a bialy found at Jewish delis. People line up to go to this place, and it was time I joined the ranks. 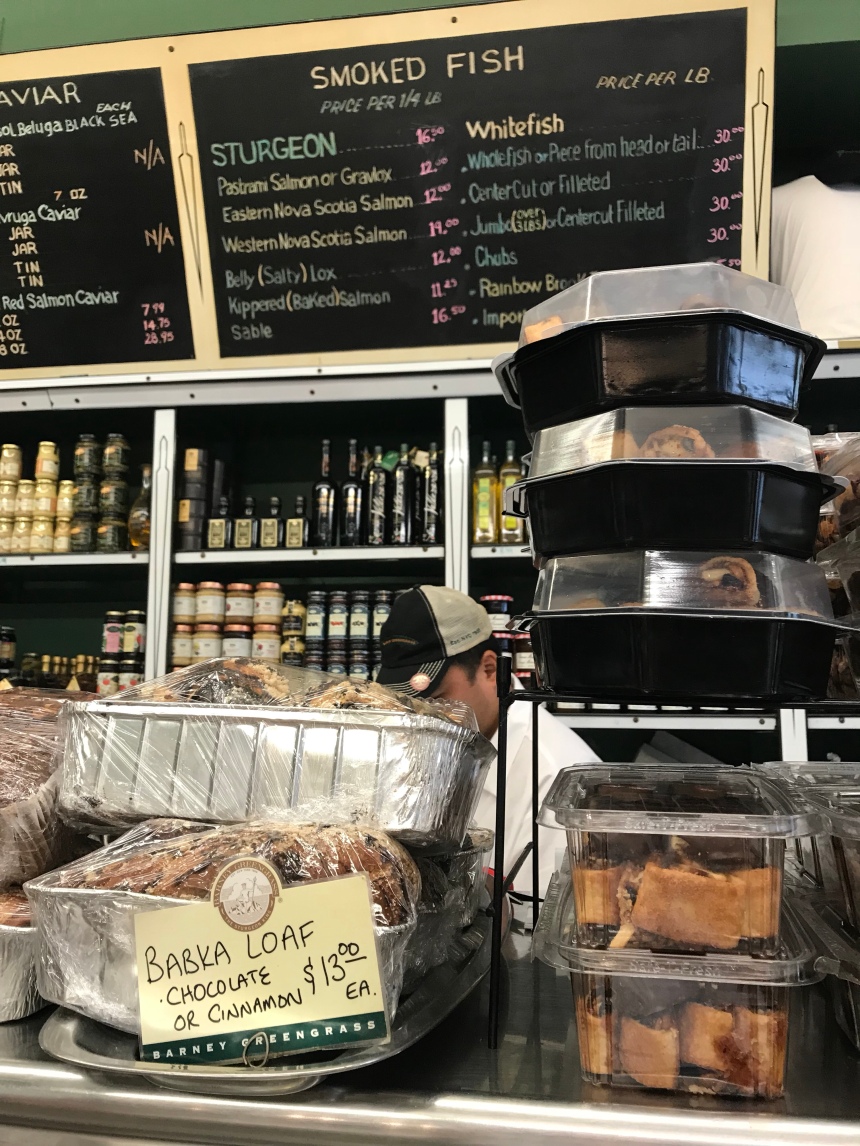 I love how old school it is. The waiters are no-nonsense, so have a good idea of what you want to eat. Or just go and pick stuff up because this is the best place to go if you want all the fixings to host a bagel brunch. 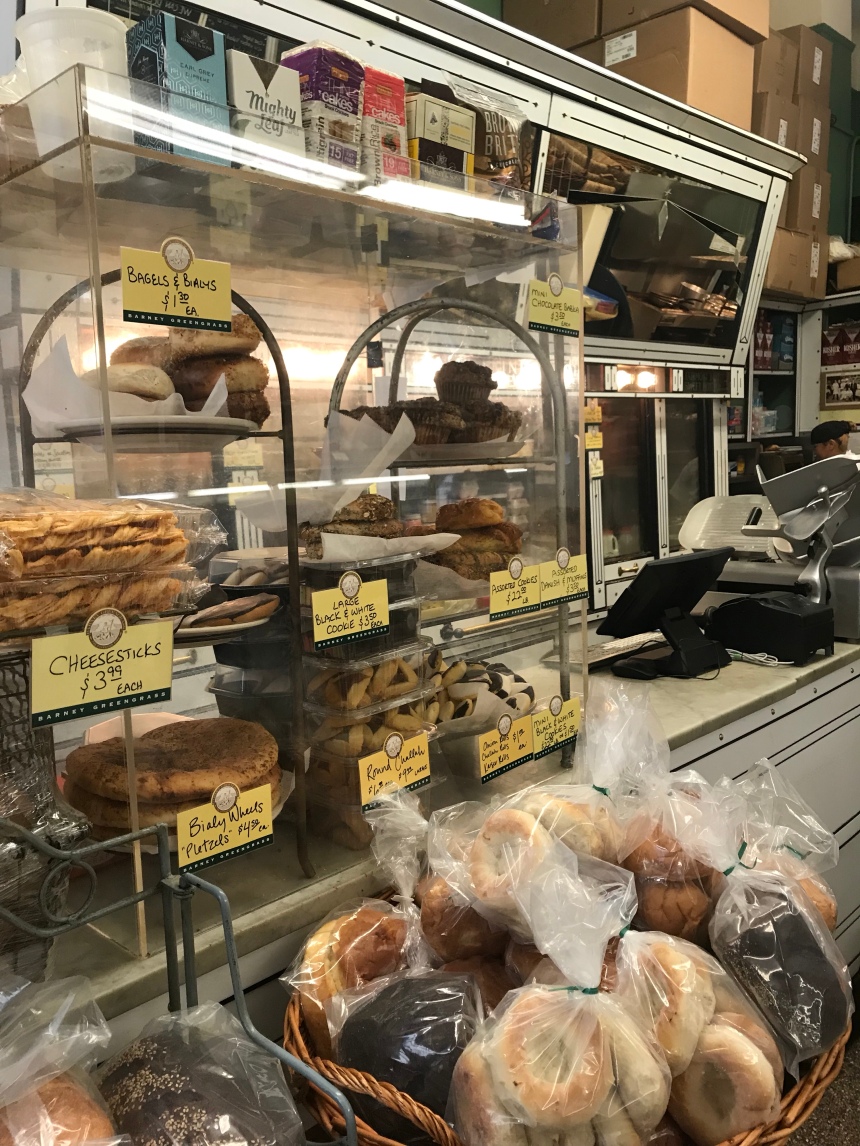 My beau got lunch food (roast beef sandwich, piled high), my parents went with breakfast food, and I went somewhere in the middle. Everything we ate was great – definitely some of the best in the category. I loved my whitefish salad and even enjoyed the mix (something I typically dislike) because it was sliced extra thin. But if you ask my Dad, he’ll tell you his order was best. He got one of their specialties that was basically cured salmon (cooked style, not like lox) and carmelized onions. It was pretty amazing and was totally a menu oversight. We were lucky the waiter pointed us in the right direction.

Like any place that’s been around for over a century, there’s a reason they’re still in business. This is the kind of place you’d like to go with your family every weekend and become regulars. Alas, we live just too far to make that a reality, but this certainly won’t be my last trip to the iconic deli. If I’ve learned anything from Mrs. Maisel, it’s that she knows what she’s talking about.