This week has been a pretty busy one. I did a lot of running around on Monday and have been spending the rest of the week making sure I stay in a routine. The week was punctuated by Matt’s Bday dinner last night – it was so much fun to get together with a group of friends to celebrate such a special dude. That said, my mind is still stuck on last weekend because I had so much fun with Mark and Allison during their visit. 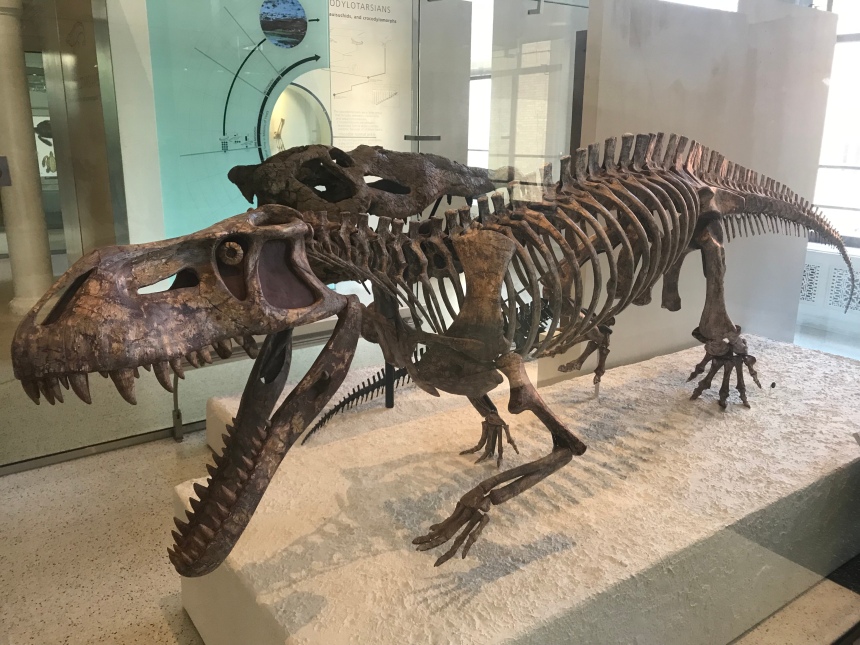 I used to go to museums all the time, but it’s been a while since my last visit. Neither Mark nor Allison has been to the Museum of Natural History so we decided to hit that one up. I love seeing the dioramas that are unabashedly old school, but my favorite is still the dinosaurs. 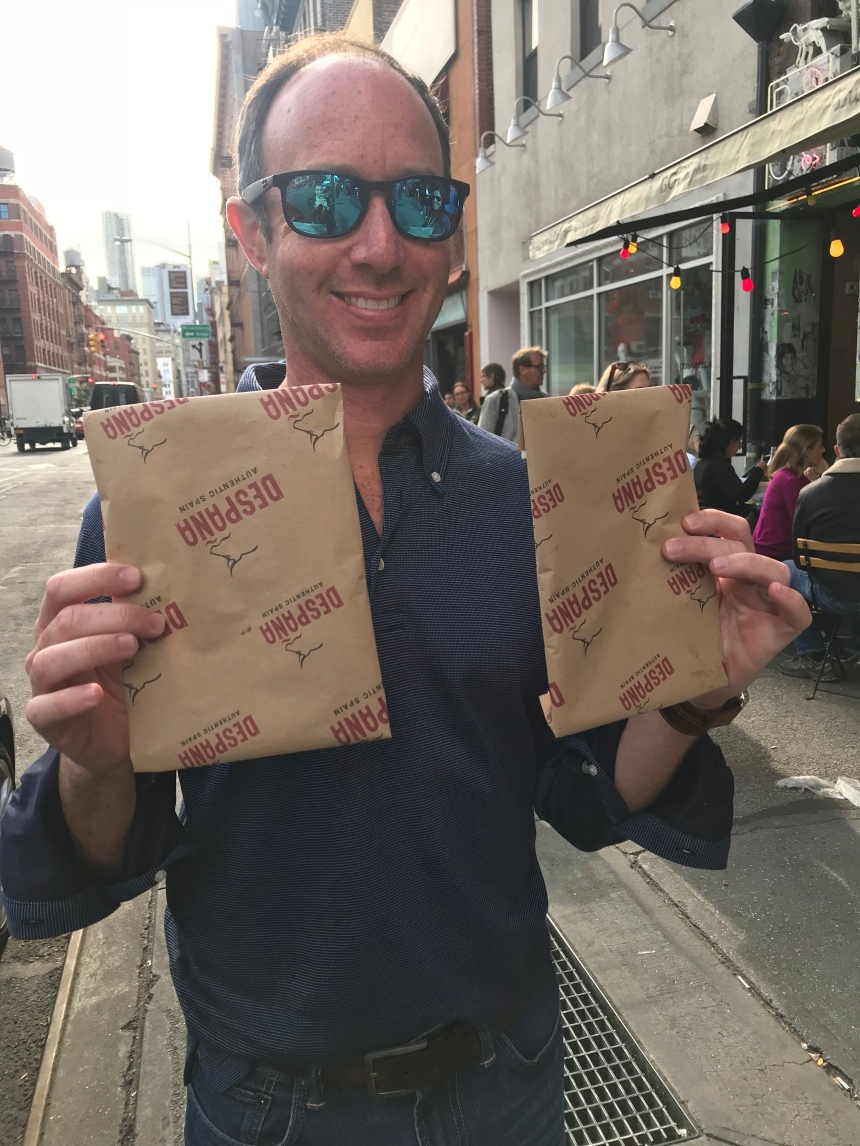 While waiting to get into a restaurant, Mark did a very Mark thing and walked to a nearby Spanish market where he picked up a few fancy meats for us to snack on outside. If I got to sample jamon every time I waited for a table, I’d be a much more patient person. 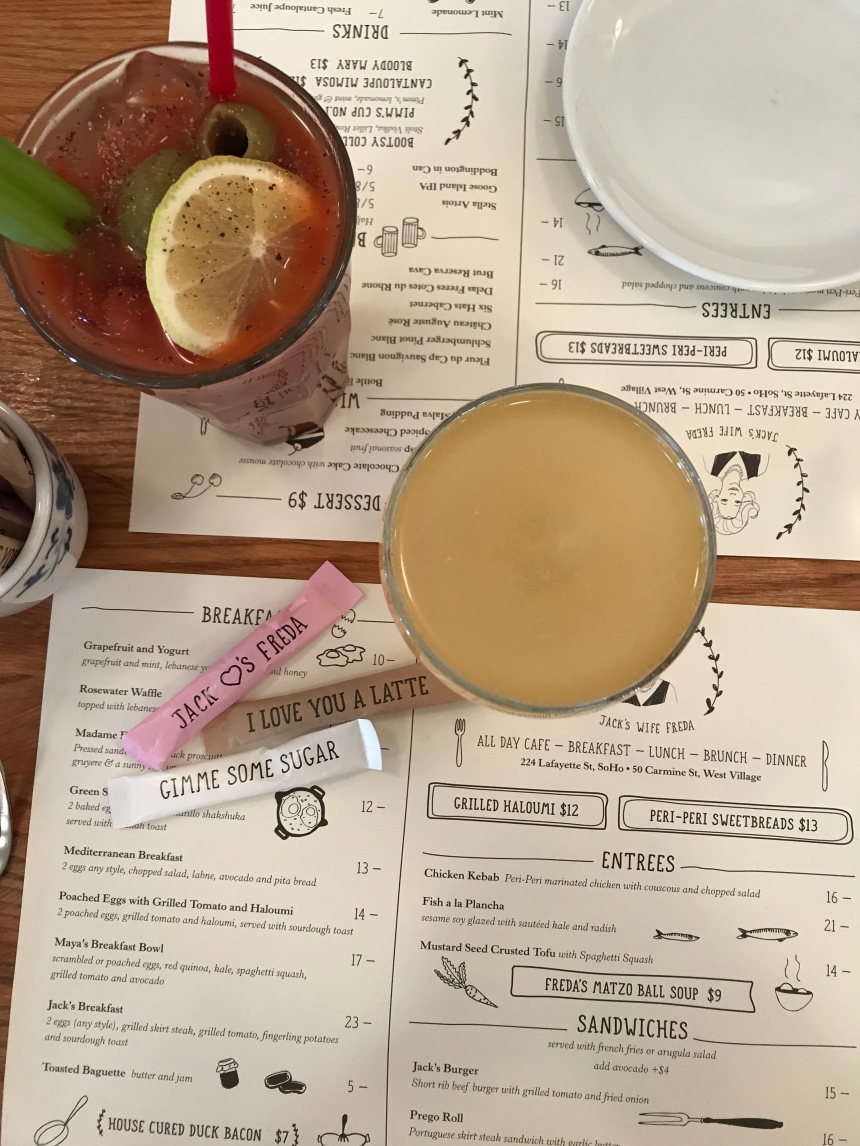 Jack’s Wife Freda is always a solid choice. The cantaloupe mimosa is delish, they have the cutest sweetener packets, and it feels impossibly SoHo. It may be trendy, but the food is really good. When I’ve been cooped up in the apartment a lot lately, it was nice to go out and be scene-y for a bit. It’s the little things that remind you you’re still a real person.