For my most recent Taco Tuesday, I decided to do a twist on a restuffed potato. It’s been so many years since I’ve had one and they’re just so good. But since it was my first restuffed potato in ages, I decided it needed to be something special; thus, the taco tater was born.

First you need to know the basics for a twice baked tater: rub potatoes with oil and bake for 1 hour at 400. That gives you ample time to prepare your filling. Honestly, you really only need the last 5 minutes to prep your filling – it’s that easy. Brown some meat (I used ground turkey) with taco seasoning and chopped onion. When your potatoes come out of the oven, cut in half and scoop out all the insides, leaving just enough of a rim to keep things sturdy. Mash the potato flesh with butter, sour cream, shredded cheese, cayenne, sliced scallions, salt and pepper. Eyeball it all since it will depend on how many potatoes you’re making and how decadent you want things. (Note: One pound of ground meat can easily serve 4 – I was eating alone so I just stashed much of the cooked meat in the fridge for leftovers.) Once the potatoes are nice and creamy, fold in the meat and and some black beans – fold, don’t mash, so the beans don’t get mushy. Pile it back into the potato skins and top with some more shredded cheese. Then reduce the heat to 350 and cook for another 10ish minutes. When your taters come out of the oven, top with chopped scallions, another dallop of sour cream, and salsa.

Here’s the thing: if you’re using a good amount of meat and beans, you can use less potato and keep this healthier. You can stash some of the potato and it’ll still be overflowing. And that leftover potato mash will be a great side dish alongside whatever you’re cooking later in the week.

Between the tortillas and the rice, tacos are usually surrounded by carbs. This just switches out the type of carb. It may take a while since potatoes can take some time to bake, but it’s only 10 minutes of hands-on cooking/prep so it’s easy as can be. This is also such a great way to feed a full fam with very little cleanup. Sure, it’s light on veggies, but I never said I had all the answers. 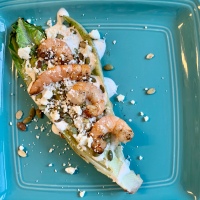 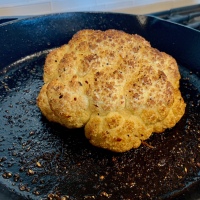 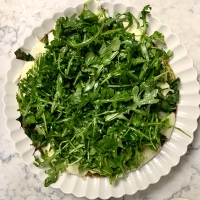 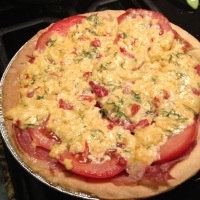