I am only just realizing I never provided my write-up of Collins Quarter, which I tried out way back over Thanksgiving.  I think that’s because I was torn.  I thought the food was very good and the decor was great, but the service was pretty bad.

The food: Collin’s Quarter capitalizes on the avocado toast craze with a version that included feta, heirloom tomatoes, micro herbs, shaved radishes, and a poached egg.  It was the most agressive avocado toast I’ve seen and worthy of being a full entrée.  Mark and I split the Moraccan scramble (ras al hanout scrambled eggs with merguez and spiced chickpeas) and the burger.  The burger was great, but I would have preferred more sausage in my scramble.  They have an inventive menu, but two of our three dishes were way undersalted.  That’s WAY better than the alternative.  You can always add; you can’t take away, so I consider this a simple nuisance.  Apparently coffee culture is huge in Australia and the restauranteur (an Aussie himself) is looking to bring a bit of that to Savannah with an impressive coffee menu.  I don’t think I’ve ever seen such extensive coffee options, and I live in New York, where people don’t know how to survive without a constant caffeine drip.

The service: It took so long for them to bring Mark a straw for his iced coffee that he just went inside to grab one from the bar himself.  If he waited for the server, it would have gotten watered down.  Everything took forever.  The water, the mimosas, the food…it seemed like everything was always “almost ready.”  Sure, they screwed up, but they were nice about it.  That works for the first mistake, but a smile only goes so far.

As we walked away, I said there’s no way it will last if they don’t make a few small tweaks to the food (salt) and fix the service issues.  My Bub, however, made the observation that though we, as locals, were disappointed that this new, trendy restaurant wasn’t perfect, the tourists will flock there.  Those visitors won’t know about the problems with the service and even if they discover it after their meal it won’t matter because there will be a new group of tourists swooping in to take their place.  I love tourists, but I sure hope they aren’t the reason this restaurant doesn’t live up to its potential. 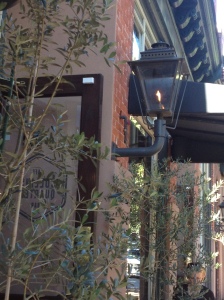 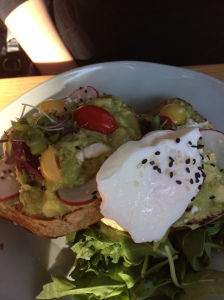 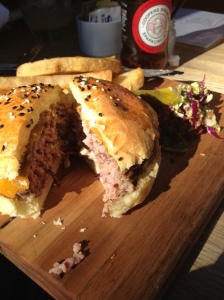