I have no idea why, but I was craving a tuna melt like nobody’s business yesterday.  I made a simple one by mixing one can of tuna with mayo, capers, and a chopped radish (for a bit of crunch).  I piled it onto pumpernickel bread (holler if you also absolutely love this black beauty of the bread world!), topped it with pepper jack cheese, and toasted it under the broiler. 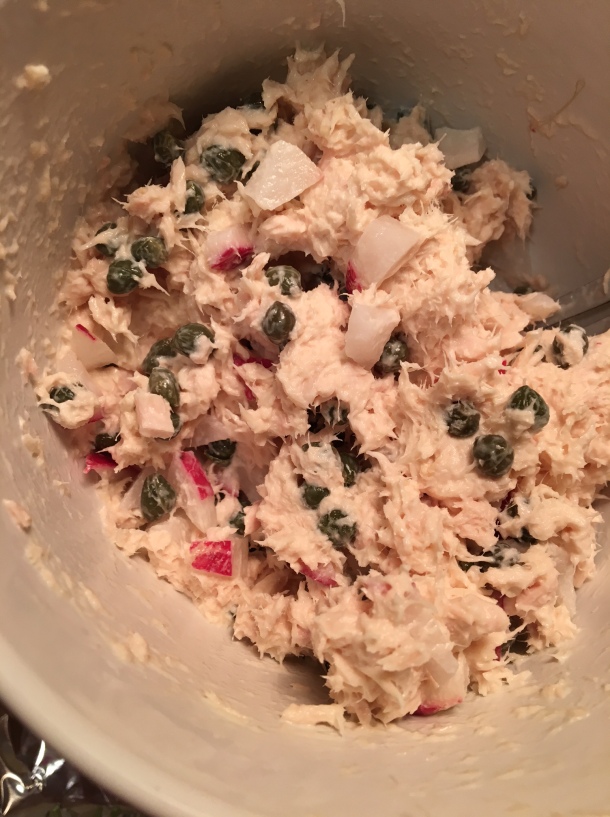 Add capers and radish to taste – I like a lot of capers…like several tablespoons worth.

Going into the oven

This sandwich is a really good mix of salty and spicy.  Sometimes when you broil the cheese it loses a bit of its spice.  If you’re concerned about this happening, just add a few crushed red pepper flakes to your tuna mix.

This was after 5 minutes under the broiler (that had been pre-heated).  The cheese got perfectly browned, don’t ya think?

When this is supper, I’ll use a full can of tuna per person.  It’s enough for two open face sandwiches, and open face is definitely the best way to eat a tuna melt.