Because of where we got dropped off (in a random open parking lot), my first thought before entering Cotton & Reed was “are we about to get murdered?”  Turns out, no.  We were just on the backside of the popular Union Market area and totally safe.  Good, because I would have hated to have missed out on Cotton & Reed because of murder concerns. 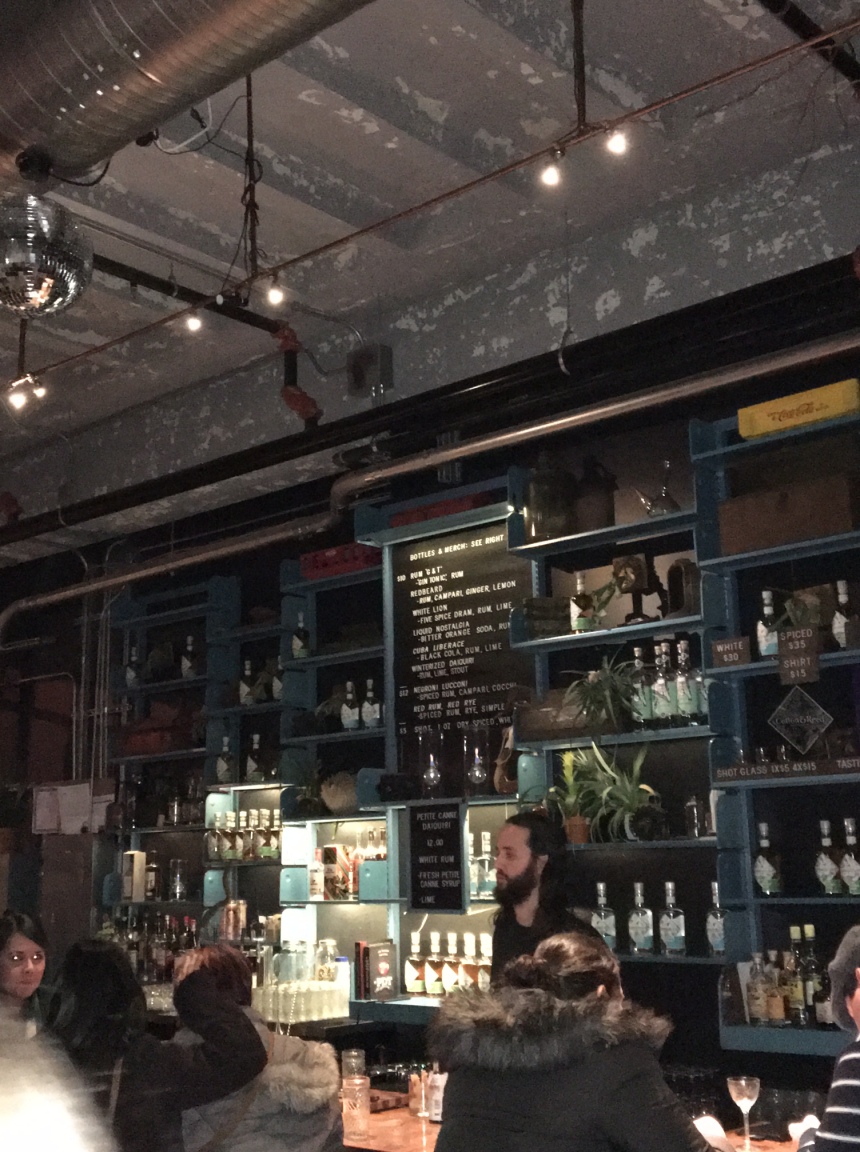 First thing to know about Cotton & Reed is that it’s a rum bar.  In fact, it’s a rum distillery that then has a cool bar attached.  Normally when a bar specializes in a specific spirit, they still have a full bar.  Not the case here.  If you’re not into rum, you got problems.  I, myself, am not big into rum, but I found their cocktails to be not so in-your-face that I was ok with it.  The rum was less sweet than normal, which I preferred.

I started with the Redbeard (rum, campari, ginger, and lemon) and moved onto the Red Rum Red Rye (spiced rum, rye, simple, amaro – their version of an old fashioned) when I felt I needed something a little stronger.  The cocktails were tasty and prepared much faster than is standard for a mixology-focused bar.  It was so nice to get a quality cocktail without having to wait for them to give the shaker precisely 42 shakes.

Since it’s next to a distillery, it’s no surprise that Cotton & Reed goes the industrial route for decor.  Reclaimed wood tables, obviously, and walls made of cinder block.  And the bartenders have some serious hipster beards, as I’m sure you could imagine.  Who doesn’t love an industrial chic space and beards?!