When you get a cast iron skillet cookbook, they will tell you how great it is to make *literally* anything in a cast iron.  According to them, even water is better when cooked in one of those.  I did, however, wonder if maybe some things are better just being made as they always have been, which is why I pretty much ignored the pizza section of the cookbook.  But then when I recently saw on Instagram Stories just how easy it was to cook pizza in a cast iron, I decided to give it a try. 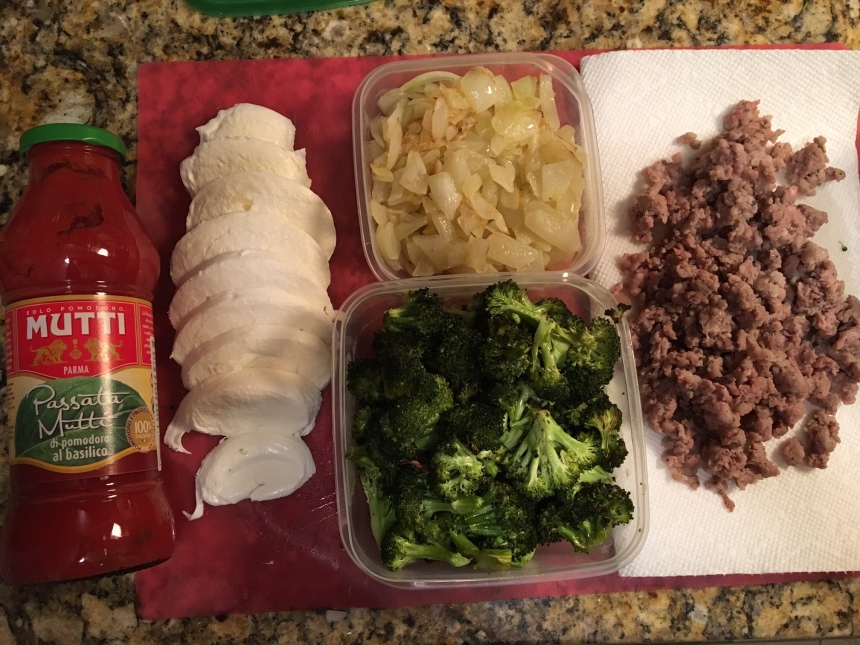 First prep your toppings.  For my first attempt I went with Italian sausage, roasted broccoli, and sauteed onion.  First, toss broccoli florets in olive oil, add some salt and pepper, and roast in a 425 onion for 20 minutes.  You won’t need a whole head of broccoli, but roasted broccoli is one of the easiest things to add to another recipe later in the week.  Right after you stick the broc in the oven, get to work on your onion.  Cut it into a large dice and saute in olive oil over low heat for about 15 minutes.  It should get nice and soft.  Here, I’ll bring up my same tip from when we were discussing broccoli a mere moment ago.  You won’t use a whole onion on this pizza, but saute the whole thing and thank me later this week when you mix it into your rice.  When the onions are done, set them aside, crumble 2 links of sweet Italian sausage out of their casing, and cook til it’s all…cooked. 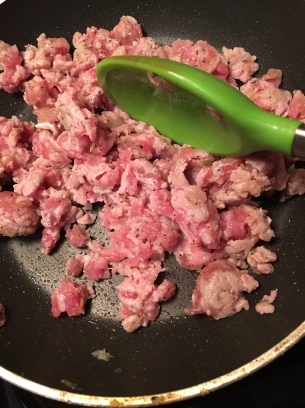 It’s now been 20 minutes and all your toppings are in a great place.  Remove the broccoli from the oven and crank the temp up as high as it will go.  Now, take out a 1 lb ball of pizza dough that you got from the store and stretch it out into a round. 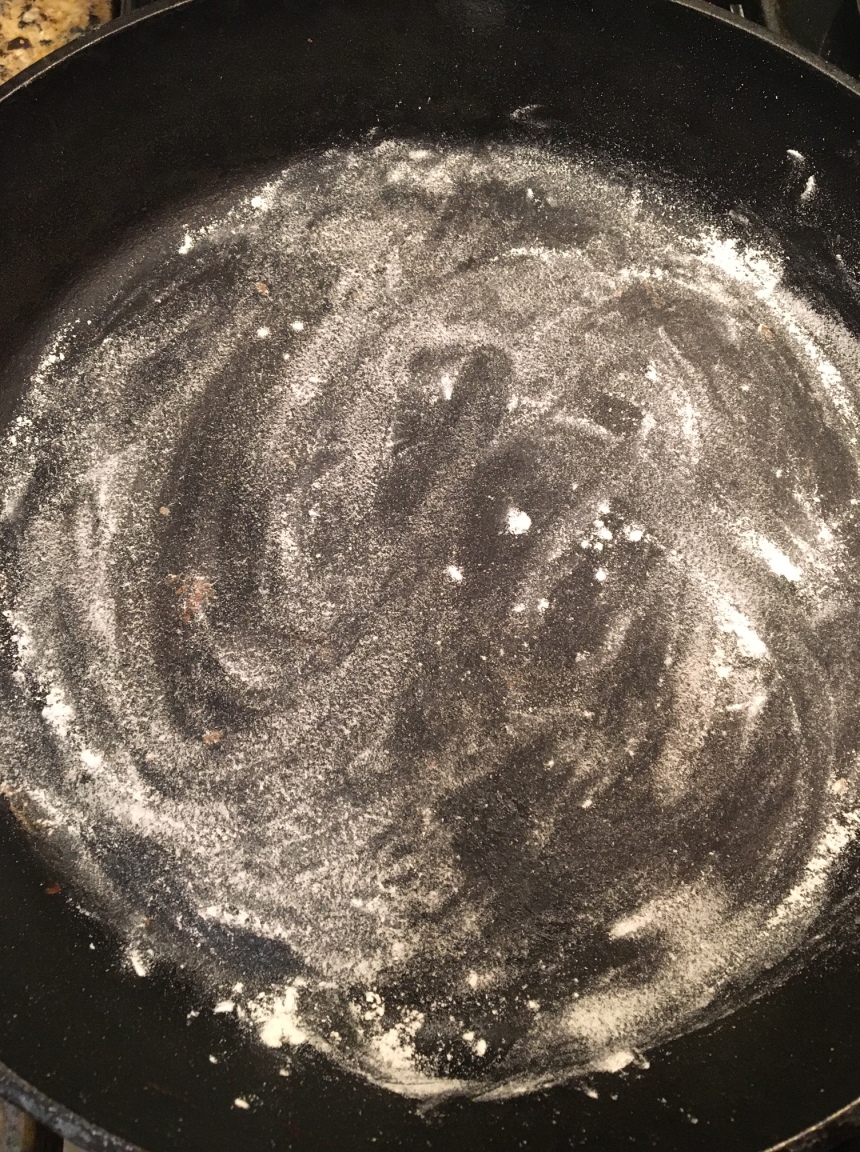 Place your cast iron skillet on the stove over medium-high heat.  Sprinkle the hot pan with cornmeal or flour, and set the pizza dough in the pan, pushing it out so it goes to the edge (watch your hands as the pan will be heating up at this point).  1 lb of dough is perfect for a supper-sized pizza.  I have a large skillet and 1 lb actually resulted in a pretty thick crust, so you could probably use a little less if you wanted and be more than fine.  Or if you have smaller cast irons, make 2 smaller, thinner pizzas with 1 lb of dough.  That’s the best thing about making pizza at home – you have so many options, from the size to the toppings.

Brush the top of the dough with olive oil and let it start cooking over the burner.

Once the dough starts to bubble, top with a little bit of some jarred marinara in a thin but even layer.  I actually used this tomato sauce I found at Eataly (for only $2.80!).  I may have gotten my dough from Trader Joe’s, but the sauce was legit and imported straight from Italy.  Since the sauce wasn’t flavored with many spices, I added some crushed red pepper and oregano to amp it up a bit.

After your sauce, it’s time for toppings: sliced fresh mozzarella and the sausage, broccoli, and onions.  Place the pan in the oven and let it bake for 10-15 minutes until the cheese is melted, bubbling, and golden.  [Before and after pics below.] 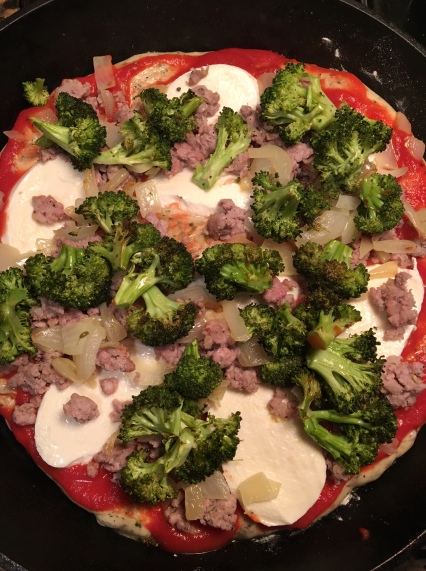 Sure, it always looks cooler to cook something in a cast iron, but there are actually benefits to making your pizza this way.  First, because of the way the pan conducts heat, it better emulates the pizza oven situation than even a pizza stone would.  It also helps the crust retain its circular shape.  And if you’re smart enough to prep your toppings the night before, the whole thing will be ready in 20 minutes.  (If you cook from scratch the day of, you’ll still be done in about 45 – not too shabby.)