According to people in the know, Jeju Noodle Bar is about to be huge.  After all, it’s in a prime West Village neighborhood, the food isn’t too pricey, and the chef has a legit pedigree (think: Per Se, Bouley, and Morimoto).  They’re gunning for a Michelin star and if that happens it will be impossible to get in.  Thankfully, Karina arranged for us to go last week for Matt’s birthday, before the world comes to know about it. 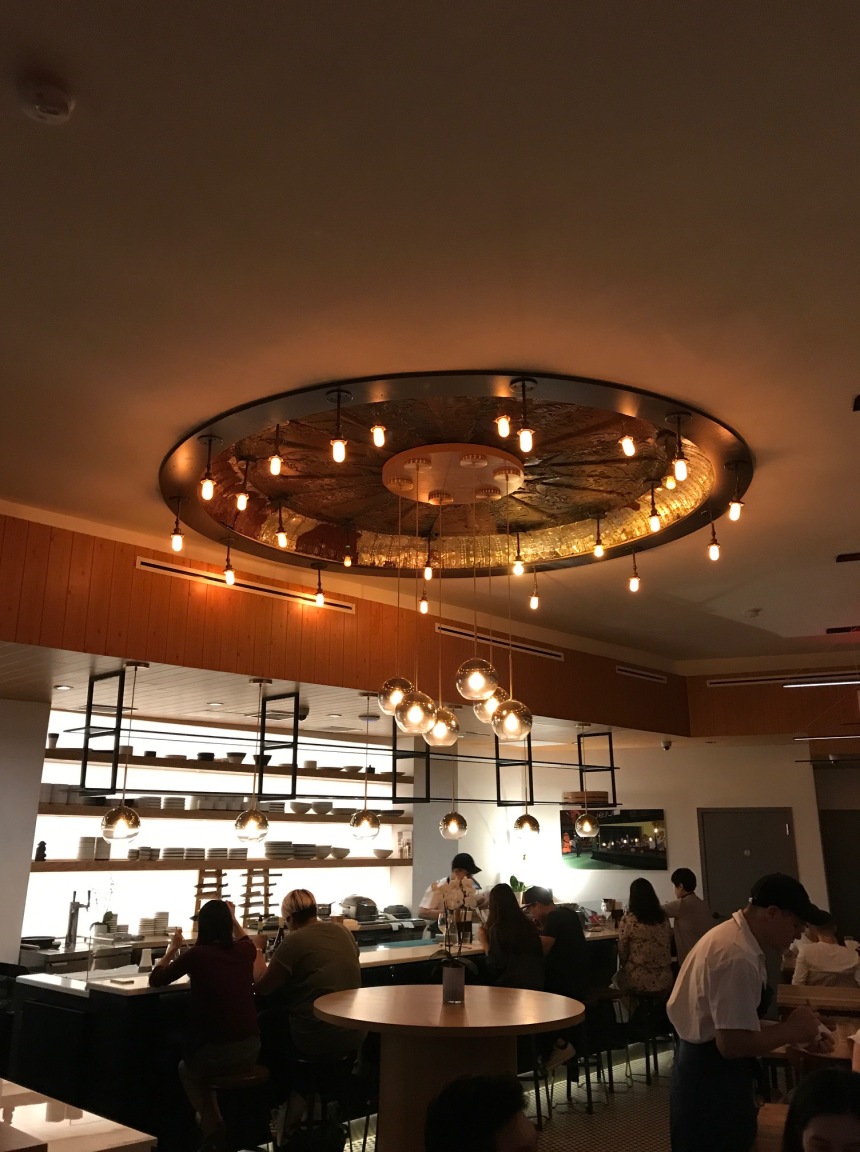 First of all, I love the space.  It’s not anything special, but they don’t pack you in like sardines – in NYC, that actually is something special.  The space isn’t huge, but in any other restaurant this size in New York, I feel like they would normally cram a ton of tables in there.  Instead, there’s actually room to breathe.  I loved that. 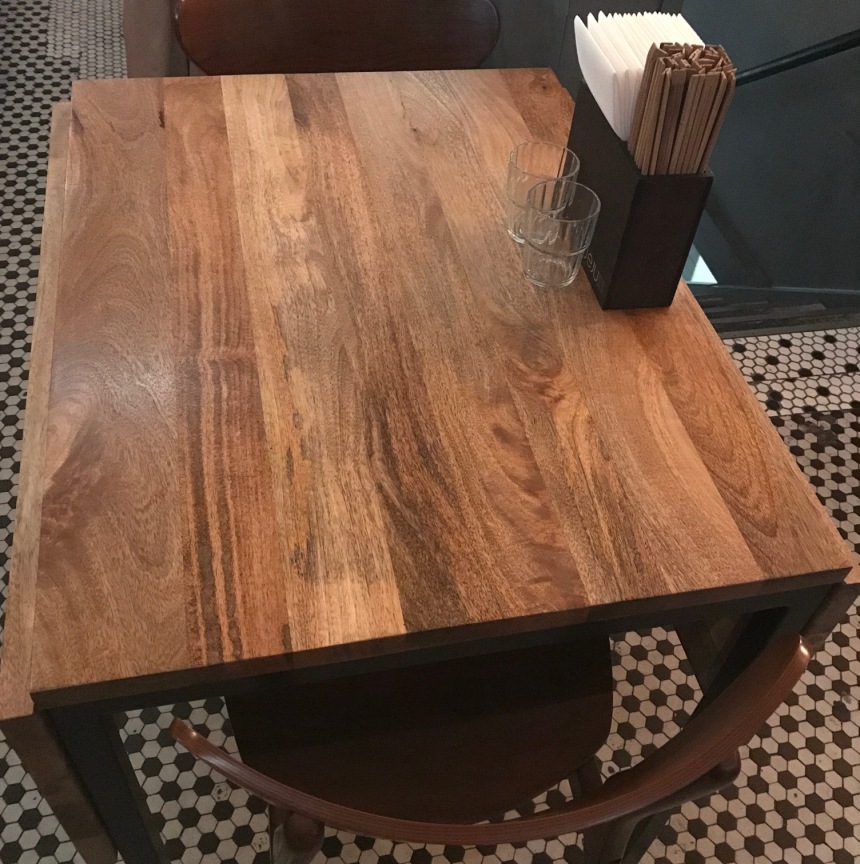 While your eyes are first drawn to the gold-hued bar and hanging lights, you’ll soon realize that the rest of the decor is simple.  This is marketed as Korean comfort food so the tables should be nothing fancy.  They come ready with napkins and disposable chopsticks.  Chopsticks you throw away – see?  Not fancy. 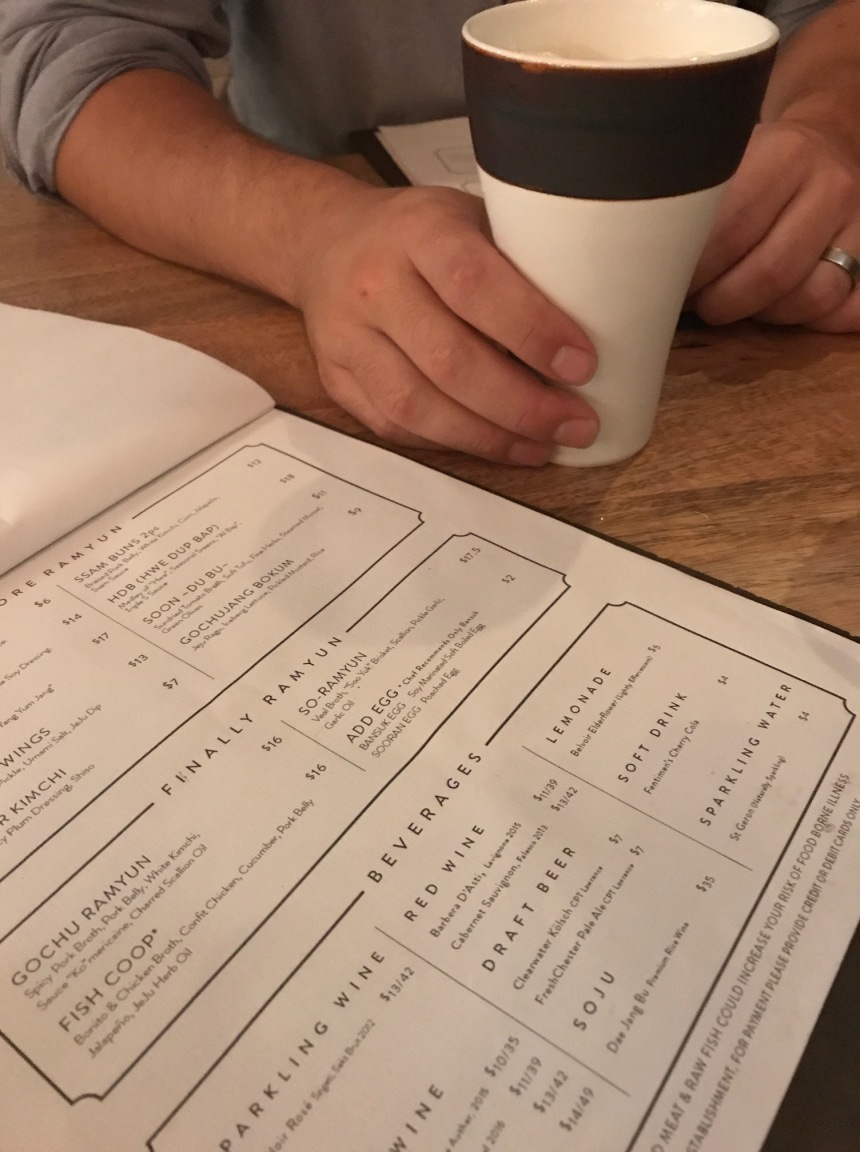 I loved the pottery they used for beer glasses.  Such a cool look and actually kept the beer super cold. 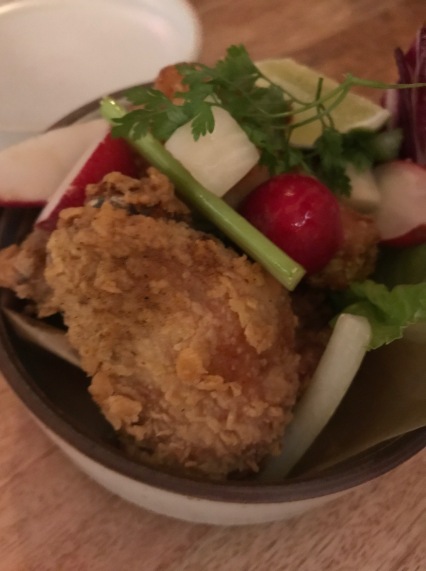 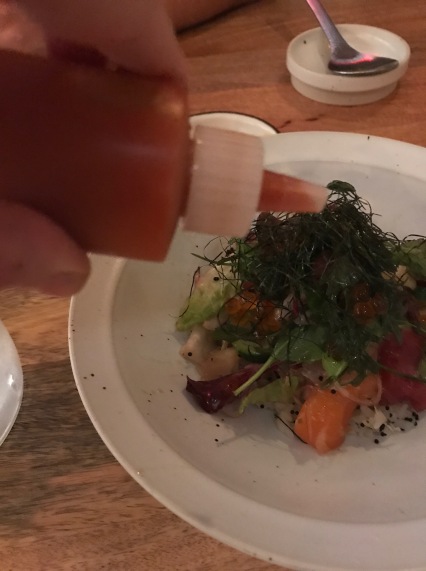 The menu isn’t huge, but it happens to feature the exact small plates you likely want to try.  We started with the wings.  They weren’t my favorite Korean wings of all time (I could have used a bit more spice and a teeny more crunch), but I really enjoyed the dipping sauce and veggies it came with.  Next up were the ssam buns.  These were some good buns.  The pork belly was perfect and it was nicely sauced.  Big fan.  Finally, we got the hwe dup bap, which was kind of like a chirashi or poke bowl – seasoned rice with cubes of raw fish and other goodies.  There was roe, black sesame seeds, radicchio…so much yumminess.  This was a fabulous dish. 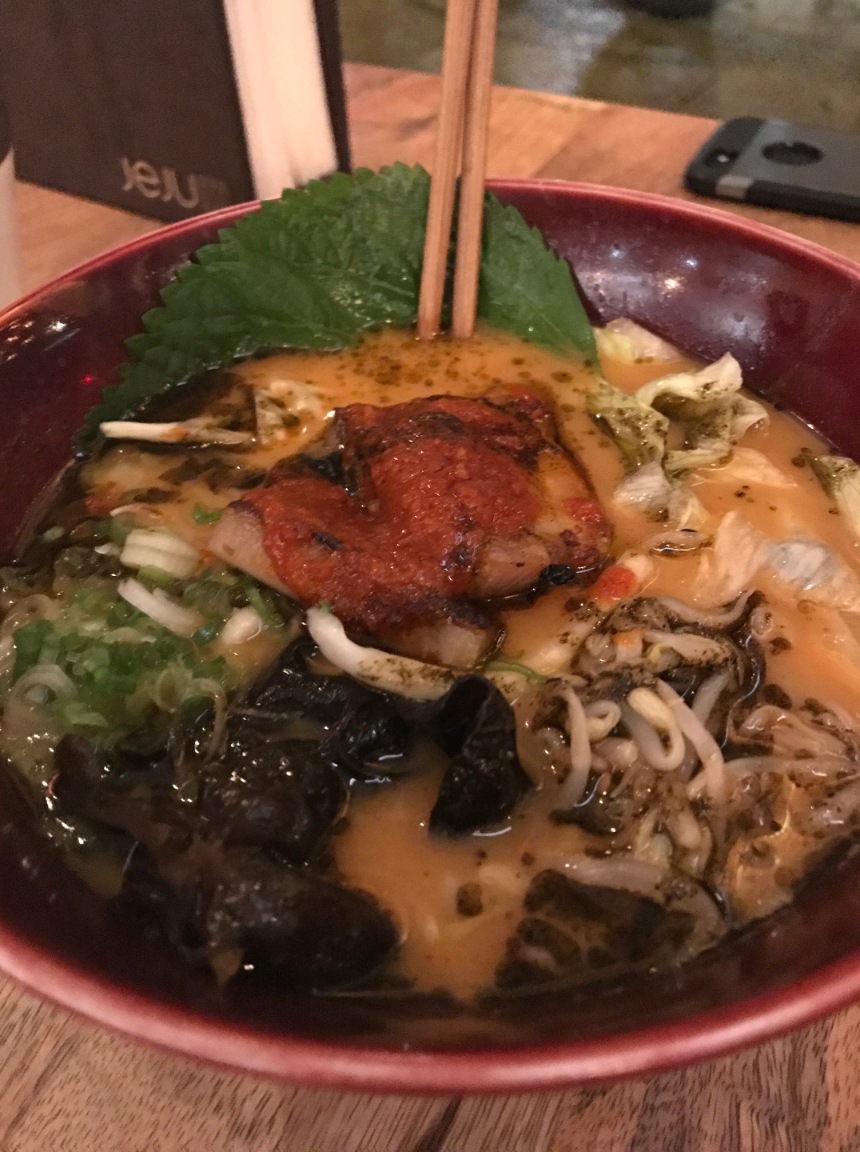 Onto the main dish of the night, the ramyun (aka Korean ramen).  Matt and Albert both ordered the gochu ramyun (pork based) and really enjoyed it.  Matt actually claimed he liked it more than Ippudo, his gold standard for ramen.  I’m going to have to go back for this one because I think the white kimchi sauce makes it very unique.  Karina tried the fish coop, which seemed to have a bit of everything when it comes to protein (bonito chicken broth, chicken, and pork belly).  She was the first to slurp her bowl clean.  Finally, I had the so-ramyun and really enjoyed it.  It was one of the lightest broths I’ve had in a ramen (or ramyun in this case) and I loved the giant mushrooms in there.  Also, though there was a lot of garlic in there, the way it was used (pickled and in oil form) ensured that it was not overpowering. 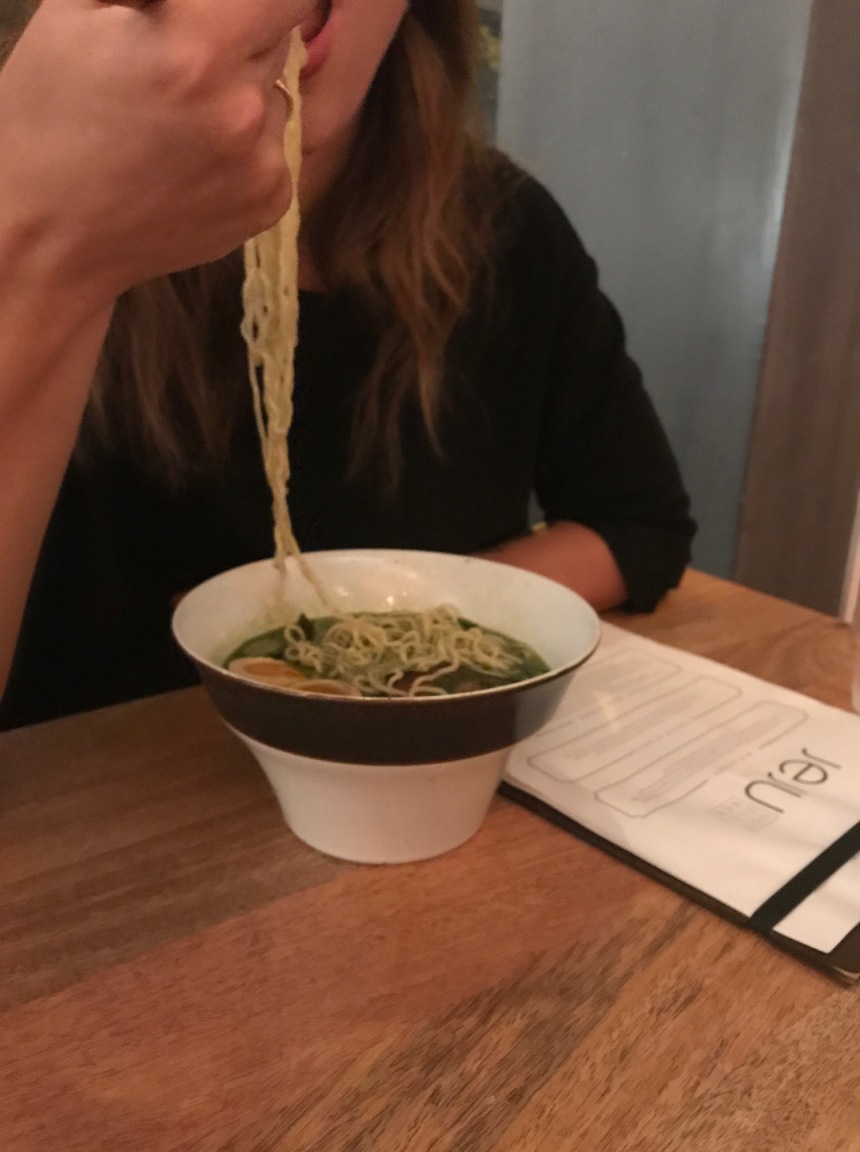 It happened to have rained on and off all day the night we went to Jeju.  That meant it was perfect soup weather.  Wouldn’t it have been such a disappointment if the soup had been bad?  Thankfully, that wasn’t the case.