Lily doesn’t seem to have the highest self esteem.  She questions her abilities as a lawyer, sees herself and overweight and unattractive, and believes her brand new husband, Ed, wishes he married someone different.  And honestly…all of her concerns might be valid.  She’s been married to Ed for about three months but already there’s such extreme tension that even their 9-year-old neighbor Carla can sense there’s something wrong.  In fact, Carla has a keen sense for those things which hide just beneath the surface and has no problem using her knowledge of these secrets for manipulation.

With things rocky at home, Lily throws herself into work, defending a man convicted for murder.  She finds something familiar in him and works hard to win the case.  Her dedication is rewarded and we are propelled 15 years to present day where Lily has established a successful career and things with Ed are good enough.  But all it takes to reveal the weakness of their relationship is a visit from their old neighbor, Carla.  Soon, Lily learns even her career is not what she thought it would be and Ed is dead.

At the core of this book is the desire for those things you can’t [or shouldn’t] have.  When people feel entitled to such things, it will eventually end in disaster.

3 out of 5 stars.  Points deducted because it was a bit slower than I thought it would be (it really could have been shorter and accomplished the same thing) and because I found Carla to be entirely unlikable. 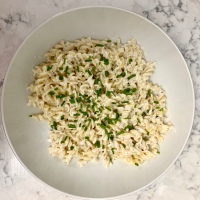