Herb butter!  What a genius and easy thing to make yourself!  I was in the mood to try out a new pasta recipe and was leaning towards something with a parmesan cream sauce but decided I should do something slightly less decadent for a Monday night.  Now I know butter is by no means healthy, but it has to be better for you than a cream sauce, right?!

The butter is easy to make as long as you remember to do it in advance.  Basically mix softened butter with fresh herbs (I had rosemary, thyme, and parsley), form it into a log shape, and stick back in the fridge to harden for about an hour. 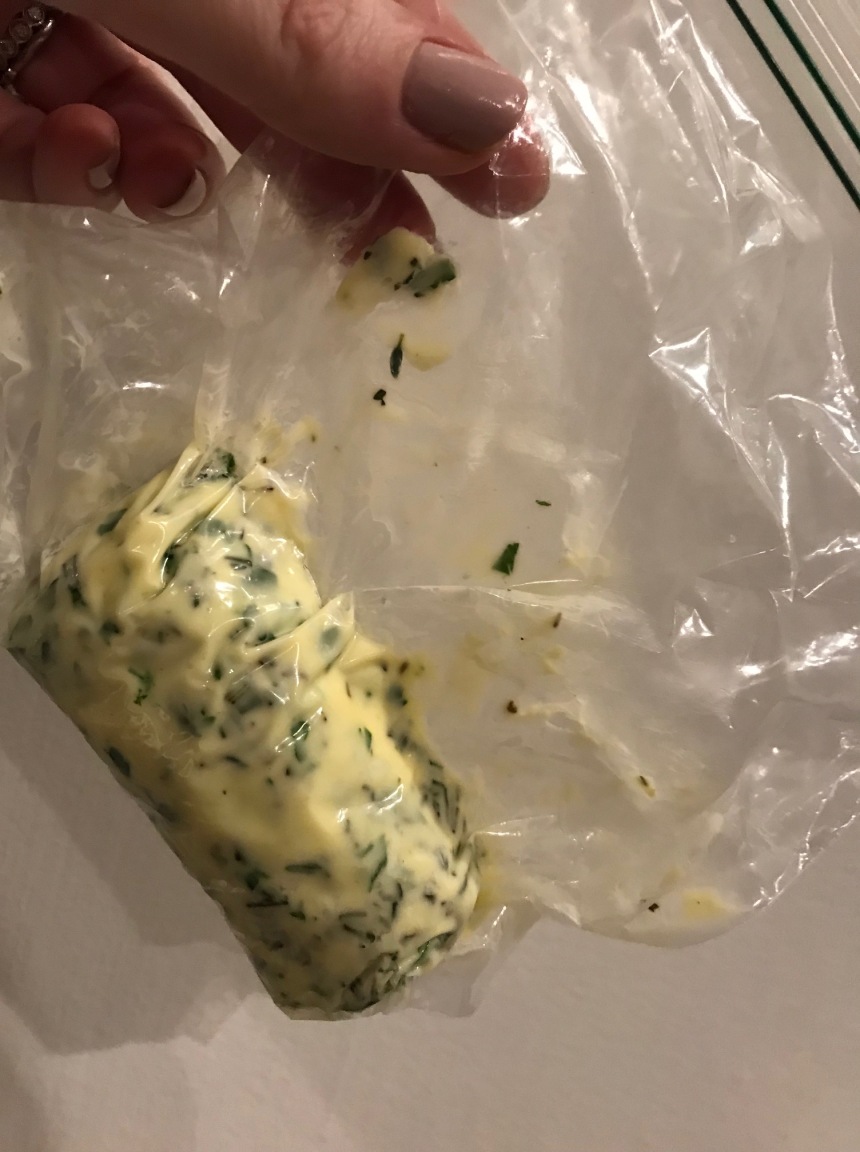 HOT TIP: This herb butter was great for flavoring the pasta, but I also put a pat of it on the top of the hot steak I served alongside my pasta and ooooh baby.  It melts into flavorful perfection.  I had seasoned the steak with only salt and pepper so this gave it a little something extra.  You can also spread it on toast…maybe top that toast with sliced radishes.  The point is, there are tons of uses for this herb butter so do yourself a favor and make a large enough batch that you can keep in the fridge and use throughout the week (it’ll keep for about 5 days).

For the rest of the dish, start boiling water while you cook your veggies.  I used white onion, cremini mushrooms, and asparagus.  The onions will take the longest, so start them first, followed by the mushrooms, and adding the asparagus last.  I really liked this mix of veggies because the asparagus felt bright and almost spring-like, while the creminis felt like more or a winter veg.  Since it was a cold January day, I also chose more winter-y herbs (mint and basil, for instance would have felt much more summer-leaning).

The water was boiling when I was about halfway done cooking the veggies so I dumped the pasta in the pot (I used a gigli shape, also known as camanelle or riccioli, but any would do – I think farfalle would be great) and it all finished cooking around the same time.  Drain the pasta and toss with the veggies.  Then slice the herb butter and toss it in there as well.  The hot pasta will melt the butter.  No need for a sauce when you have this gorgeous herb coating infused throughout the dish.  Top with a little fresh parm and you’re good to go! 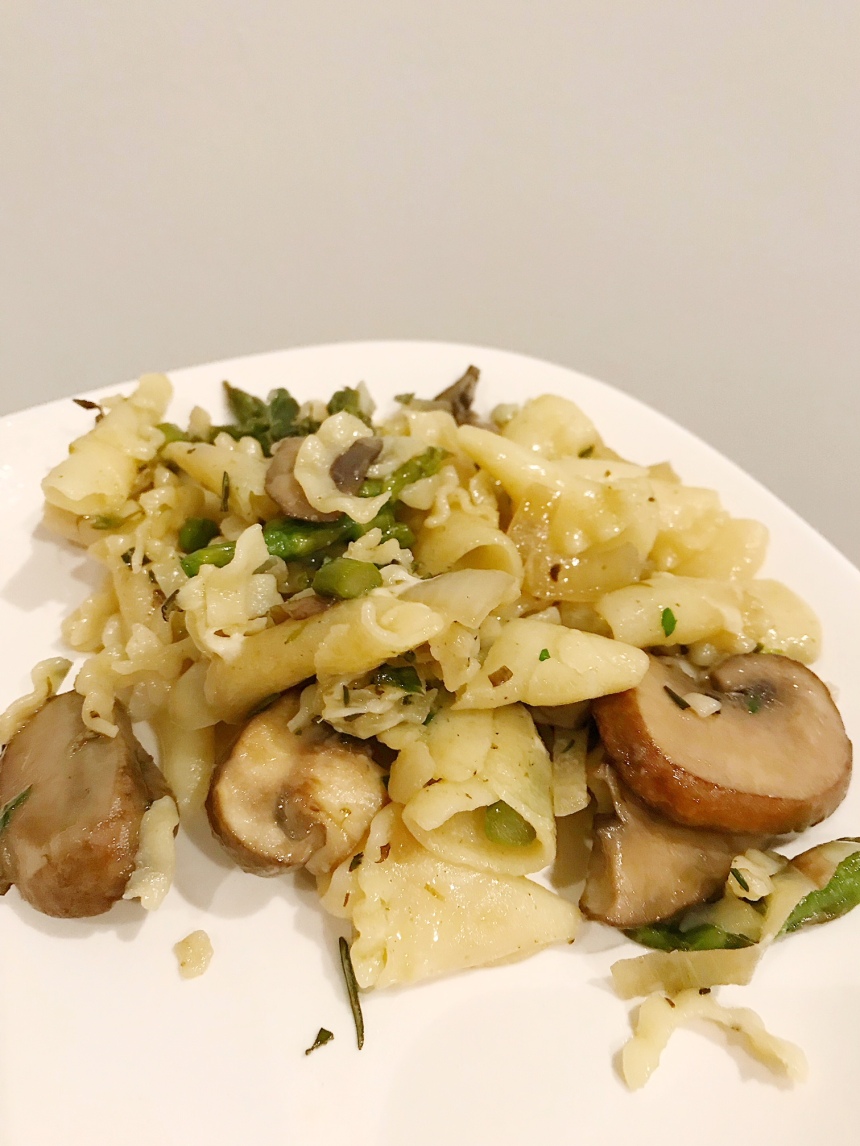