My slaw style is pretty simple.  I like a basic dressing of 3 parts mayo to 1 part sour cream.  That’s easy enough and since cabbage is in season in January, I decided to whip up a batch. But not just any batch: a BUFF batch.

Mix a cabbage slaw mix with that 3:1 ratio of mayo and sour cream.  Add salt, buffalo sauce to taste, and crumbled blue cheese.  Toss to combine.  I also like to add a few crumbled up tortilla chips.  I know that sounds strange, but I feel like it reminds you of the crispy skin on the wings, especially as the chips soak up some of that sauce and are crunchy but not toooo crunchy.

I served mine on top of a nice pan-seared steak.  Partly because steak plus blue cheese is a well known awesome combo. But also because these two items together really make me think of grilling season…even though it’s sub-40 degrees outside right now. 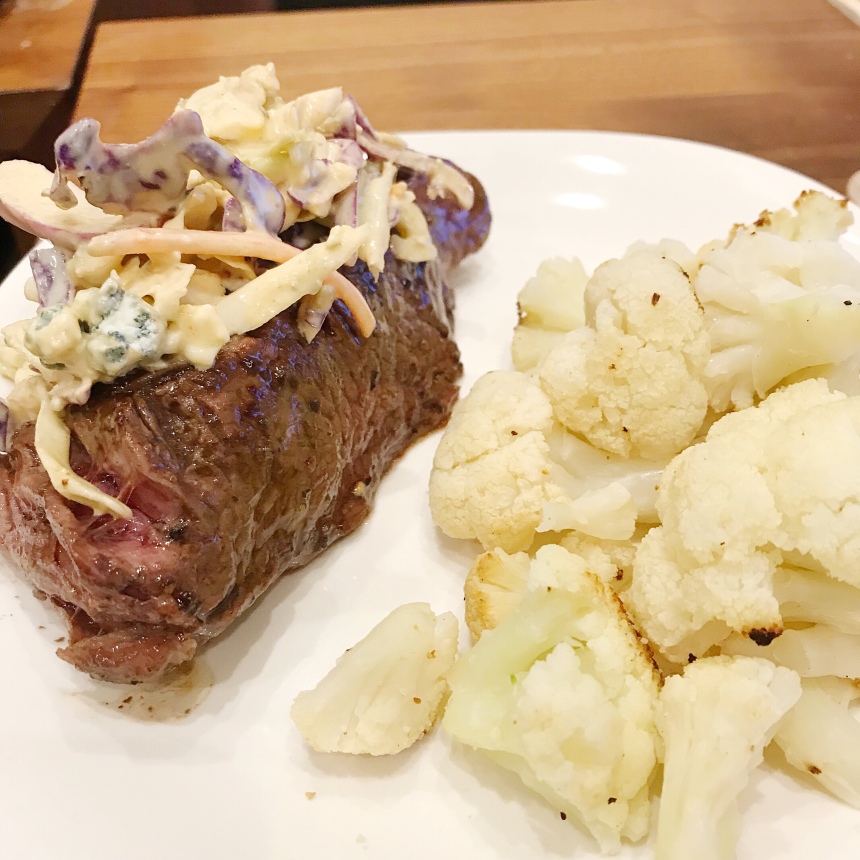