A couple years ago I went to hear Ruth Reichl speak and never forgot the moment during the Q&A when she said one of her all-time favorite meals was breakfast at Buvette.  I don’t remember the exact dish she mentioned (maybe eggs?), but I do remember the look in her eyes when she described how delicious the food was and how lovely the restaurant was in the morning.  Considering she is a legitimate authority on all things food, I knew I had to make it there.

It took a while, but Linds and I finally made plans to head there for brunch.  She was at the Ruth Reichl talk with me and the mention of Buvette had made such an impression on her that she made it one of the last items on her bucket list to hit up before moving out of the city.  Basically, this restaurant was going to be one of the last things Lindsay remembers about her time in NYC.  No pressure, Buvette.

Though Buvette had a lot to live up to, I wasn’t concerned.  People don’t line up out the door in the middle of winter for a bad restaurant.  We put our name on the list, grabbed coffee next door, and 45 minutes later found our table ready.

The place looks like the quaint French bistro you expect.  Old glass, wooden tables, vintage serving pieces.  Give me all of it. 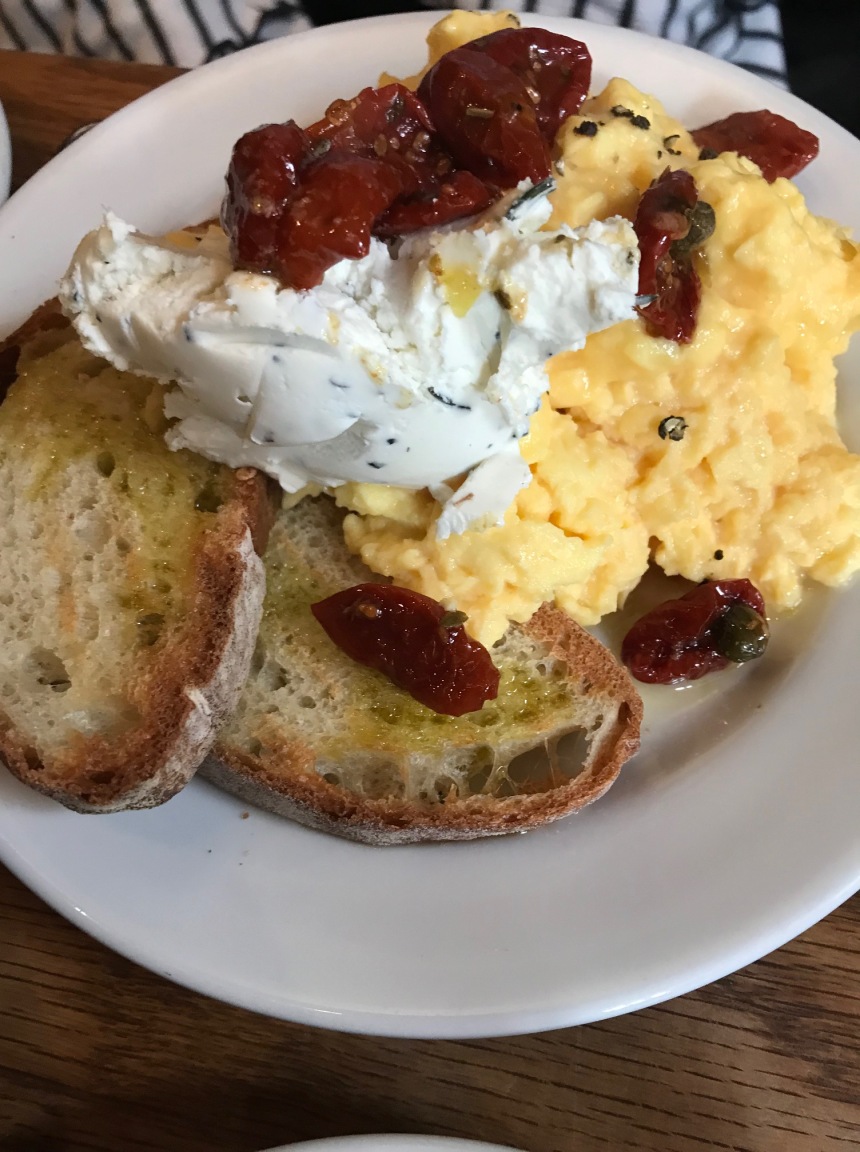 Better than the serveware was the food itself.  We took one look at the adorable pop-up menu and wanted everything.  To maximize our time, we ordered steak tartare to split and then an entrée apiece.  The tartare was perfect and like butter.  Bonus points for caperberries as part of the garnish.  Linds got one of the oeufs vapeurs (aka scrambled eggs on toast).  Hers came with dried tomatoes (that were still plump, clearly oven-dried – not like shriveled sundried tomatoes from a jar) and a massive mound of goat cheese.  I had to order a version of a croquue monsieur, this one had roasted mushrooms punctuating the gruyere bechemel topping. 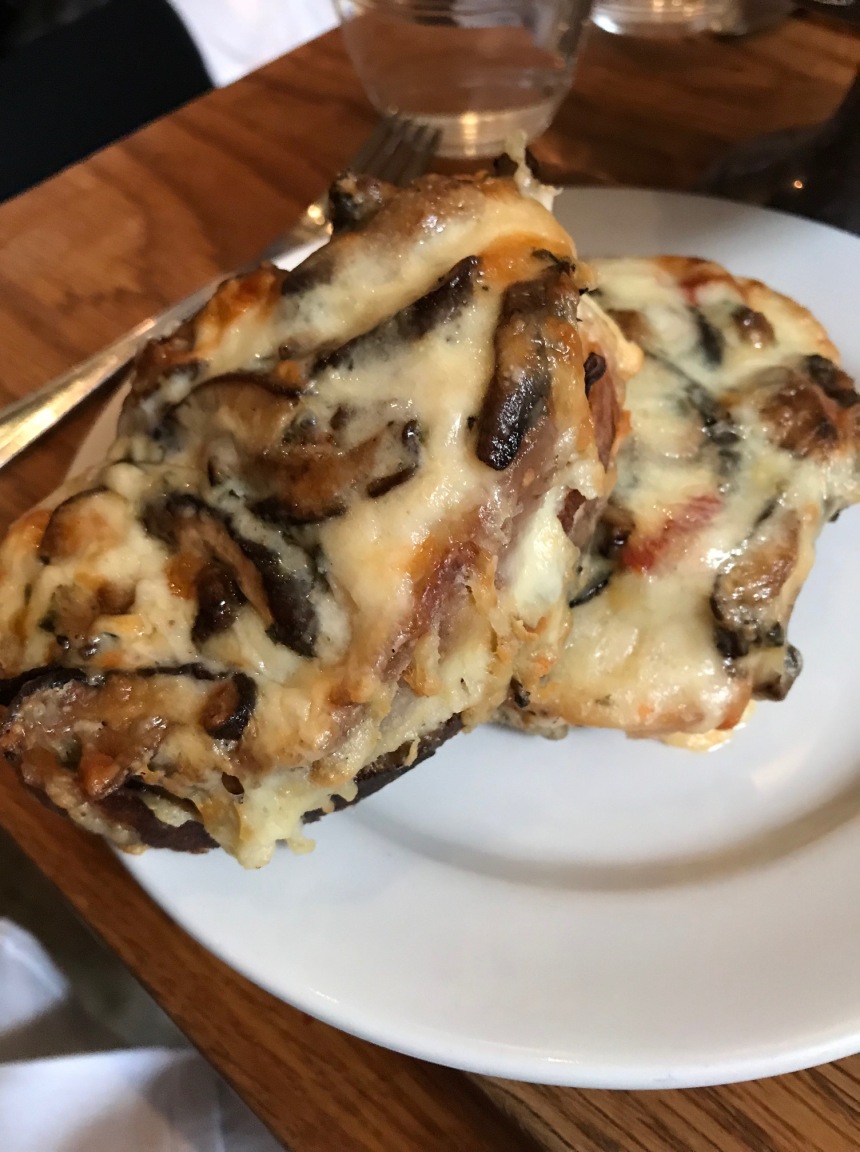 If you’re the kind of person who dreams of walking the stalls of the Paris flea market, Buvette is your dream.  Everything we ate was delicious and portioned so that you eat just enough of the rich ingredients.  My thanks to Mrs. Reichl for opening my eyes.