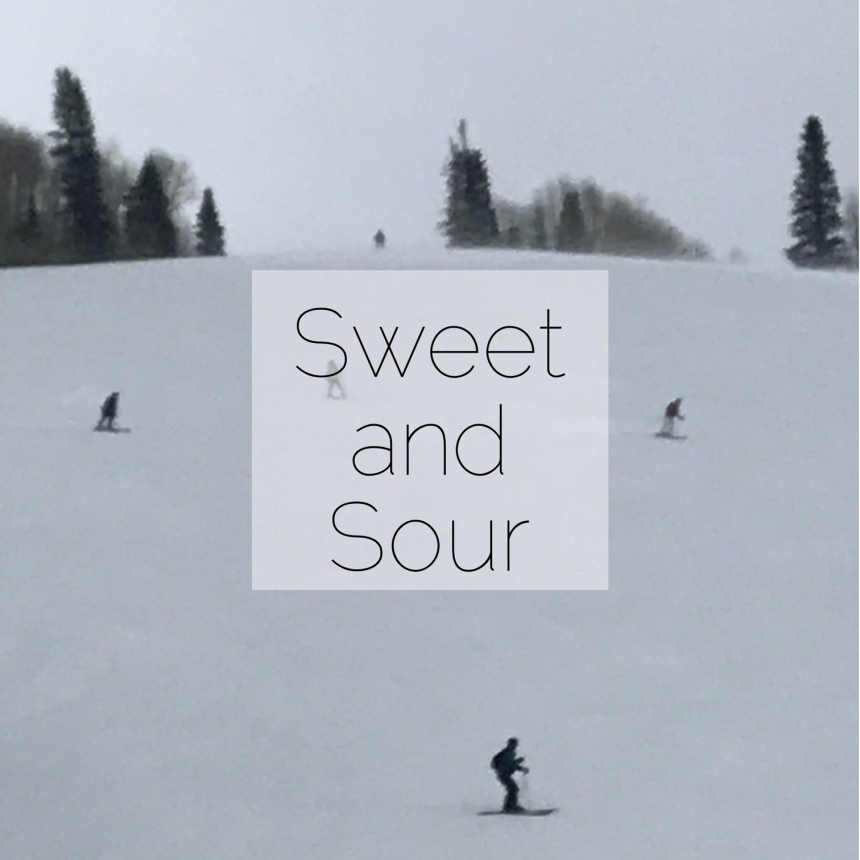 Sweet: Don’t get me wrong, it’s still cold here in NYC, but it’s consistently 10 degrees warmer than it was 3 weeks ago and gets brighter earlier.  These changes have done wonders to my workout routine.  I don’t usually get done with work early enough to regularly go to the gym at night, but I’ve started going in the morning again.  I’m not quite back to my old, healthy ways, but I’ve made significant improvements, which gives me hope for losing all the weight I’ve packed on the last few months.  I also tested a new recipe, which is something I hadn’t done for about two weeks.  Those two things have me feeling so much better about myself.

Sour: I was terrible about grocery shopping this week, which meant a lot of buying lunch and I hate that.  Also, I tried to rally on Tuesday to go out to a comedy show with Karina, but after a barre workout and a general lack of sleep I just couldn’t do it.  I’m bummed that I missed the opportunity to hang out with her!