Shrimp tacos topped with slaw is a winning combo.  Type shrimp tacos into Pinterest and every result includes slaw.  In fact, I usually see the same one or two recipes.  That’s why, when this was the very first hit, I was intrigued – one I hadn’t seen before!  I immediately bookmarked it to make last night since my beau requested shrimp tacos and salad for Taco Tuesday and what baby wants, baby gets! 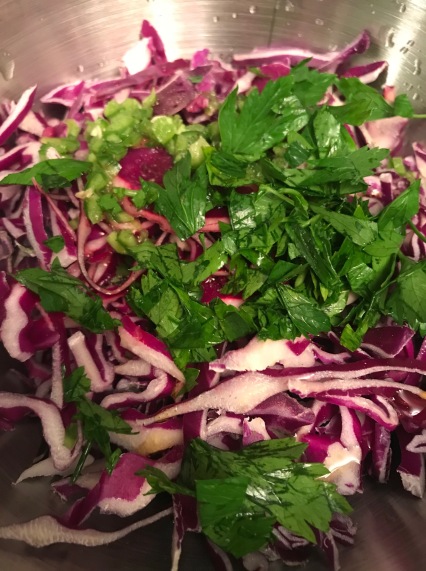 I followed the recipe pretty closely…except for the fact that I accidentally bought parsley instead of cilantro.  No matter, still tasty (and less polarizing since 50% of the population hates cilantro).  With parsley, the flavor is less traditionally Mexican, but the fresh herbs keep it tasting fresh and bright. 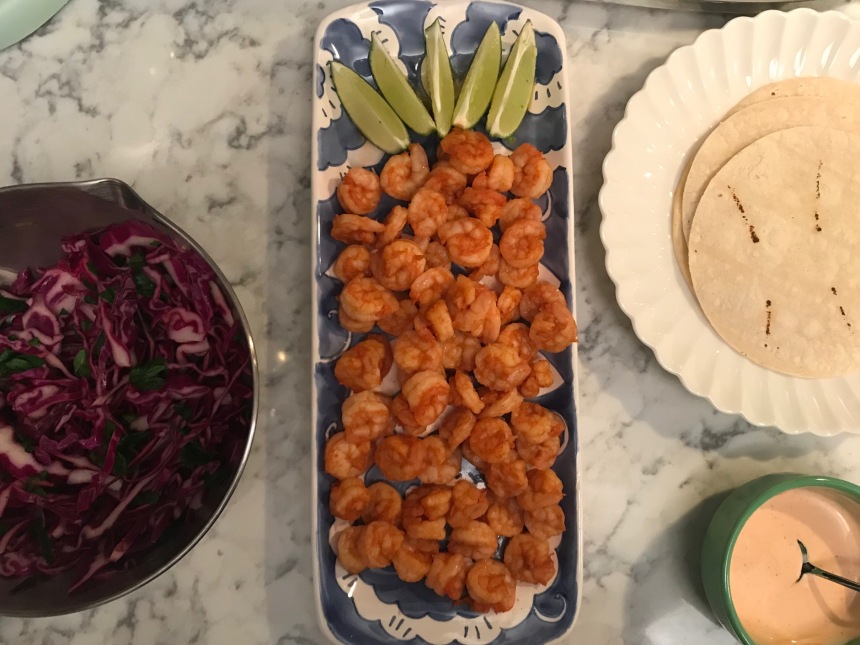 Overall this was a super easy dish to pull together with just 3 components:

I love that this slaw isn’t a creamy one.  Especially since the sauce isn’t mixed into the slaw, you use less of it so this is a pretty healthy taco dish overall.  The honey balances out the jalapeño nicely and the apple cider vinegar makes it just a bit sour, which is unexpected and nice.  And you don’t have to sell me on sriracha ranch – hey girl heyyyy!