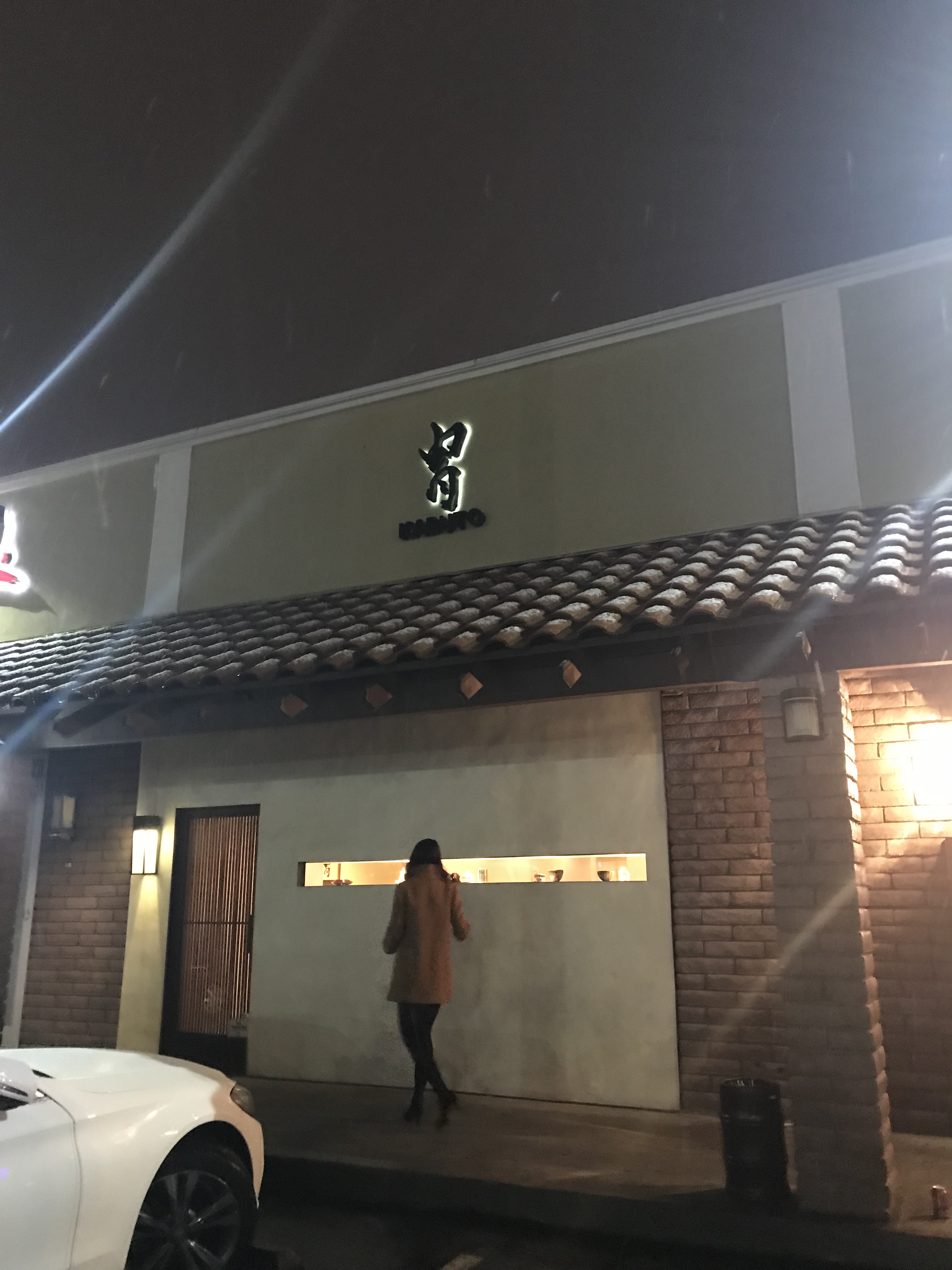 Allison’s birthday was the day before we were all in Vegas and since Vegas is known for good eating, it was a must to have her bday dinner there. She requested a “legit omakase sushi meal” since it’s something she can’t get in Savannah. Mark did some research and found a truly amazing spot. 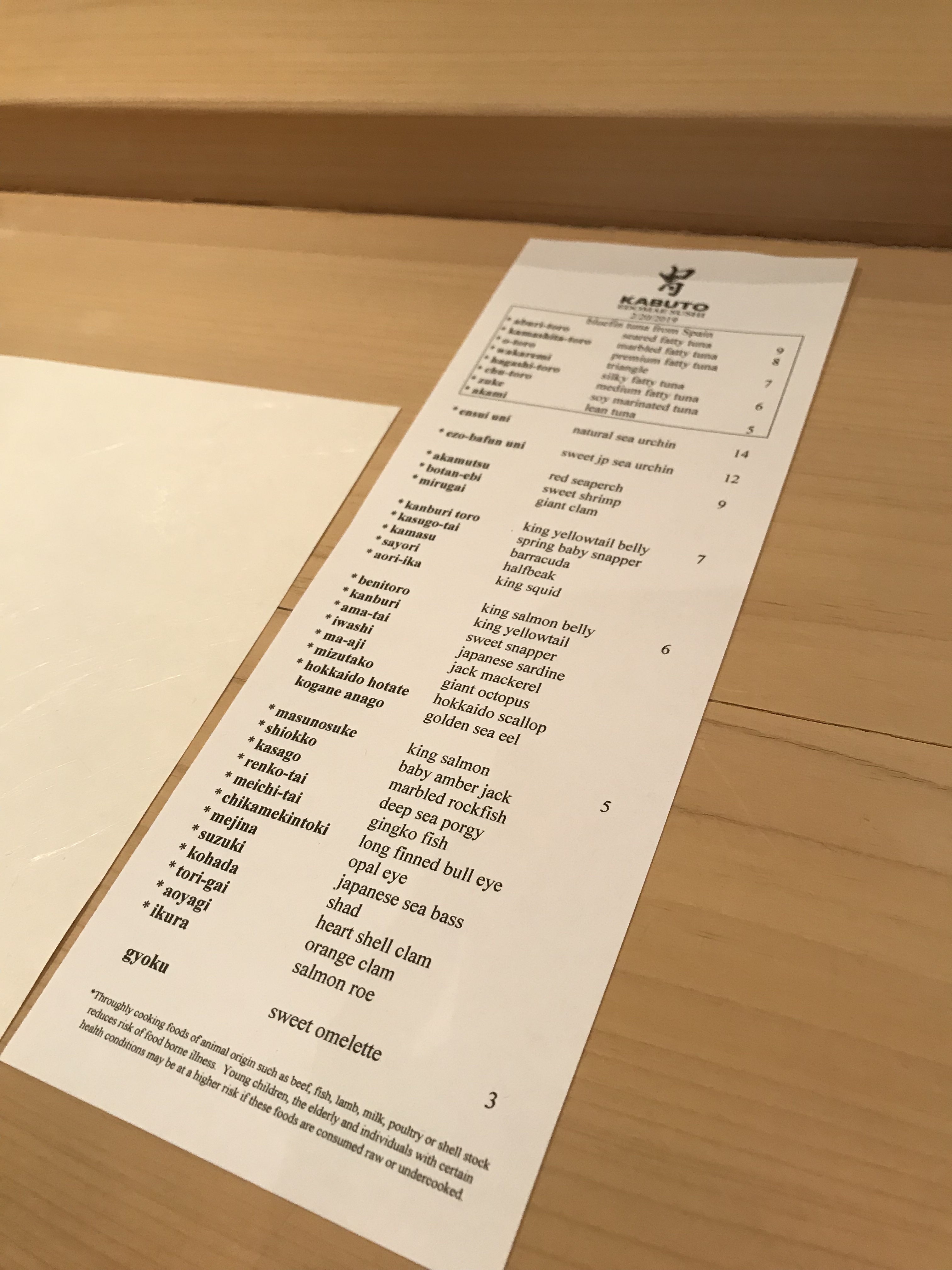 Kabuto is off the strip and very under the radar. It’s in Chinatown, which I didn’t even know was a thing in Vegas. Different from Chinatowns in NYC, Sam Fran, or DC, Las Vegas’ Chinatown is essentially a row of strip malls. (It’s similar to Buford Highway in Atlanta, but all Asian.) It’s very unassuming (in fact, we drove past our restaurant several times before finding it), but the area is home to some amazing and authentic restaurants. 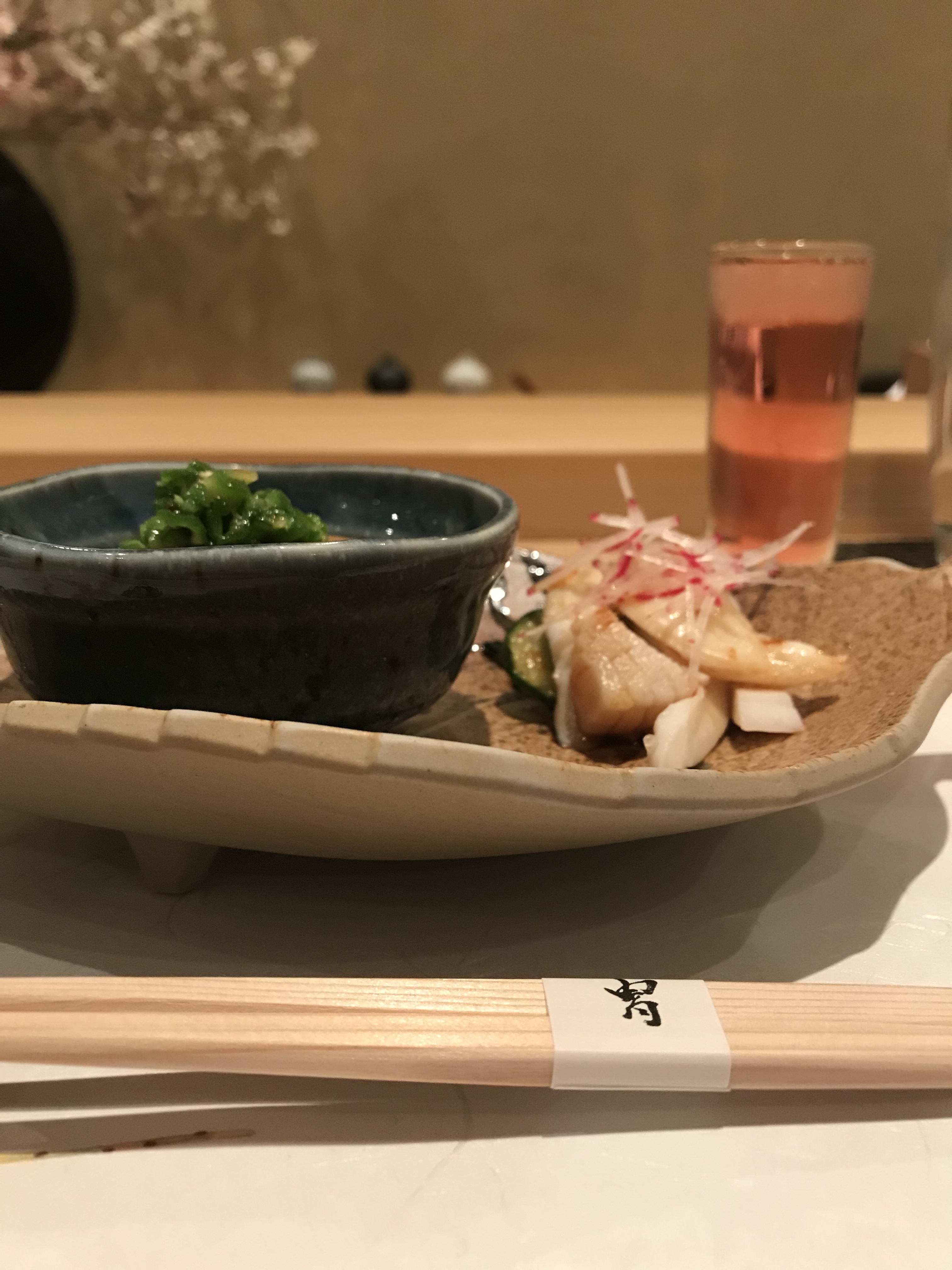 Kabuto specializes in edomae style omakase. Omakase is Chef’s choice, while edomae style is served “one piece by one piece” and meant to be eaten right away with your fingers. The chef has prepared each piece with soy sauce or whatever proper accompaniment he has brushed on, so don’t add your own thing. This is for real sushi lovers. You won’t find any rolls on this menu. My beau eats what I call “sushi lite” – he likes a roll here and there, but isn’t into the super raw stuff. We were upset when he started running a fever the night of the dinner, but it turns out this would not have been a meal for him so it’s probably better he stayed home. This is the kind of meal – an experience, really – that you want to appreciate. 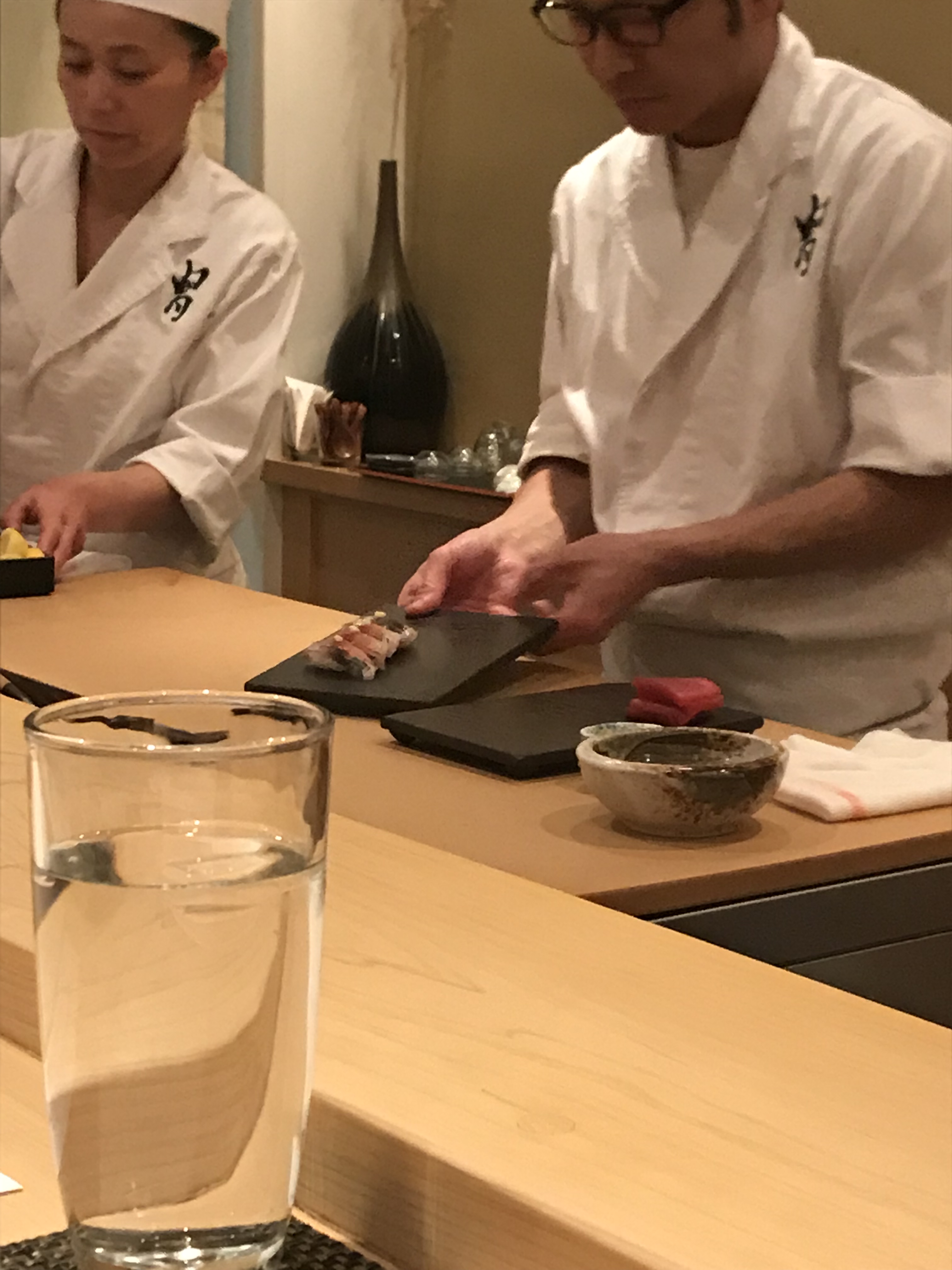 There are a couple omakase levels, and we decided to go with the deluxe. And added a sake pairing. We also added one sushi piece because we couldn’t help ourselves. We took a “go big or go home” approach. Was it expensive? Yessir. Do I regret it? NOPE. This was the best sushi meal of my life. 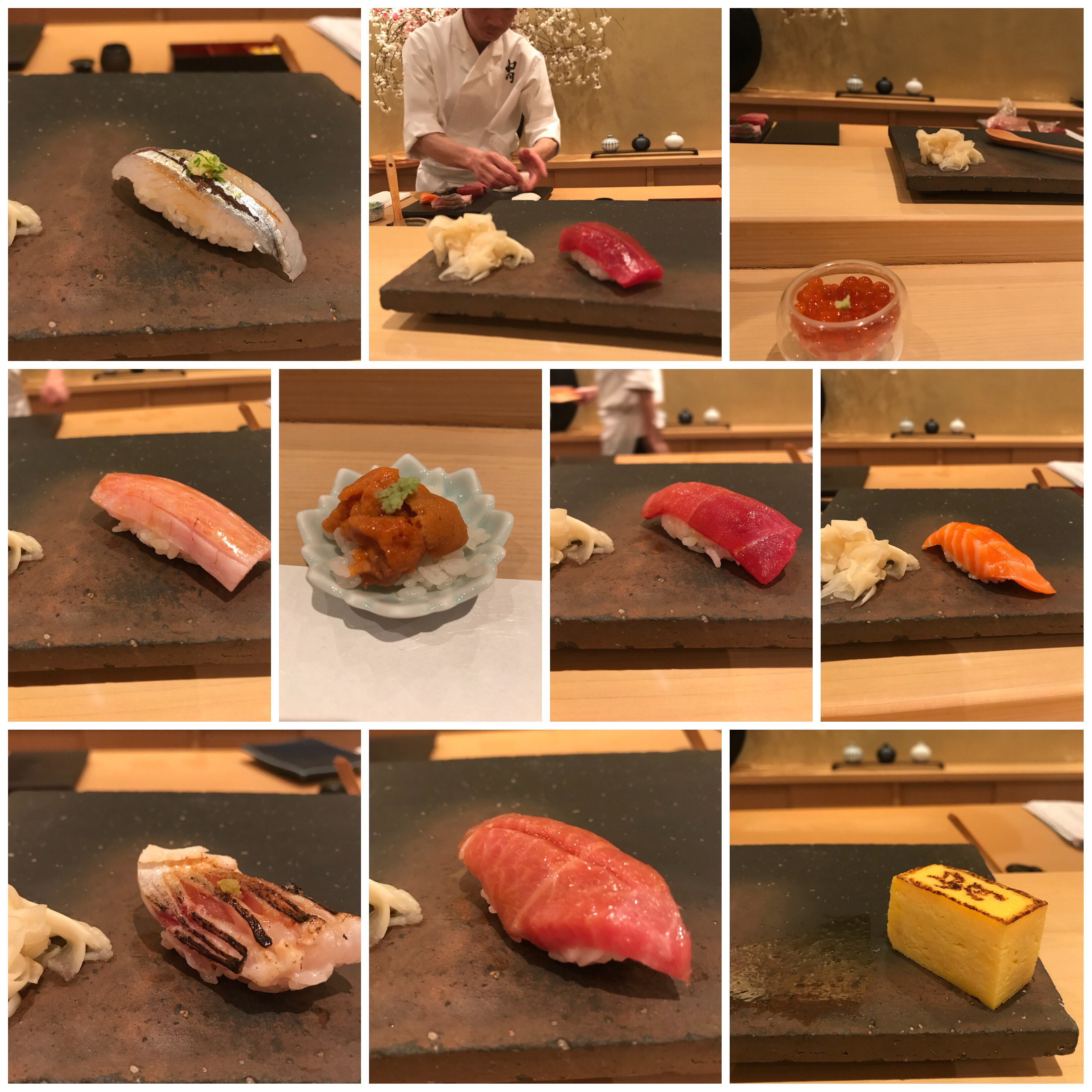 It immediately became apparent that these dishes are veryyy thoughtfully prepared, and I would never remember the details if I didn’t write it down. Out came my phone and the “notes” app. Our waitress thought I was being rude, texting during her description of each course…until she realized I was taking meticulous notes on everything she was saying. Then she complimented me on my typing speed. What follows, are my notes and a full run down of the meal (sorry about the two items I forgot to photograph!): 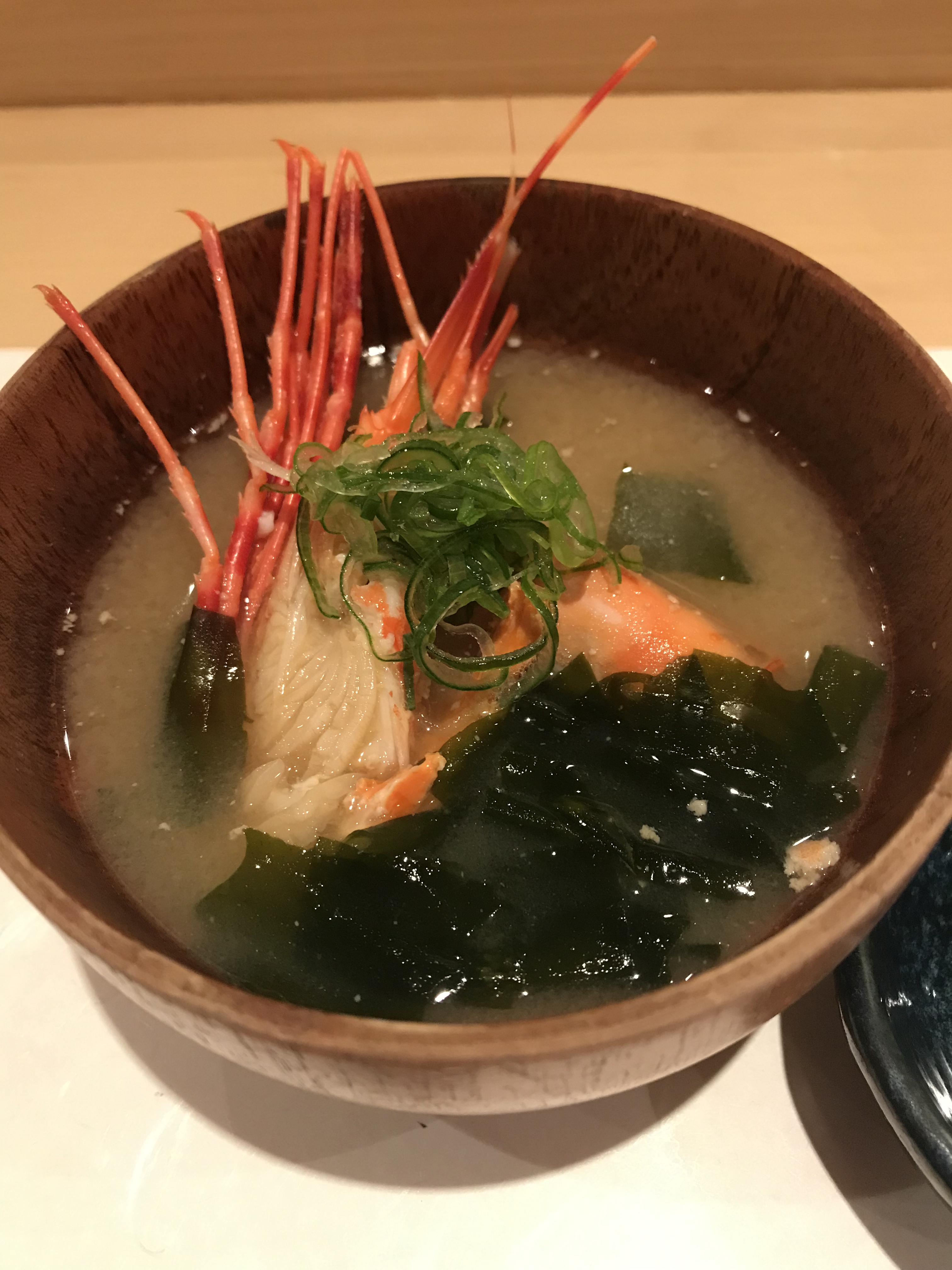 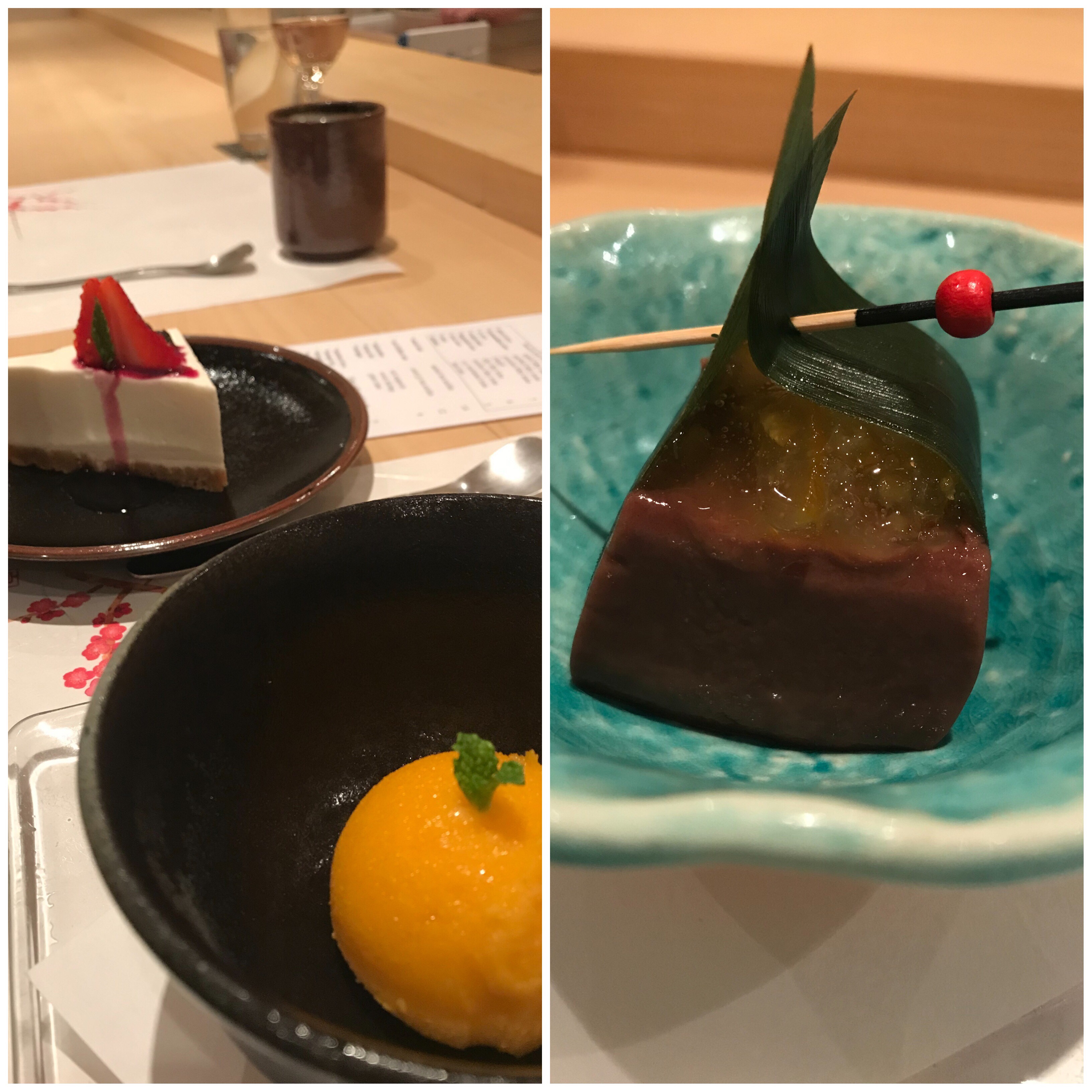