I always thought the best way to cook bbq pulled pork in a slow cooker was to simply drop in a tenderloin, cover it in bbq sauce, and cook til it pulls apart and soaks up all of said sauce. No. That’s not the way. This recipe will get you better pork with zero additional effort, so pay attention.

First off, use pork butt (shoulder). That’s the cut pitmasters use when they smoke it, so you should follow their lead (and don’t use tenderloin). Put your pork in the slow cooker and cover with whatever seasoning you have on hand. I used salt, rainbow peppercorns, white pepper, two bay leaves, and cumin. Plenty of seasonings would work – this is just what I grabbed from the spice cabinet. I also threw in about 5 slightly smashed garlic cloves. Finally, pour in some water. You just need enough to create some steam and keep the meat moist while it cooks – you’re not making a sauce. In my case, I only needed about 1/4 to 1/3 of a cup – only let the water go halfway up the meat at most. 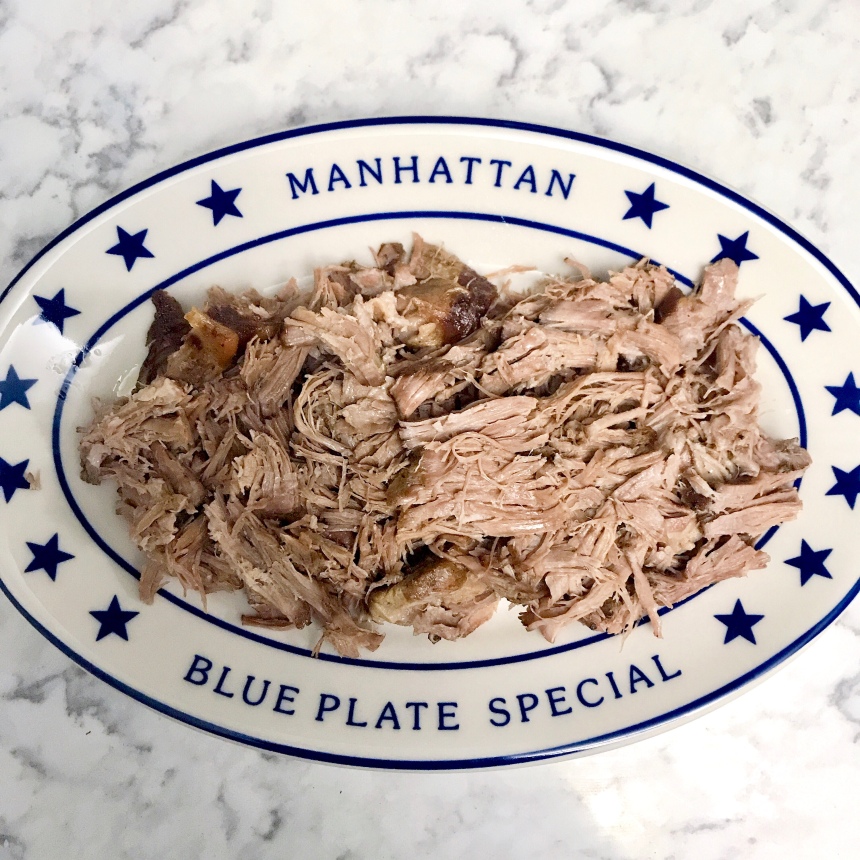 Let it cook on low for about 7 hours. Remove the pork from the crockpot (it will likely start falling apart when you pick it up with the tongs), place it on a cutting board, and use two forks to shred it. Not covering the meat entirely means the top part will get a sort of crust reminiscent of the bark you achieve when you smoke meat – and you don’t even have to sear it. My beau said this was the best my pork has ever been, which sealed the deal: this is my method from here on out. 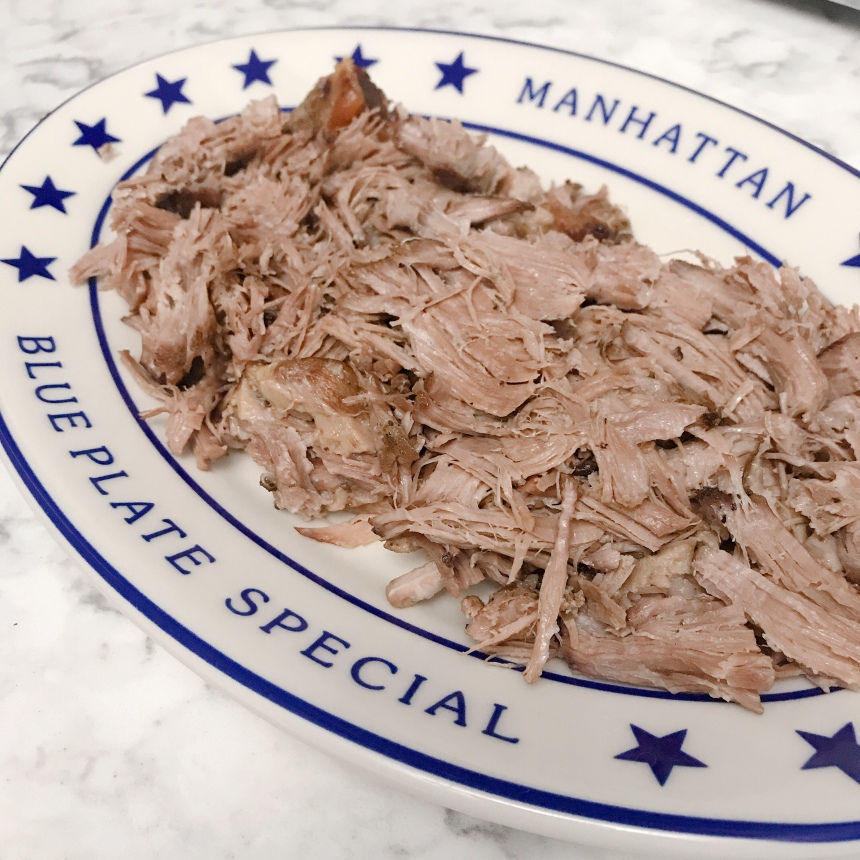