Believe it or not, but I had never made chili.  There are two main reasons I never tried:

But then it hit me: if everybody has their own version, I could have my own version and do whatever I wanted with it.  That means I don’t have to have beans in there if I didn’t want them.  Out they went!  My father says that if chili doesn’t have beans then it’s not really chili.  Well, if bean-free chili is wrong, I don’t want to be right.

The rest of the chili came together with no real recipe, and I was thrilled with the results.  I browned ground turkey with onions and then threw the mixture in the crock pot.  Into the slow cooker I added a 14.5 oz can of diced tomatoes and 2 small cans of tomato juice.  Then I added one diced jalapeno and some spices (garlic powder, chile powder, paprika, and cumin).  I have no idea what quantities I was using for the spices…I just kinda dumped them in.  The chili cooked away for 4 hours on high and when it came out it was perfect.  And, since I used turkey, pretty dang healthy.  I topped it with sour cream and cheese.  Duh.  Fresh herbs like parsley or cilantro would be great.  Scallions would also be a nice addition.  But I didn’t have any of that.  I was more focused on getting the bare minimum ingredients from the grocery store.  But all that taught me was that, when it comes to chili, the bare minimum is still delicious.  I wasn’t making cornbread (there’s that bare minimum mentality for ya), but there were corn muffins by the register at the grocery store.  It’s basically the exact same thing and made for the perfect side dish. 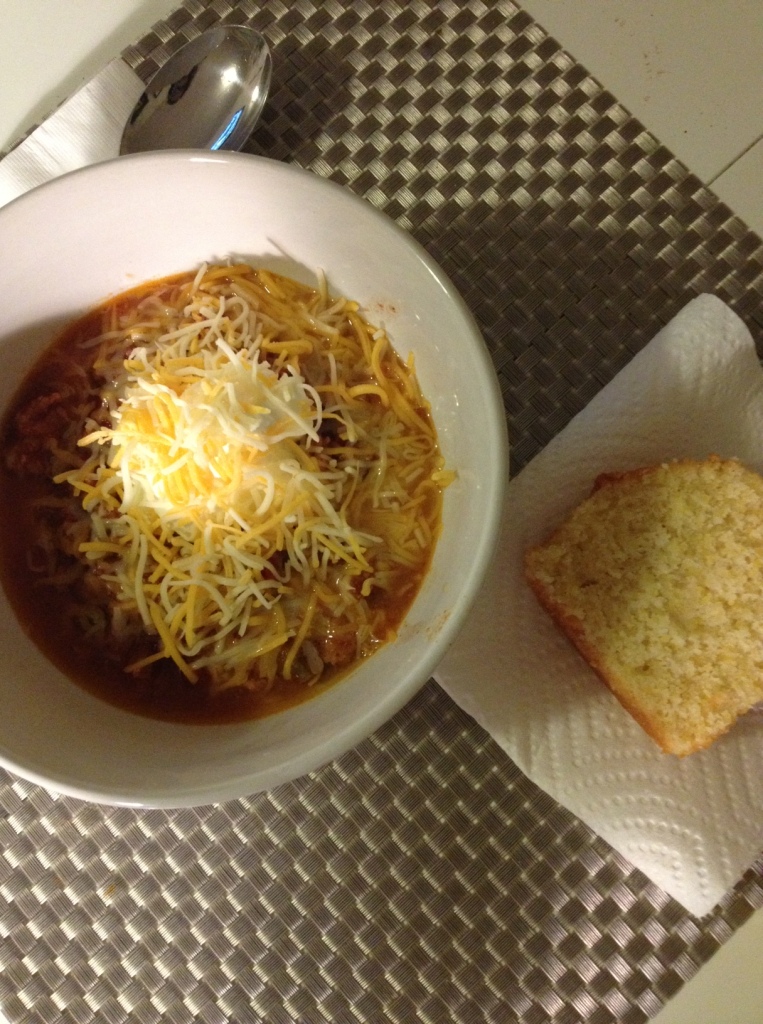