One of our first stops in San Diego was Galaxy Taco, our friends’ fave taco spot in La Jolla. As a last minute addition to my taco order, I got the Brussels sprouts and thought they were so good that I took a pic of the menu so I could recreate them at home. It was actually beyond simple and came out very close to the restaurant’s version, so I’m thinking this will be a regular side dish on our Taco Tuesday table. 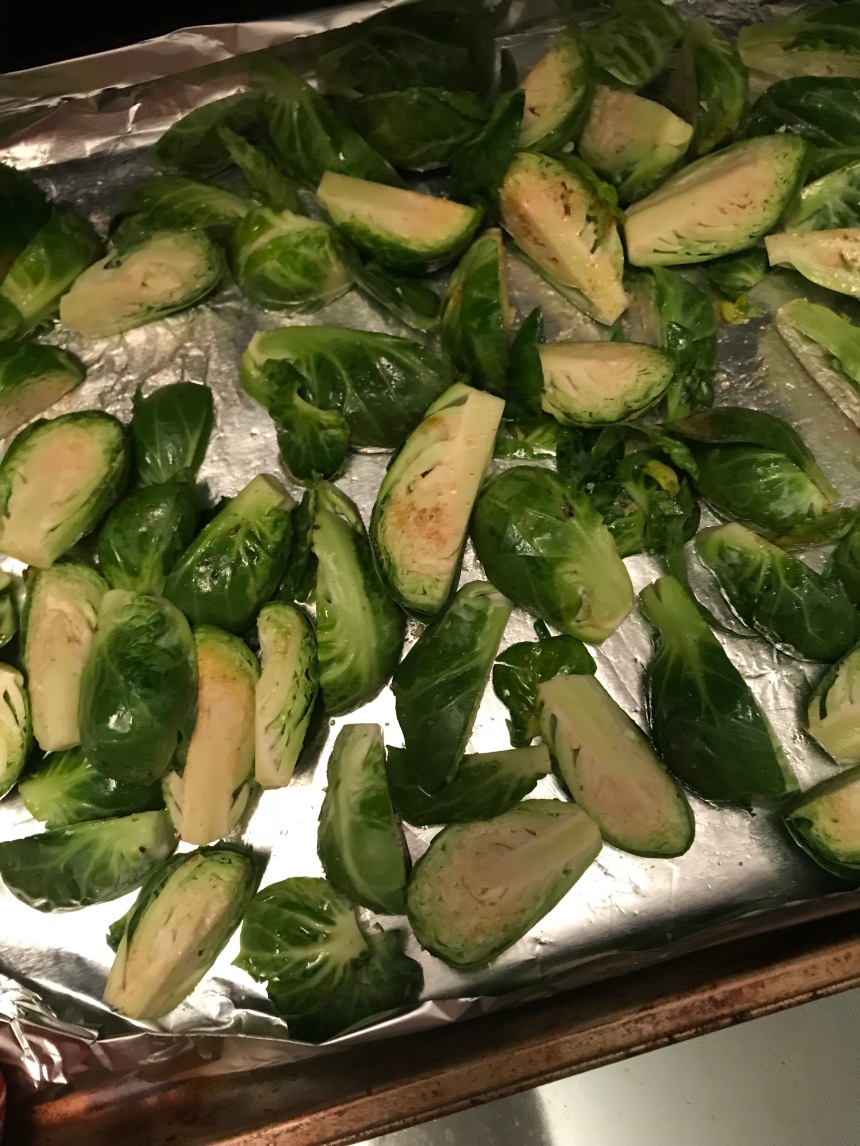 First, toss quartered Brussels sprouts with olive oil, salt, and cumin. Roast them at 350 for about 20 minutes (or until they’re nice and browned), flipping halfway through. While they’re cooking, make your sauce of mayo, canned chipotle (I found them already puréed, but if you only find the canned peppers, you can just purée them with the mayo, using and immersion blender), fresh lime juice, and a little salt. When the sprouts are done, put them in a bowl, drizzle with the sauce (be liberal here – I actually went back and added kore later because it was so good), and then top with fresh cilantro and a generous portion of crumbled cotija cheese.

I made this last week in the middle of a pretty serious heat wave. My beau thought I was coo coo for Cocoa Puffs just for turning the oven on, but I gotta tell you that after tasting this, I don’t regret it for a minute.