Ok ok – I know Chanukah is way over, but this recipe is worth it. I made it on the last night of the holiday and am now kicking myself that I waited so long. Bookmark this page, add it to your Pinterest board, or print it old school style. You’re going to want to reference this recipe later if you celebrate the Festival of Lights. 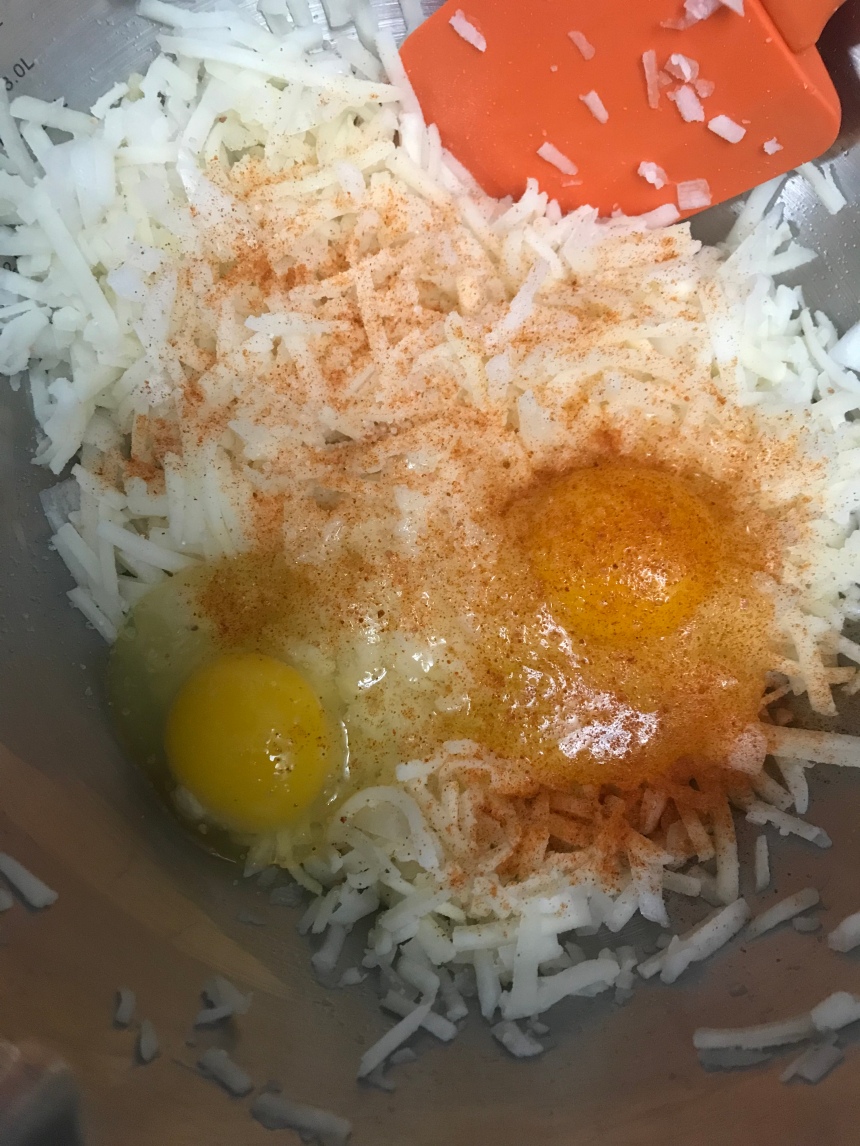 I was always intimidated by latkes. I tried making them once but definitely didn’t master them. It’s a lot of work grating the potatoes, and if you don’t properly strain the water out of them, things can easily go awry. This recipe solves that. It is so crazy easy and churns out some of the best latkes I’ve ever had. 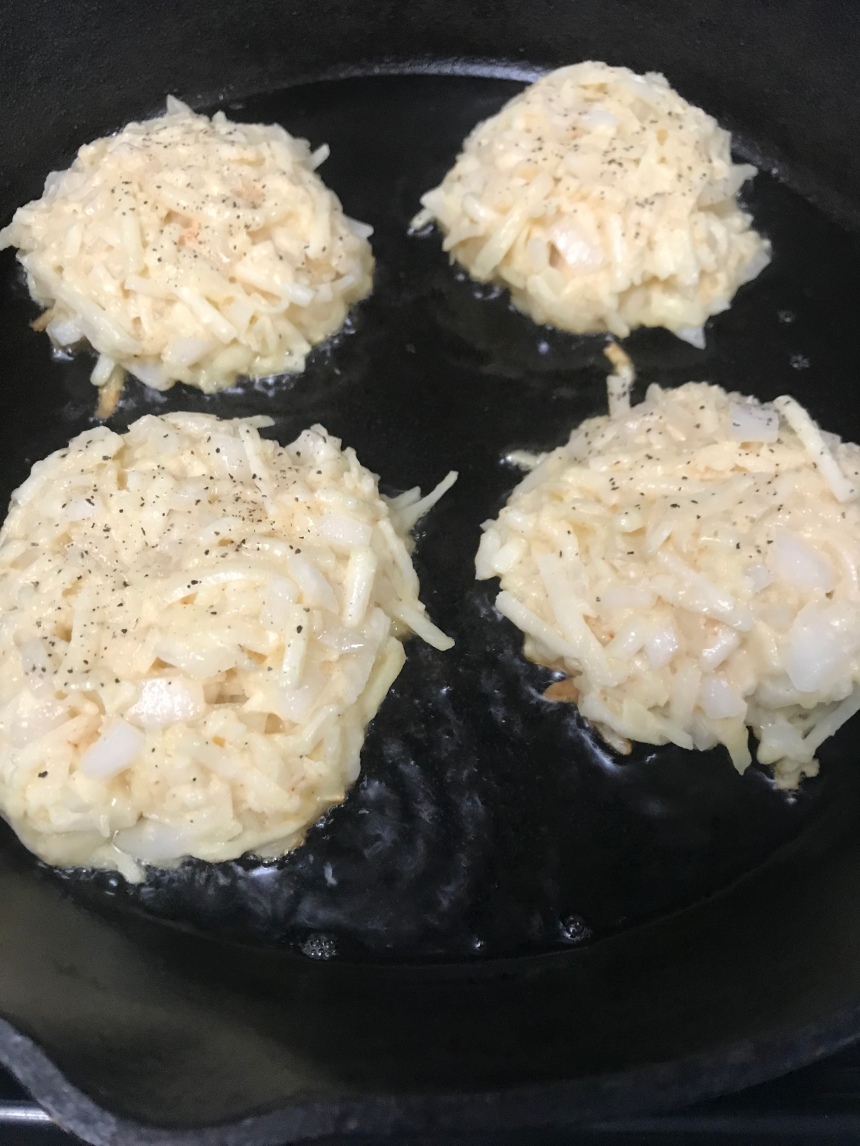 The key is starting in the freezer section. Defrost a bag of frozen hash browns (usually about 1 pound, maybe a little more). Mix them in a bowl with half an onion (chopped), two eggs, about 1/2 c. flour, cayenne pepper, and salt. I don’t really have exact measurements – I started with 1/3 c. flour but it looked like it needed more so I added another 1/4 c. Form the hash brown mixture into fat little hockey pucks and fry in oil in a cast iron skillet. When they get nice and brown on both sides, they’re done. I topped mine with sour cream that I mixed with scallions and the teeeeeniest drop of dijon. 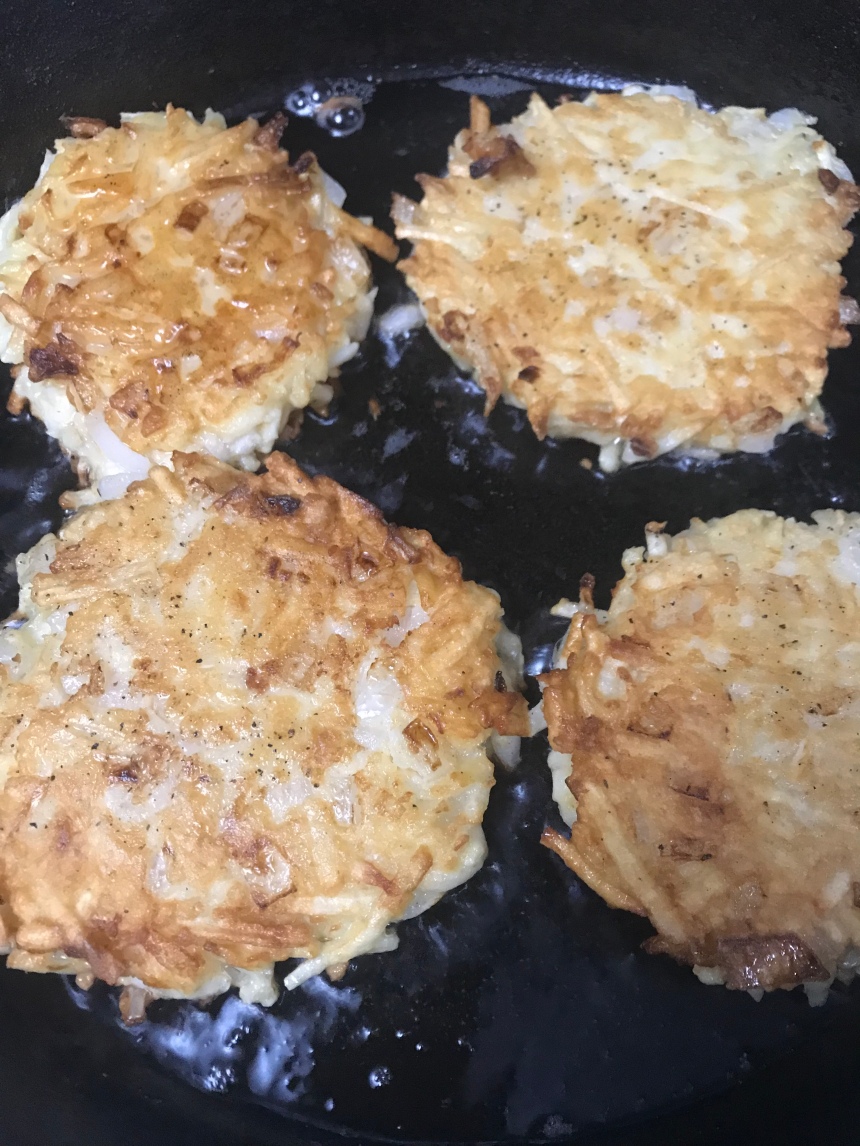 First of all, the cayenne makes a huge difference when it comes to flavor. It’s the slightest tweak to a standard recipe, but really makes these taste better than average. Flavoring your sour cream ever so slightly also goes a long way towards making your latkes a cut above. Finally – and most importantly – using frozen hash browns gives them a perfect texture and makes them fool proof. There always seems to be a lot of stress surrounding latkes on Chanukah. “Should we make them? What if they burn?” Now, the answer should always be yes, make them. With this recipe they’ll always come out delicious. 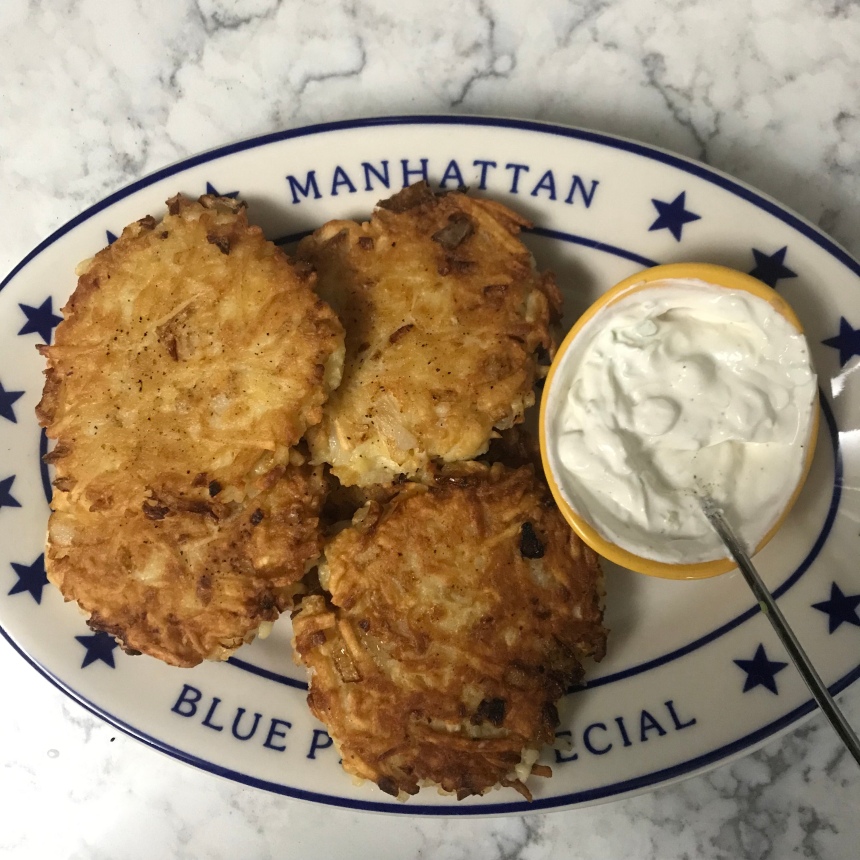 HOT TIP: There is plenty of room for customization here. I’ve never been a fan of applesauce as a latke topping and always go sour cream based like this (or sometimes with a homemade horsey sauce). But if you wanna get funky, top with some pico de gallo for a southwestern vibe or marinara and mozzarella for an Italian feel. I usually like staying more traditional, but you can’t deny that these simple latkes are a perfect canvas. 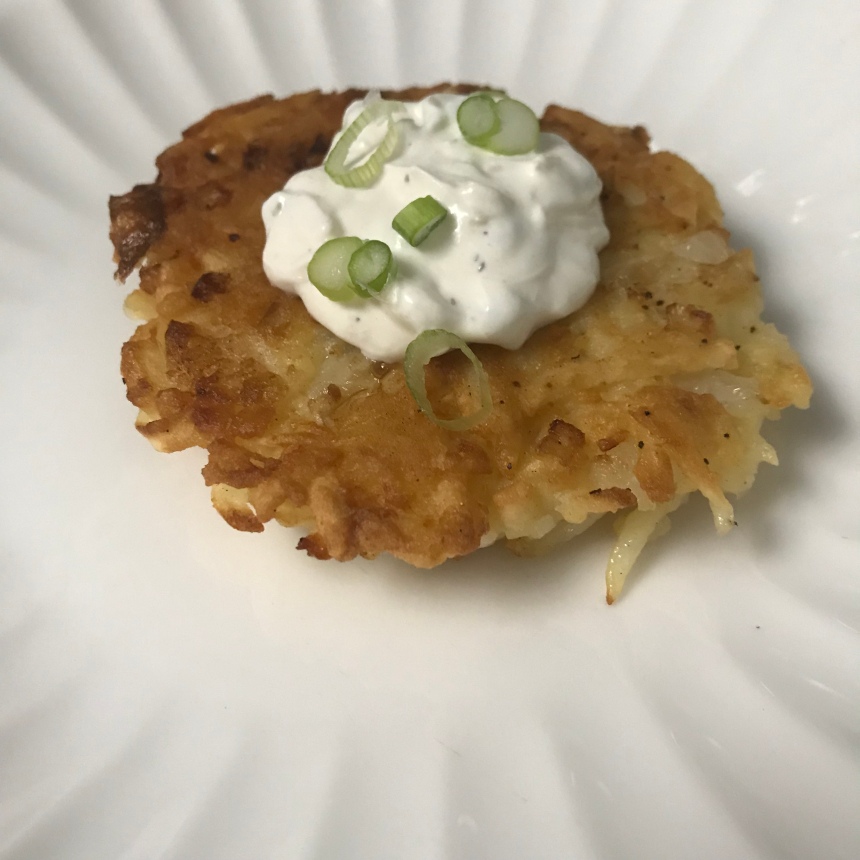